Applications related to crypto are very recent with very little technical resources on the subject, here is a scan of the data ecosystem and good practices of some crypto applications.

Many have opened crypto wallets in the past few months, but the term “wallet” is actually a bit of a misnomer as crypto wallets don’t really store cryptocurrency in the same way as physical wallets that hold cash. Instead, they read the public blockchain to show you your address balances and also hold the private keys that allow you to transact. One of two Metamask, created in July 2016 by developers Dan Finlay and Aaron Davis, the first global wallet announced in March 2022 to exceed 30 million MAU.

According to statista, user numbers for cryptocurrency apps in January 2021 reached a number only surpassed by numbers reached in December 2017. This after comparing download figures from Coinbase, Blockchain Wallet, Crypto.com, BRD, Trust, Luno, Binance, Bitcoin Wallet, Bitcoin Wallet from Bitcoin.com and Coinbase Wallet apps. While the top ten most popular cryptocurrency wallets had about 2.2 million downloads in December 2020, they had grown to over 5.6 million a month later. It was during this time that Bitcoin’s price rose significantly and other cryptocurrencies such as Dogecoin gained widespread interest. In February 2021, there were more than 68 million blockchain wallet users. The number continues to grow as new blockchain wallets and cryptocurrencies are introduced to the market.

Technical scan of 8 crypto applications for your transactions!

Developers can’t manage a tech stack without having a rough idea of ​​what’s going on, which is why it’s important to have an analytics platform in your stack. The “technology stack” or data ecosystem is a list of all the technological tools used to develop and operate a program. Developers talk about technical stacks because they make it easier to exchange a large amount of information about how an application is built. The term is sometimes used for marketing services (martech stacks) or business services (sales stacks), but was originally created by software developers.

So here is a list of trending apps in the crypto world – some of them are native apps and apps developed using cross-platform solutions. All apps can provide very rich user experience and extend the system with app extensions or interact with other apps to get a better user experience.

The AppScan provides an objective and synthetic view of all apps, simply by focusing on quality criteria. The AppScore calculation is the sum of several scores: 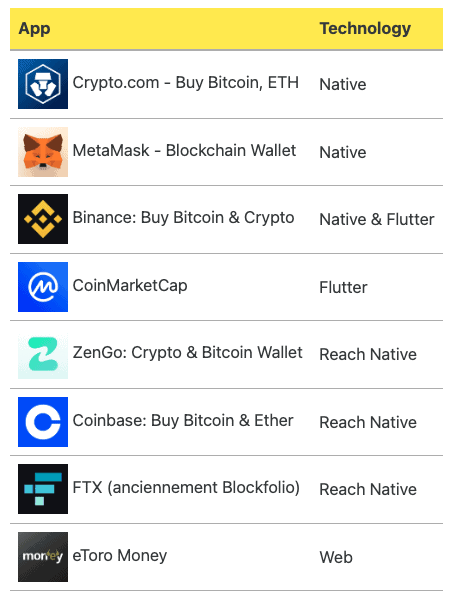 The size of the application is large so that it can be installed easily and is not limited due to the network. 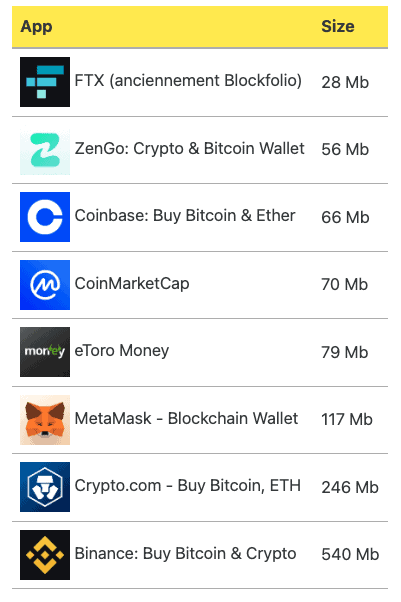 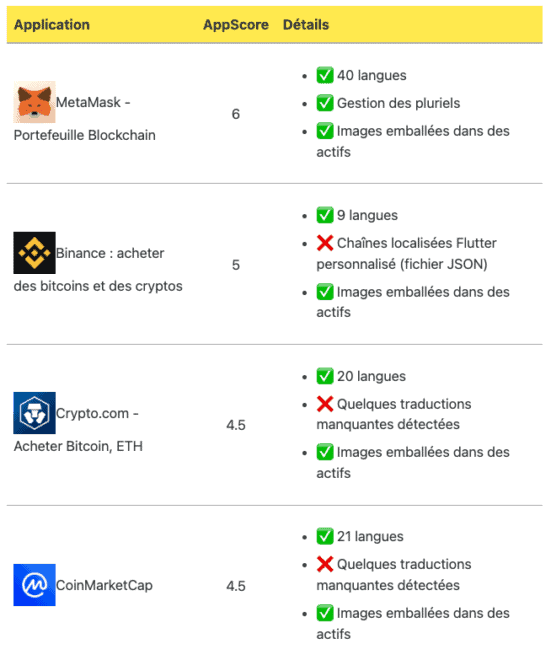 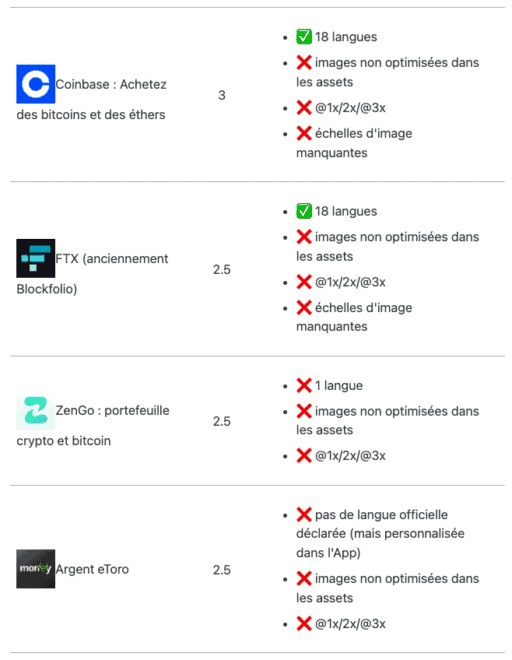 The scan evaluates by checking 3 things: detecting “risky” files in the app bundle (something readable that may contain important information), detecting security misconfiguration and detecting keys/easy to hijack API tokens. 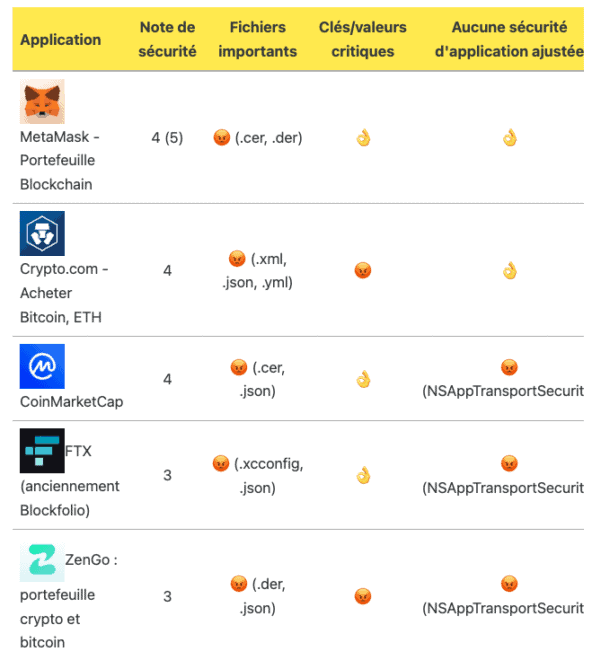 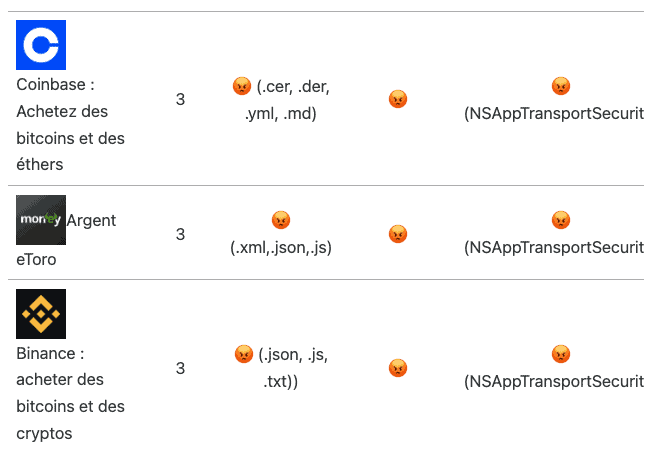