MCM “- JUNCKER: We need to stop asking people for their opinion.”

Either it’s a mess on your shelves, or my memory is failing. That there is “no possible democratic choice against the European treaties already ratified” is a fact and Juncker just pushed open a door, but above all there is no real choice either to allow a European treaty not to be ratified which actually presents a democratic problem .

“The demago-populist pandemic is serving the soup of current and future autocracies… Orban has ‘numbed’ Hungary, which is also China’s beachhead in Europe.”

They are well aware of this and are riding the wave

Europe, called democratic, and in particular its Commission, whose members are appointed and not elected, has no equal in this world except China and even then… in China the “boss” is “elected” by the delegates, while the appointment of the Head and Members of the Commission may only be ratified by the European Parliament.

But Europe would be democratic and China is a “dictatorship”;

Orban and his parliament were elected and, like Macron and even better than him, re-elected, but Europe doesn’t care and sits on the will of the Hungarian people.
Hungary is nothing but a province of Europe… That’s exactly what the English didn’t want.

Then !!! It’s the hospital that doesn’t care about charity!

The European Parliament says nothing about the EU dictatorship?

Short sentences in support, from Juncker, from U. l’Air Amer, and others… I have a whole stock of them on my shelves, accumulated for a few years.

E.g.:
– Olivier Dussopt, Minister Delegate for Public Accounts: the English can now determine their own tax policy, which we cannot do because of our membership of the European Union.
– JUNCKER: We need to stop asking people for their opinion.

– Not to mention the referenda of 2005 (France and the Netherlands)

Personally, I don’t call that democracy.

Hungary is no longer a democracy, officially acknowledges the European Parliament
MEPs have largely passed a text describing the country led by Viktor Orban as a “hybrid regime of electoral autocracy”. The Huffington Post

If one day you manage to understand the world itself, don’t hesitate to let me know

And what about democracy in France?

Hungary is no longer a democracy, officially acknowledges the European Parliament

MEPs have largely passed a text describing the country led by Viktor Orban as a “hybrid regime of electoral autocracy”. The Huffington Post

When we see what is happening in the United States, where the Texas governor sent two busses of migrants to Kamala Harris, the vocabulary journalists use is completely different, while the basic problem is the same.

A deep political disagreement between the states and the federal government.

It must be said, and the lack of a strong response from the countries to the state of Ursula von Der Leyen’s trade union speech is proof of this, with only a few deputies reacting sharply to her, that the presidents of the Member States have less power than the governor of a US state.

It is high time that European leaders were elected.

You can also add Poland.

The demago-populist pandemic is serving the soup of current and future autocracies. The EU must stop subsidizing all elected Eurosceptic governments by spitting in the soup. Orban “poutinized” Hungary, which is also China’s beachhead in Europe.

the question is: why are mafia states allowed to enter Europe?;

would the EU eat at all the shelves?

soon Sweden and Italy against the Brussels dictatorship, Hungary will no longer be alone 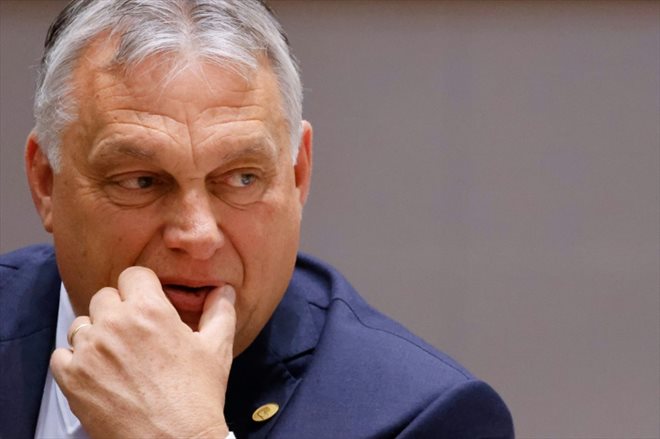 Brussels is expected to offer on Sunday to freeze the disbursement of billions of euros in funds to Hungary over the country’s shortcomings in public procurement, while giving Budapest a chance to escape the penalty through reforms.

In April, the European Commission launched a never-before-seen procedure against Hungary that could lead to the suspension of European funding whose use is threatened by corruption problems or lack of judicial control in a country.

After months of exchanges with Budapest, at the end of a meeting on Sunday, the community administration must present its position to the Council, an institution that represents the member states and which will be responsible for the final decision.

European Commissioner Johannes Hahn had proposed in an internal document in July to freeze 70% of funds from various cohesion policy programs to be allocated to Hungary for the 2021-2027 period.

But according to European sources, this share should be revised downwards due to the Hungarian government’s “efforts” to address Brussels’ concerns.

The European Commission should also propose to Member States to offer Hungary a way out so that it can escape the suspension of funds if it implements the required reforms in the fight against corruption.

Member States have one month to decide – by qualified majority – on the Commission’s proposal, but the deadline can be extended by a further two months.

Brussels is concerned about the use of the EU budget by the government of nationalist Viktor Orban, who has been in power since 2010. It points to irregularities and shortcomings in public procurement procedures, the high percentage of single applications for these contracts, the lack of control on conflicts of interest and legal proceedings in case of suspected fraud.

Budapest is struggling to escape the axe, but also to convince Brussels to unblock its post-Covid recovery plan (5.8 billion euros in subsidies). Hungary is the only EU country whose plan has still not been given the green light by the European Commission, for the same reasons related to respect for the rule of law.

Hungary recently announced that it would soon establish an “independent authority” to fight corruption, responsible for monitoring the use of EU funds and improving the transparency of public procurement.

Measures should enable citizens to lodge a complaint with the courts if they believe that the prosecution has arbitrarily terminated a corruption investigation. The transparency of the legislative process also needs to be strengthened.

Gergely Gulyas, Prime Minister Viktor Orban’s chief of staff, announced on Saturday that laws intended to allay European fears will be voted on in Hungary’s parliament next week. They “will come into effect in November,” he promised.

The asset declaration system for Hungarian MPs was also modified in July to bring it in line with European Parliament rules.

Hungarian Justice Minister Judit Varga has visited several European capitals in recent days to plead the case for her country, which is in a difficult economic situation, against a backdrop of runaway inflation and the fall of the forint, the national currency.

Without agreement on the Hungarian recovery plan by the end of the year, 70% of subsidies will be lost.

The European Parliament, in a report voted by a large majority on Thursday, estimated that Hungary was no longer a true democracy, but “an electoral autocracy”, and called on the Commission “to refrain from approving the Hungarian plan that will not have fully complied with” all recommendations” from Brussels.