Star Atlas promises a lot to NFT gaming fans, although the release is not in sight anytime soon. For now, we’ll have to be content with the minigame to familiarize yourself with this futuristic world of 2620.

If you are a fan of nft gamesSurely you have heard of a game that is slated to be released in 2022, Star Atlas. Built on Solana, one of the alternatives to Ethereum, the game offers entertaining gameplay. It also allows you to create a virtual economy. With its two ATLAS and POLIS tokens, you can respectively buy enough to build your empire or participate in the governance of the platform. However, the developers are a bit late with the official release of the game, which seems more or less frustrating to the public. Yet we can already start playing with his minigame available in browser. For that, here’s everything you need to know about this NFT game, similar to James Cameron’s Avatar movie.

What is Star Atlas?

Star Atlas is a metaverse game NFT slated to release in this year. It was designed by a duo of experts. The CEO is fintech veteran Michael Wagner, co-founder. The other co-founder is Gabriel A. He has a background in behavioral research, data science and behavioral economics.

The game is based on the Solana cryptocurrency and created on Unreal Engine 5. The adventures are set in a futuristic universe (in 2620) of science fiction populated by humans, androids and a few rare aliens. The player can choose his faction and can change faction at his discretion.

Referring to game information, this is not free to play; you have to pay before you play. To do this, you must have a Solana wallet. This is used to perform all transactions and the payment of various fees. For example, to choose which faction to represent, the player must pay a little less than one cent of SOL.

During the game, the player can earn basic tokens with which he can buy items or participate in the development of the project. The game does not yet exist in an immersive version. However, you can try it in the browser.

The player has several ways to fuel his economy within the platform. in addition to the play to earncan also make the player NFT Trading or win viamining.

To explore the virtual world of Star Atlas, the player can take on the role of a spaceship captainI’m the head of a crew. Thus, he can lead his crew to the different places of this world and discover the resources it contains.

He can then exploit the resources obtained by refining them and then trading them on various platforms like refineries, mining facilities. The player can also trade the resources directly on a larger market.

The gameplay of Star Atlas combines different genres. Initially, it is an exploration that allows the player to discover a vast universe that hides a large number of exploitable resources. It is also a strategy game so the player has to come up with different tactics to win and interact with his environment.

In addition, Star Atlas also transforms into a flight simulation when the player enters the cockpit of the ship to control it. Finally, there is a role-playing game as the player can choose his own career. 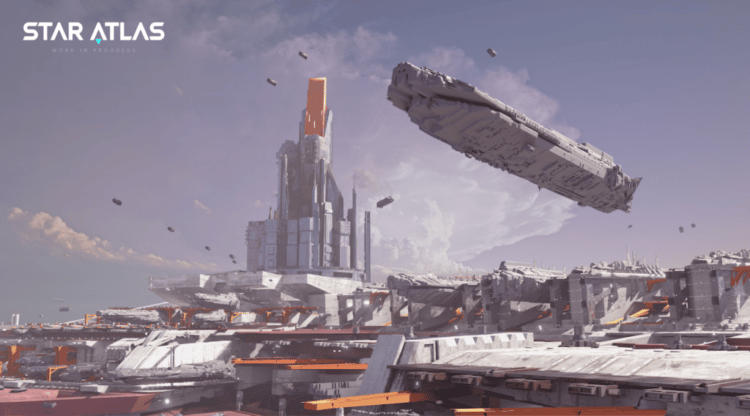 Exploring the metaverse is one of the common threads of NFT games. In Star Atlas, the player must explore space find and exploit sources. In this mode, he has a dynamic overview of the various unexplored areas of this universe. For this he must use Star Atlas cartography.

At the end of his exploration, the player discovers mining resources which he will then use to create his virtual economy. He can then build your own career in one or more of the existing activities at Star Atlas. For example, the player can play the role of a merchant, an ore carrier, both in raw state and after refining. The game offers a wide choice of specializations that he can utilize as he progresses.

As mentioned before, Star Atlas is also a flight simulation. The player can control the ship from the inside by stepping into the cockpit. This ensures complete immersion and allows the captain to steer the ship wherever they want with a first person perspective.

To play Star Atlas, you must have a Solana wallet. However, SOL is not used directly, it must be converted into tokens. The game has two native tokens: ATLAS and POLIS. ATLAS is mainly used for: trade within the space while POLIS has access to the platform management.

In addition, Star Atlas also offers to NFT market in which the ATLAS token and USDC will be used to purchase non-fungible tokens. NFTs, in turn, will be used as ships, equipment and much more.

As for the POLIS token, it allows the holder to participate in the decision making on the development of the platform. Indeed, holding POLIS tokens gives the player almost full voting rights in the DAO. It is also with these tokens that he can exercise control over the treasury and participate financially in the game. It should be noted that the stock of POLIS is fixed.

In Star Atlas, there are the following different NFTs: Ships, Structures, Collections, Access and Username. The player can buy as many NFTs as he can with his tokens. The NFTs thus obtained constitute the stock and are stored in his connected wallet. Stock is used to start a career in Star Atlas or become a trader on the platform.

There are several according to their rarity and size. In terms of size, Star Atlas offers ships from very very small to large. Once the player has chosen his ship, he can see its features.

The game provides a full description of each ship. The catalog also shows the offer, the price and how to buy or sell it in the metaverse.

These include claims takes, mining drills, power plants, and even space stations. Each structure NFT is presented with its usability in the game taking into account its rarity. On the other hand, each structure provides information about the characteristics of the NFT such as specifications and power supply.

These collectibles are usually people, skins, pets, emotes, gear, and charms. Each NFT has: its own value and usefulness in-game and in the Star Atlas Market. There you can see the essential information and the places where you can exchange NFTs.

These are badges and licenses that the player can use later, depending on the evolution of the game. Thus there is the ” Executive Badge which has a built-in utility. This badge offers the owner: future benefits.

Star Atlas also allows players to create NFTs from usernames. These can then acts within the platform.

How are NFT exchanges done on Star Atlas?

Buying and selling NFTs is done using ATLAS or USDC tokens. For this, the wallet must be sufficiently financed. As for the NFT exchange, just click on ” Buy now “.

Transactions on Star Atlas incur additional costs. This can be a disadvantage of the platform compared to other markets. Only, NFT trading is here Pear to Pear. This facilitates trades without going through a defined market.

In this game, all important information comes with the NFT, including instructions on how to sell and buy. Each user can therefore choose the NFTs of his choice according to his needs. 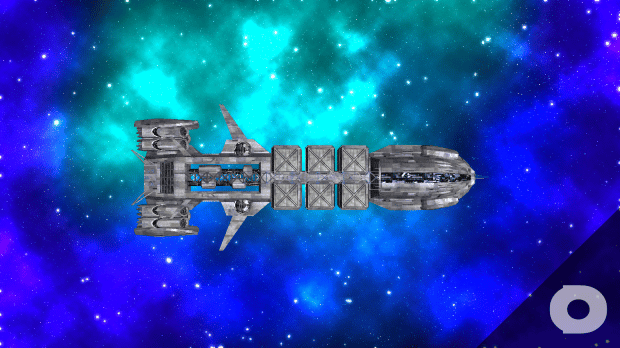 What stage is the game in now?

Star Atlas is currently in the development phase, more precisely in phase 2. Therefore, we can already play the minigame via the browser. The designers have not yet set official dates for the game’s next developments, although they have already announced the details of each phase.

According to them, phase 3 will contain a new sales module: Shipyard where each player can see the assets they have collected. Then, in phase 4, they will beta version. As for Phase 5, the Star Atlas designers plan to include another loot box-type feature that ” salvage wars “.

At the moment, the comments about the game are mostly negative, mainly because the information about it is sparse. In the meantime, you can choose between the different nft games already available in immersive version.