The traditional working visit to schools did not take place this year. At least not for the time being, Mayor David Marti said this Wednesday morning in front of more than 100 people at the Victor Hugo school. 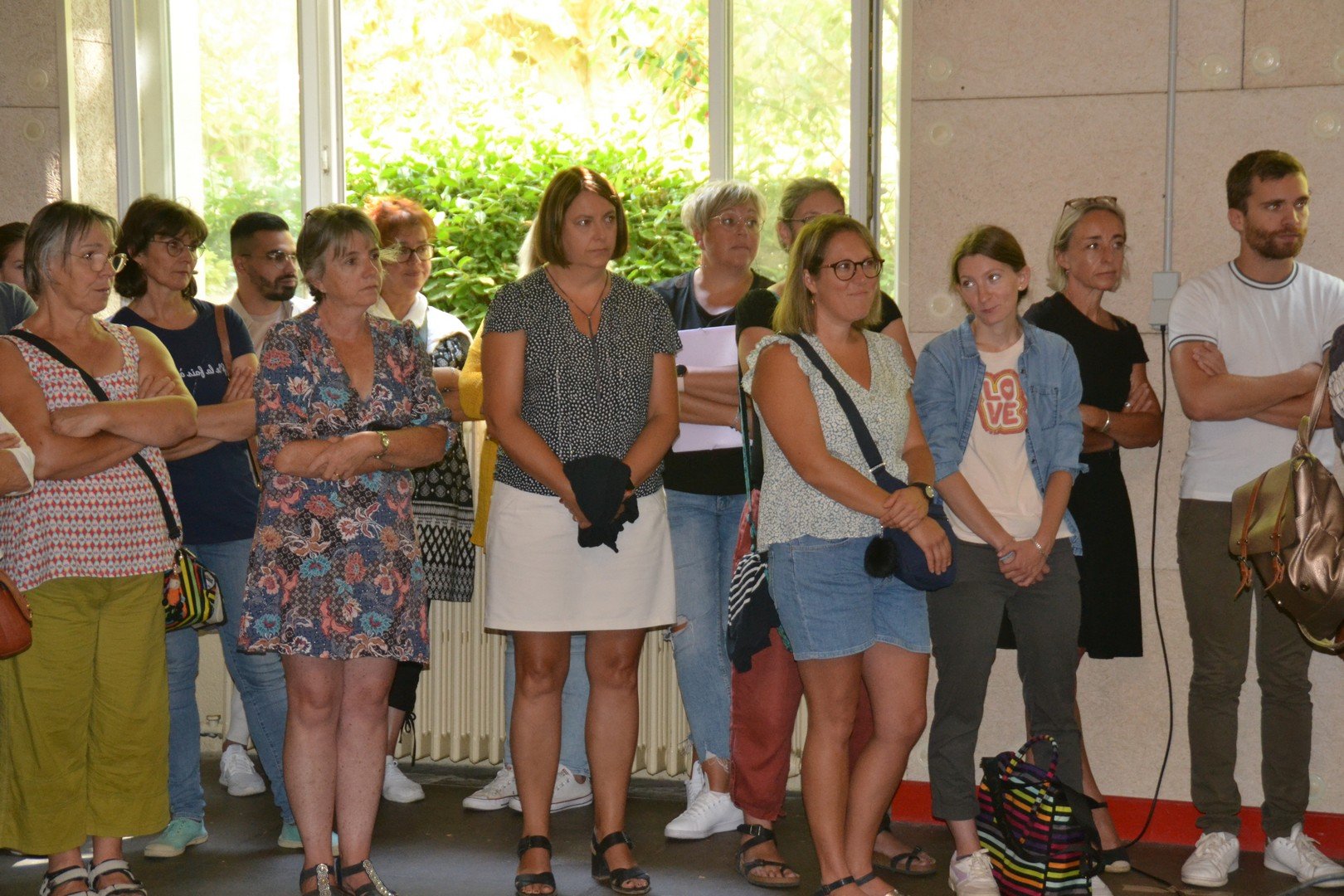 UPDATED Thursday at 7.30am 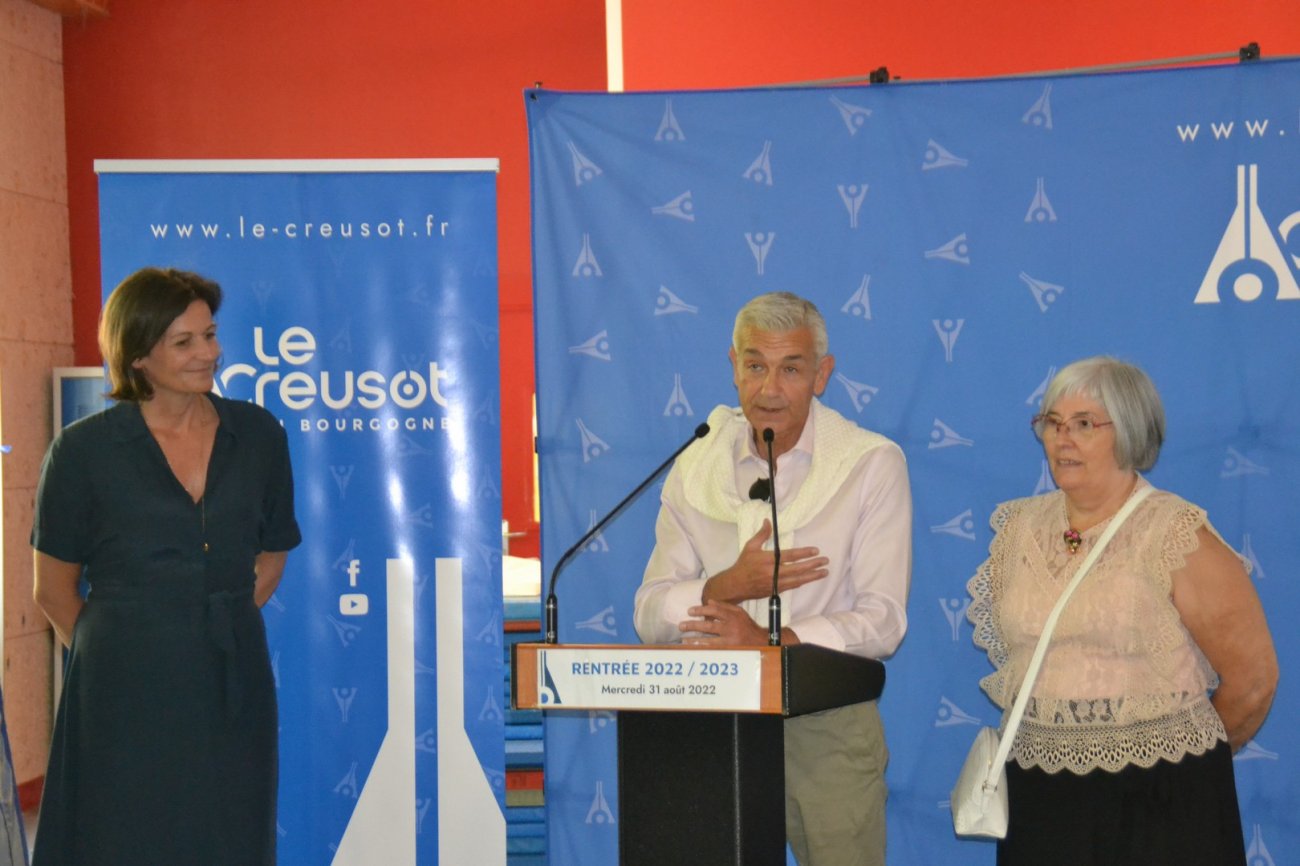 On the occasion of this new school year, the municipality wanted to innovate by bringing all the school’s partners together. First of all, the team of the Departmental Inspectorate around Mrs. Ségolène Merlet, Inspector of National Education, the directors and directors of schools, the teachers, the municipal staff, sports and cultural organizers, extracurricular services, agents on duty … but also the DDEN and the representatives of the parents of students.

During his speech, David Marti underlined the difficulties the country is currently experiencing and Le Creusot is no exception. The crises have followed one another since 2008. Financial, economic, health, climate and Ukrainian conflict. So it is inevitable that work in schools will be affected. Some are completed, others are in progress, and others will start later. Due to supply and human resource difficulties.
In spite of everything, it is one million € that is spent on capital expenditures, works and computer equipment and furniture. €4 million is earmarked for operating costs, relating to personnel costs, miscellaneous purchases and energy, with the latter taking center stage. The city’s budgets, like those of the urban community of which he is the president, will be greatly affected, it will be necessary to reduce expenditure, they amount to hundreds of thousands of €.
David Marti wanted this meeting with all partners of the school to also be a convivial moment and a time for discussion. This is especially in the interest of the children, even though we finally realize that a few days before the start of the school year some students will not have a teacher in front of them. Teachers whose circumstances are sometimes difficult, but whose salary will be increased after the latest state announcements. It was time to respond to awaken new callings. David Marti recalls that the city invests heavily in educational and human resources, with a particular focus on inclusive schools and working conditions.

As for the number of students, 1,464 planned for this start of the school year, a slight decrease can be seen. The departure of CM2 before the 6th year is not compensated by the arrivals in kindergarten, but some stability in the numbers after that is rather encouraging.
Caroline Richard becomes the new director of the tennis kindergarten and Stéphanie Pacotte takes over the management of the primary school Raymond Rochette after the merger of the primary and kindergartens. New extracurricular animators are also returning to school. David Marti pays tribute to the staff of the Pôle Familles Education Jeunesse and to all the city’s services dedicated to children. Before wishing everyone a good return to school, he will ask everyone to show solidarity to overcome the difficulties.
Ségolène Merlet, Inspector of National Education, will applaud the substantive and formal efforts. It will emphasize the importance of pleasant and functional buildings and the competence of leaders in sports, culture and extracurricular activities. This important partnership work must continue despite the damaging context. It is appropriate to thank the city for what it is doing for the benefit of the children and to remain optimistic. Before he closes his speech with good news! “The gaps will be filled.”
This very complete return meeting was continued with a Powerpoint about the work in the different schools of the City and with a glass of friendship in which the exchanges continued. 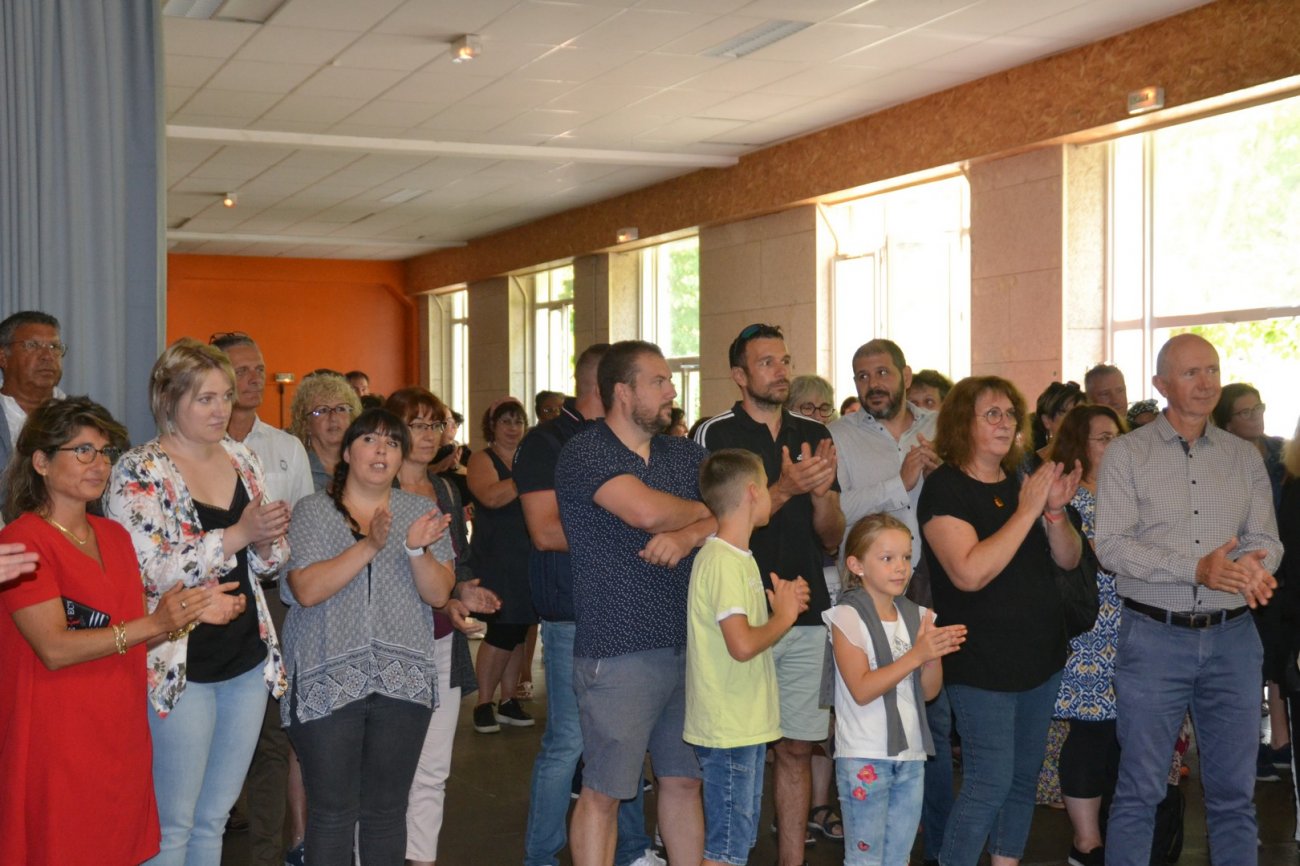 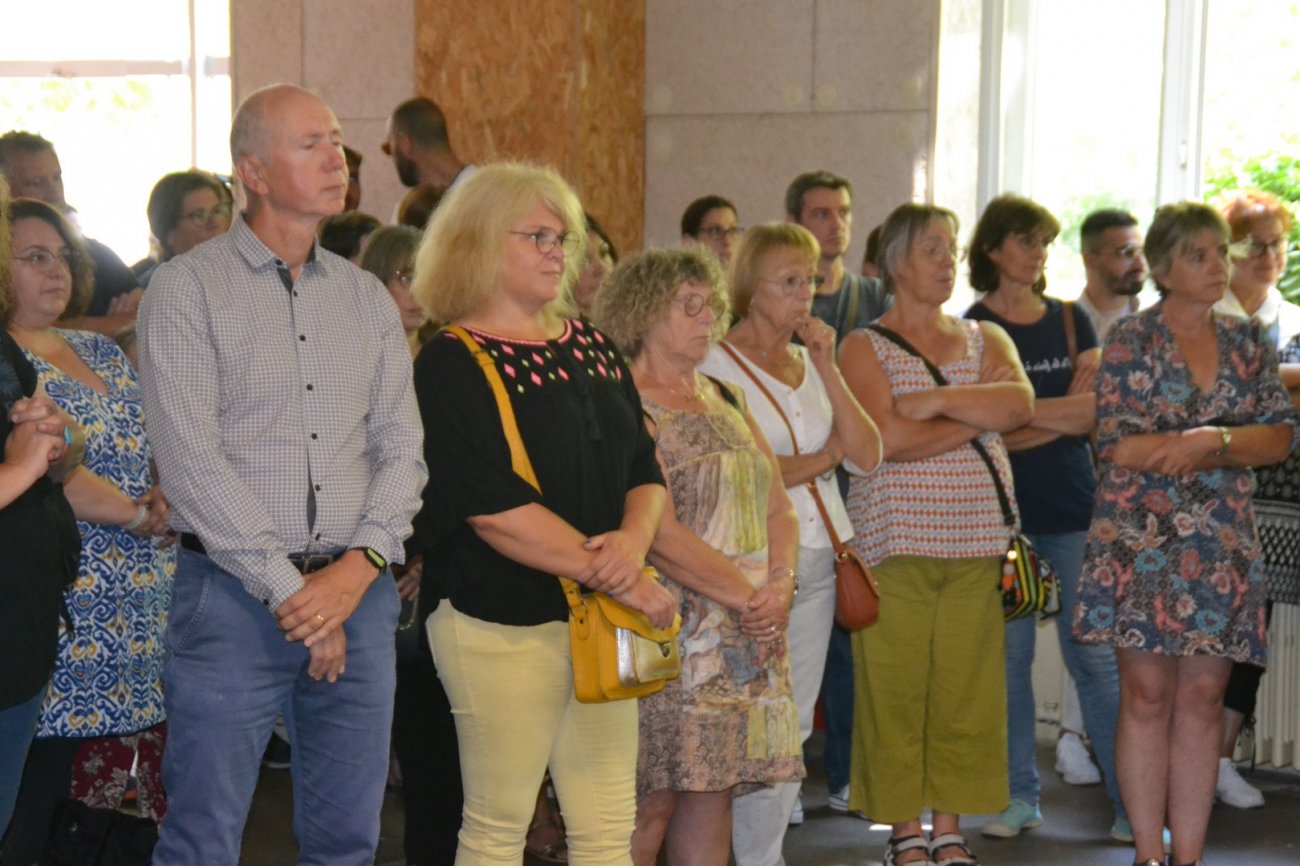 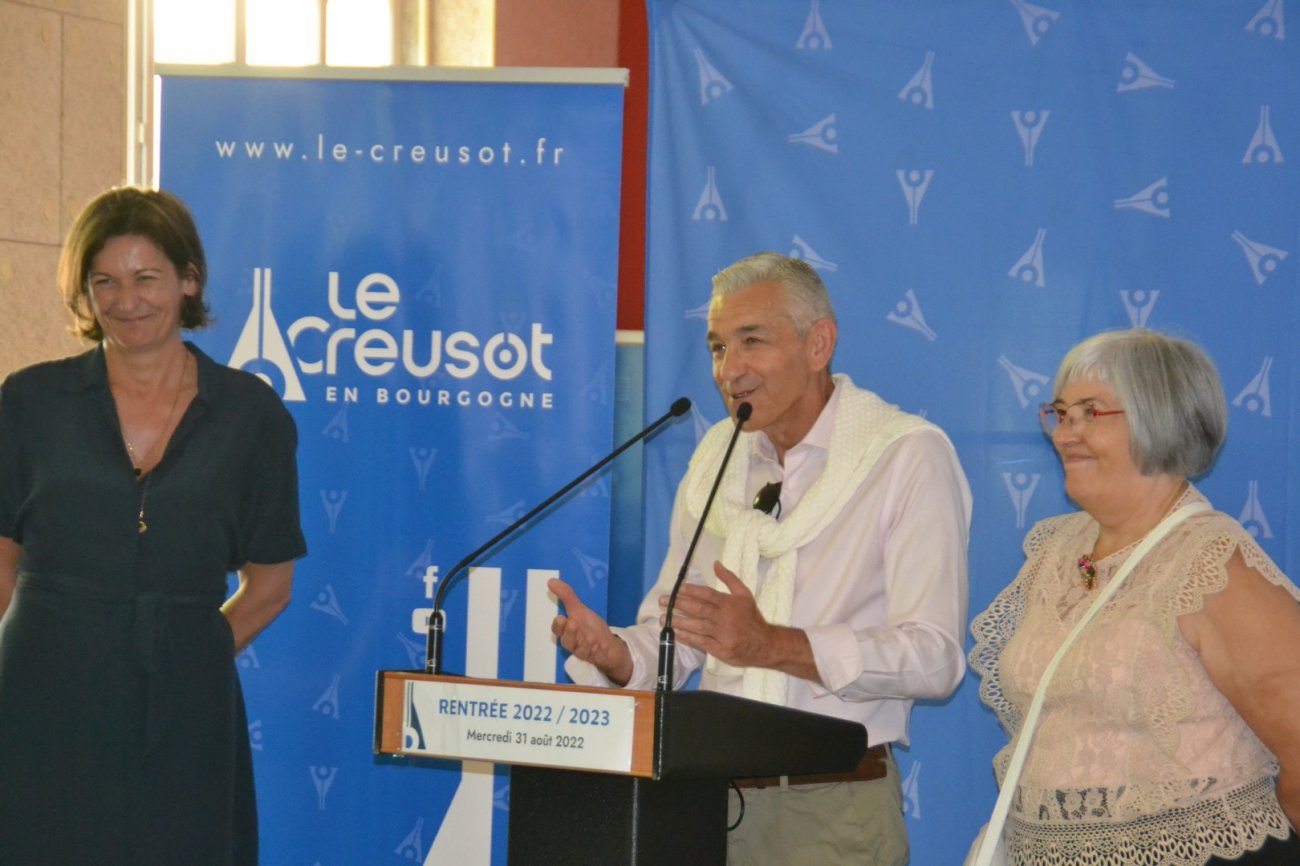 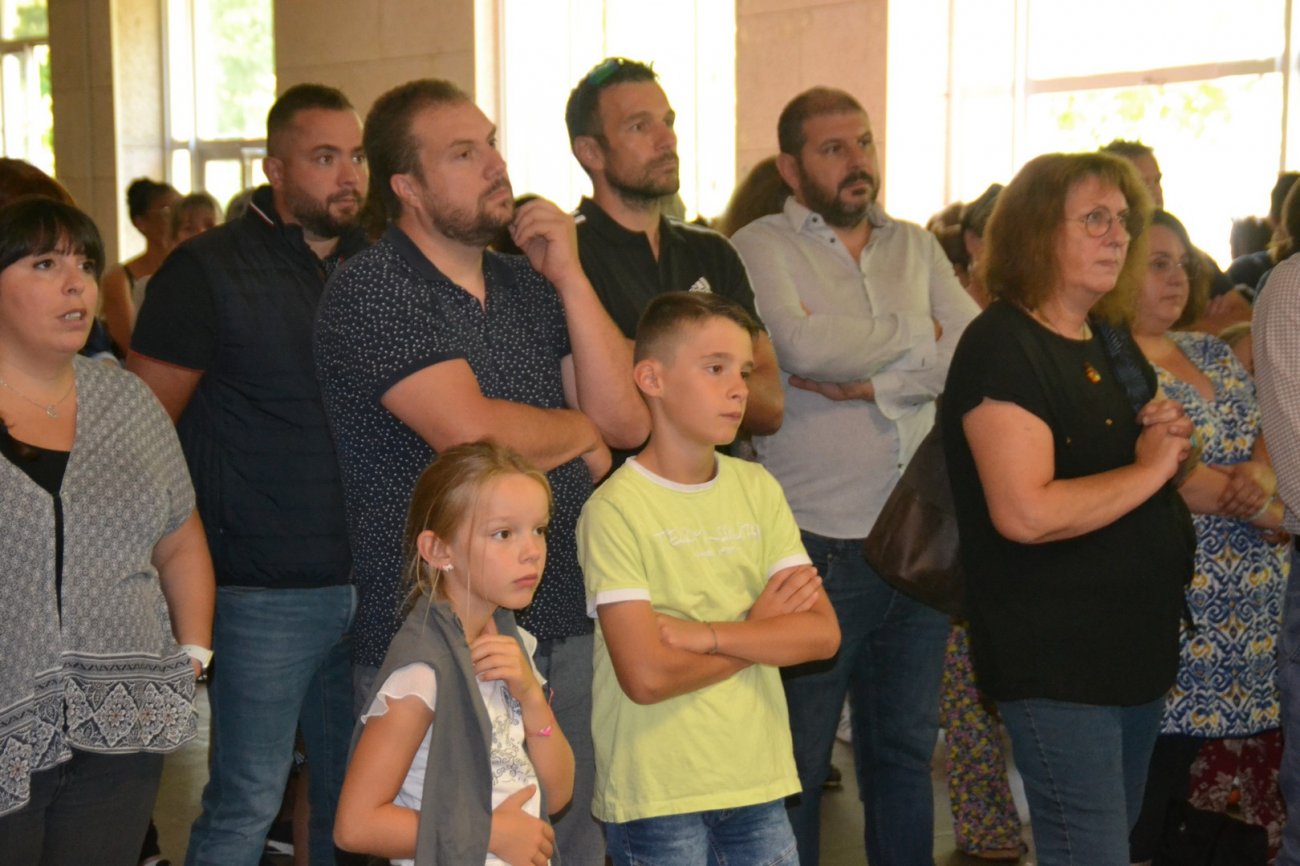 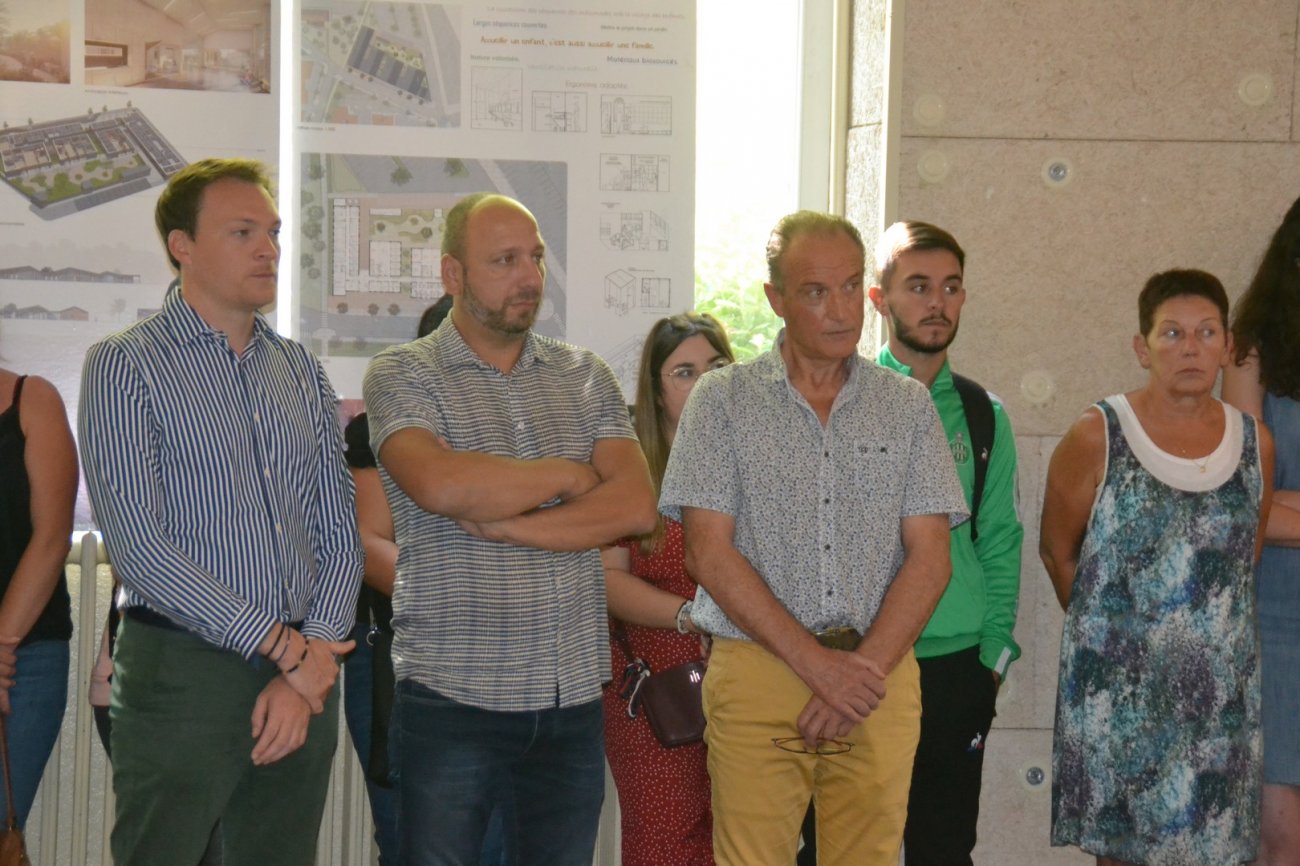 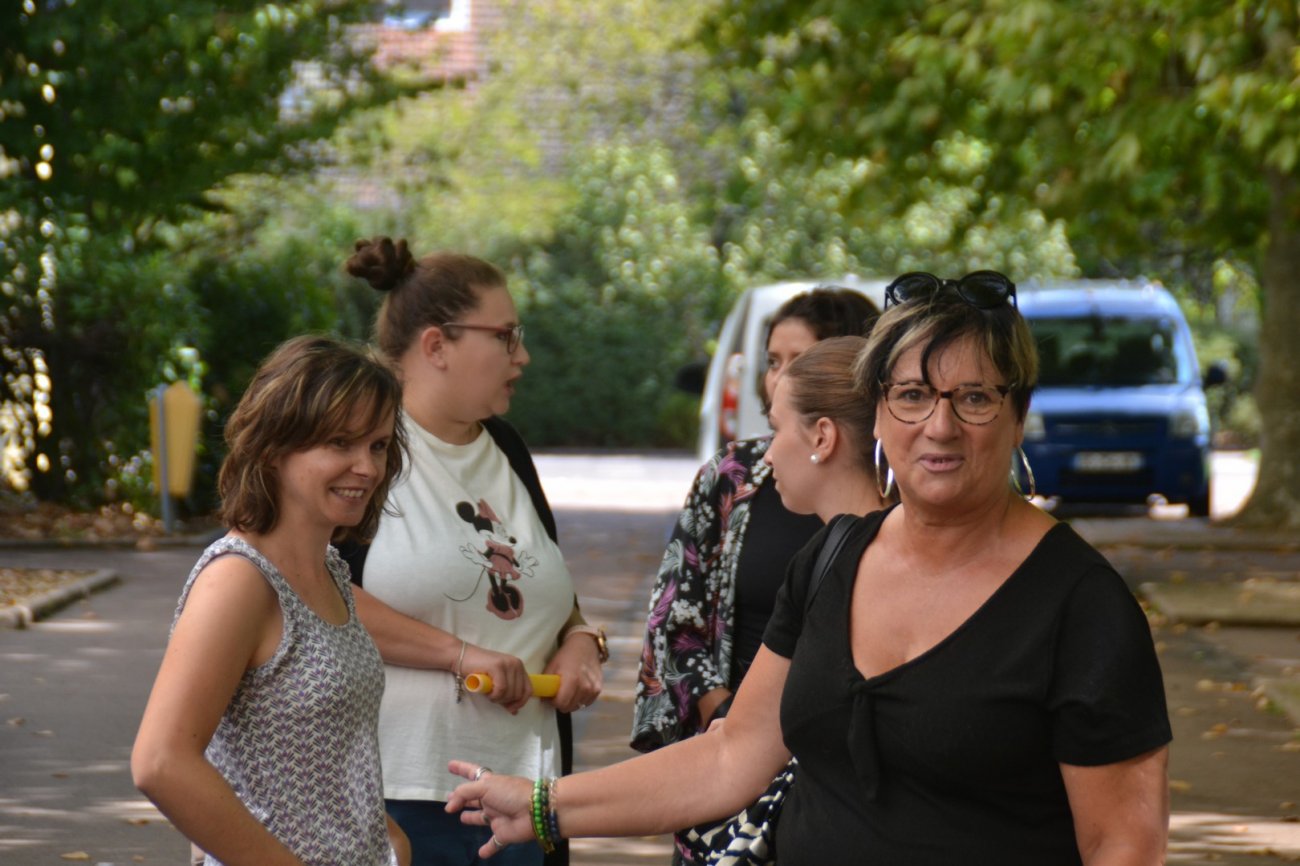 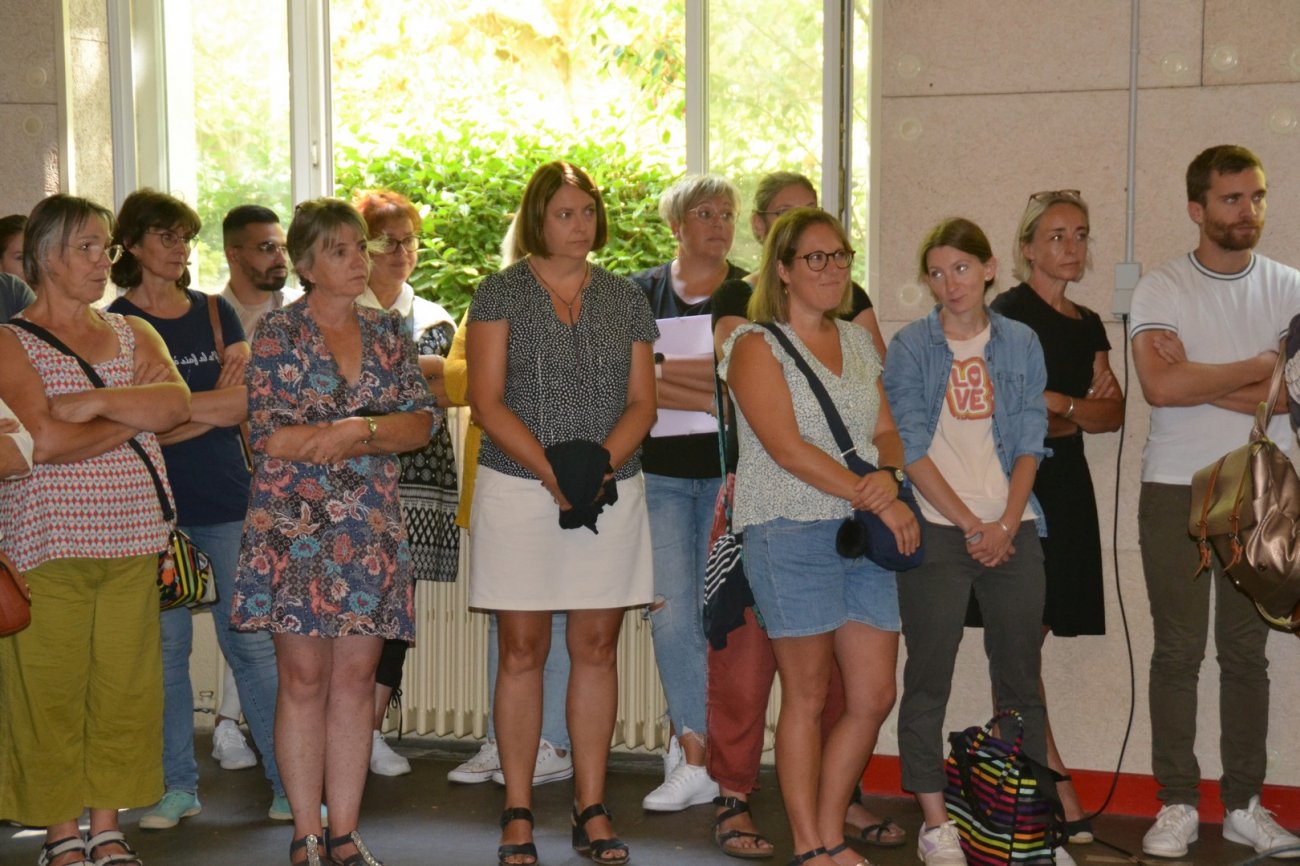 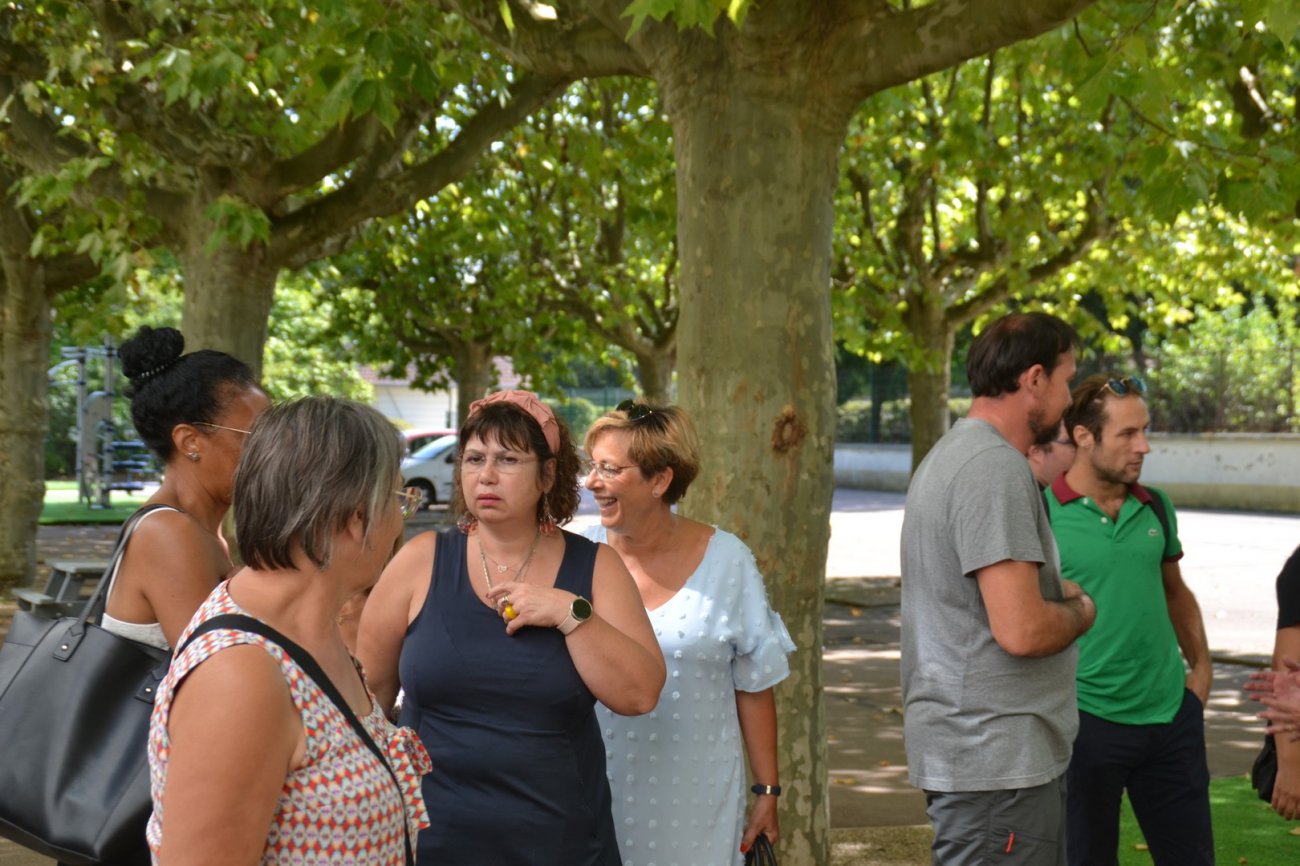 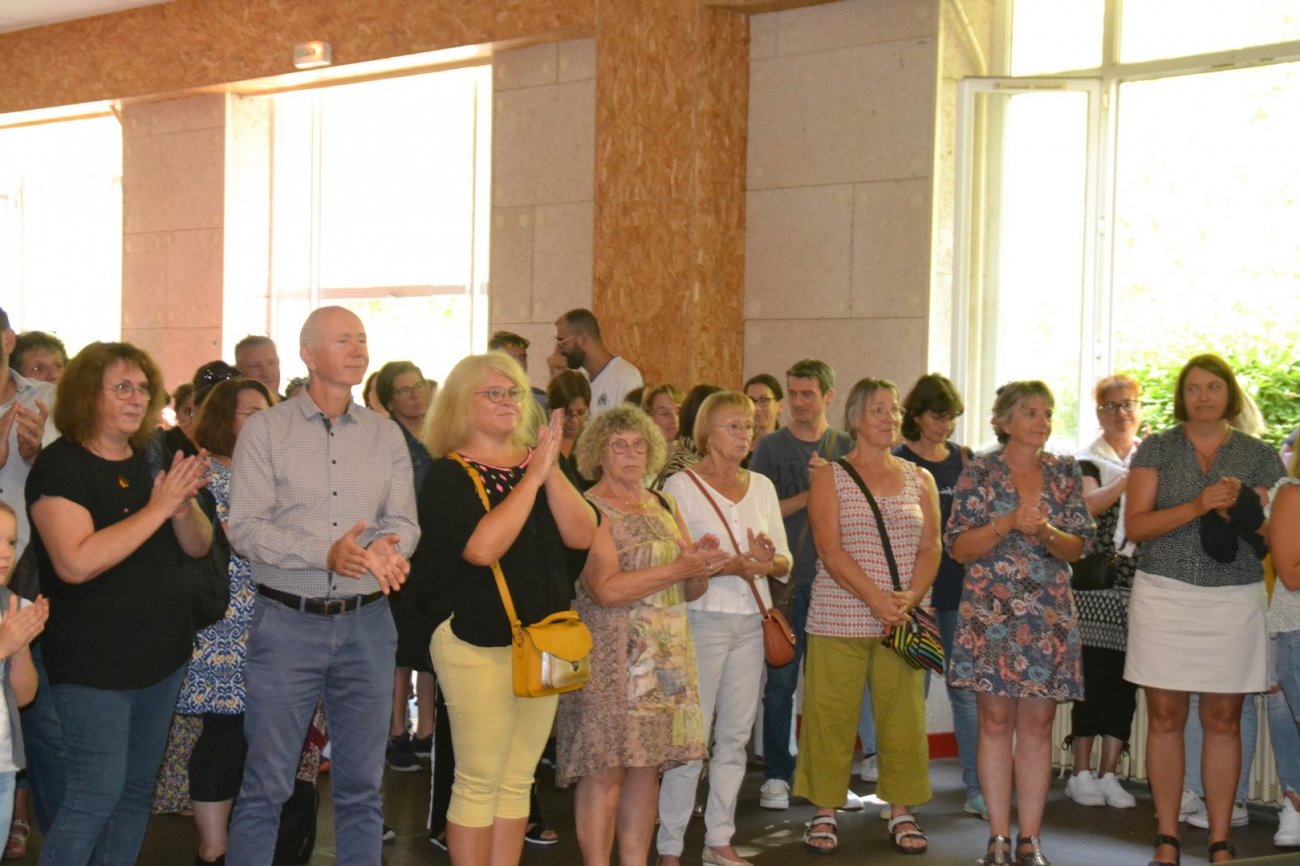 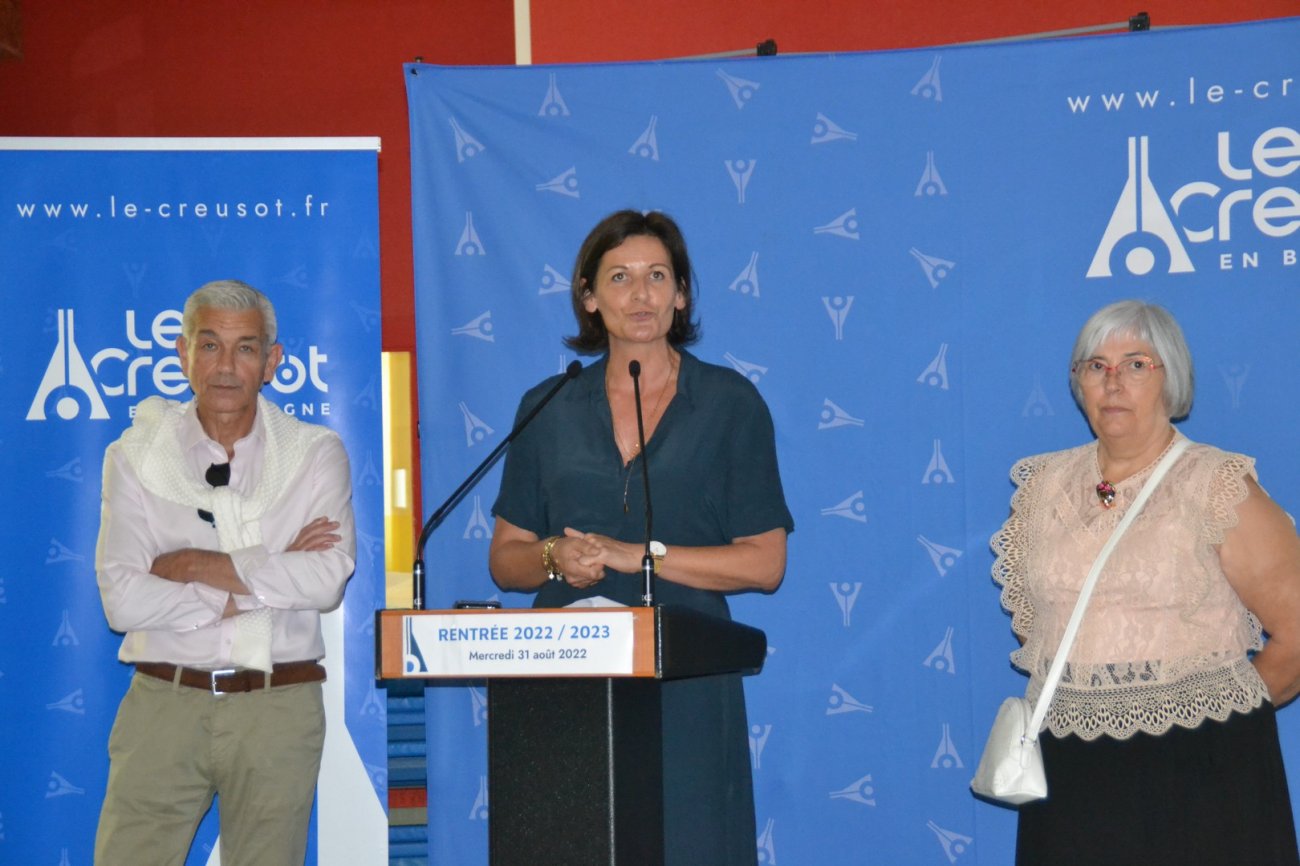 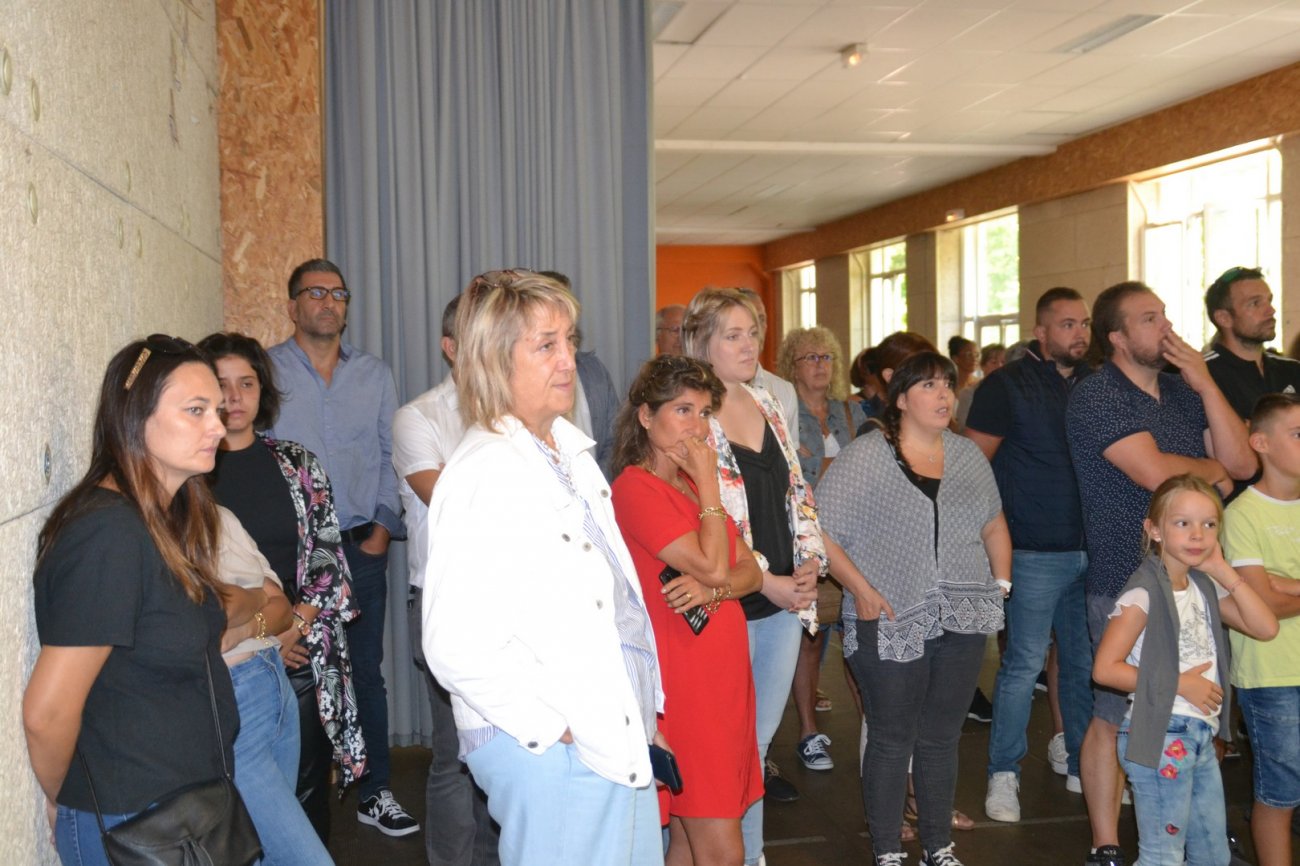 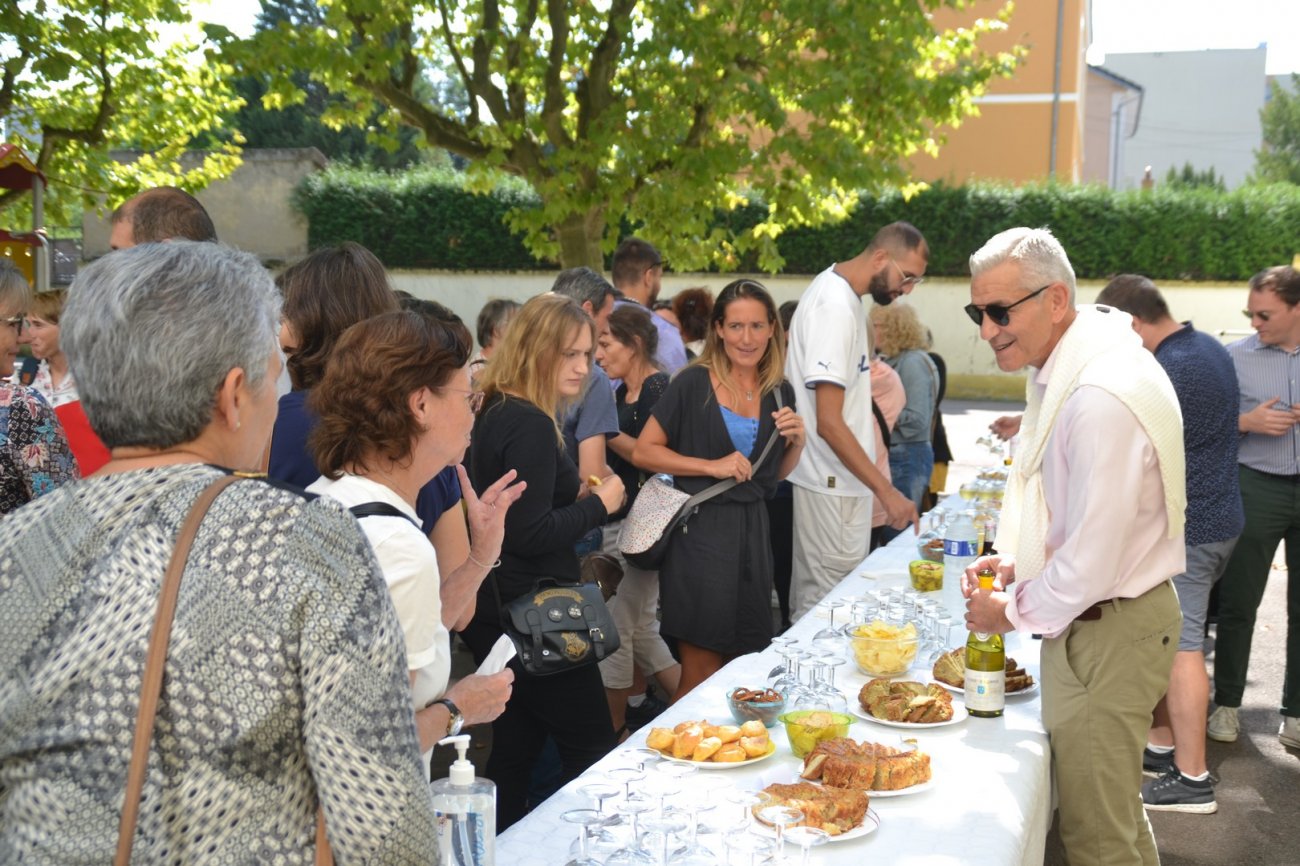 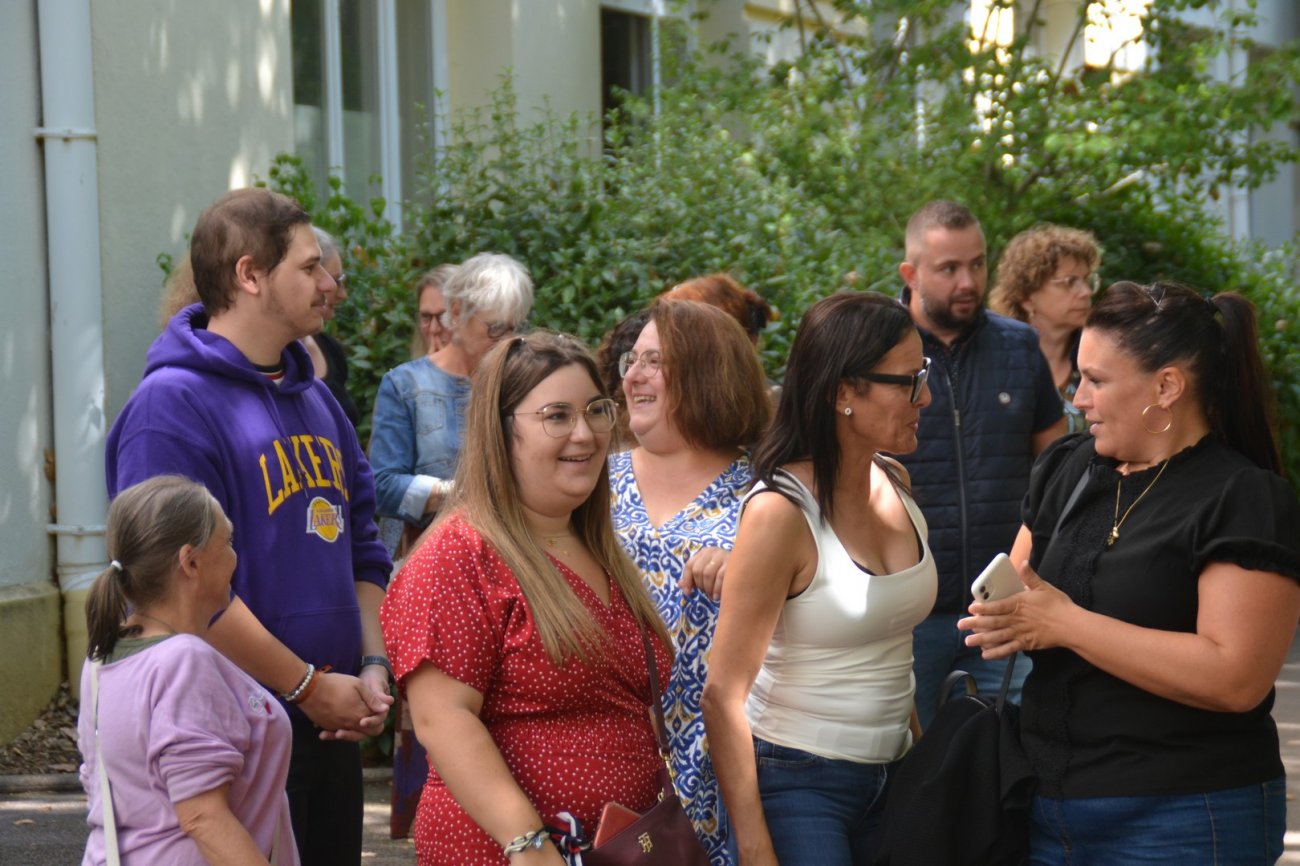 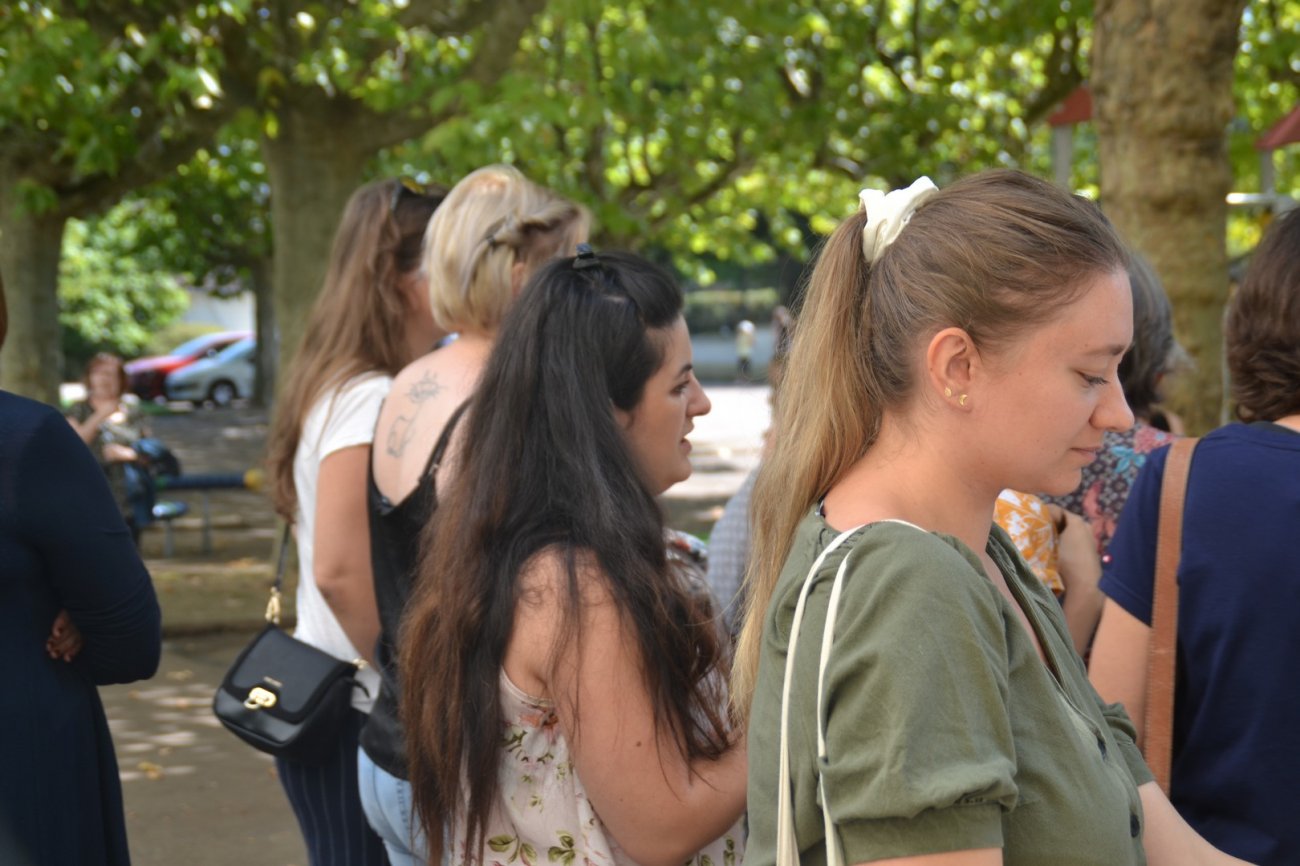 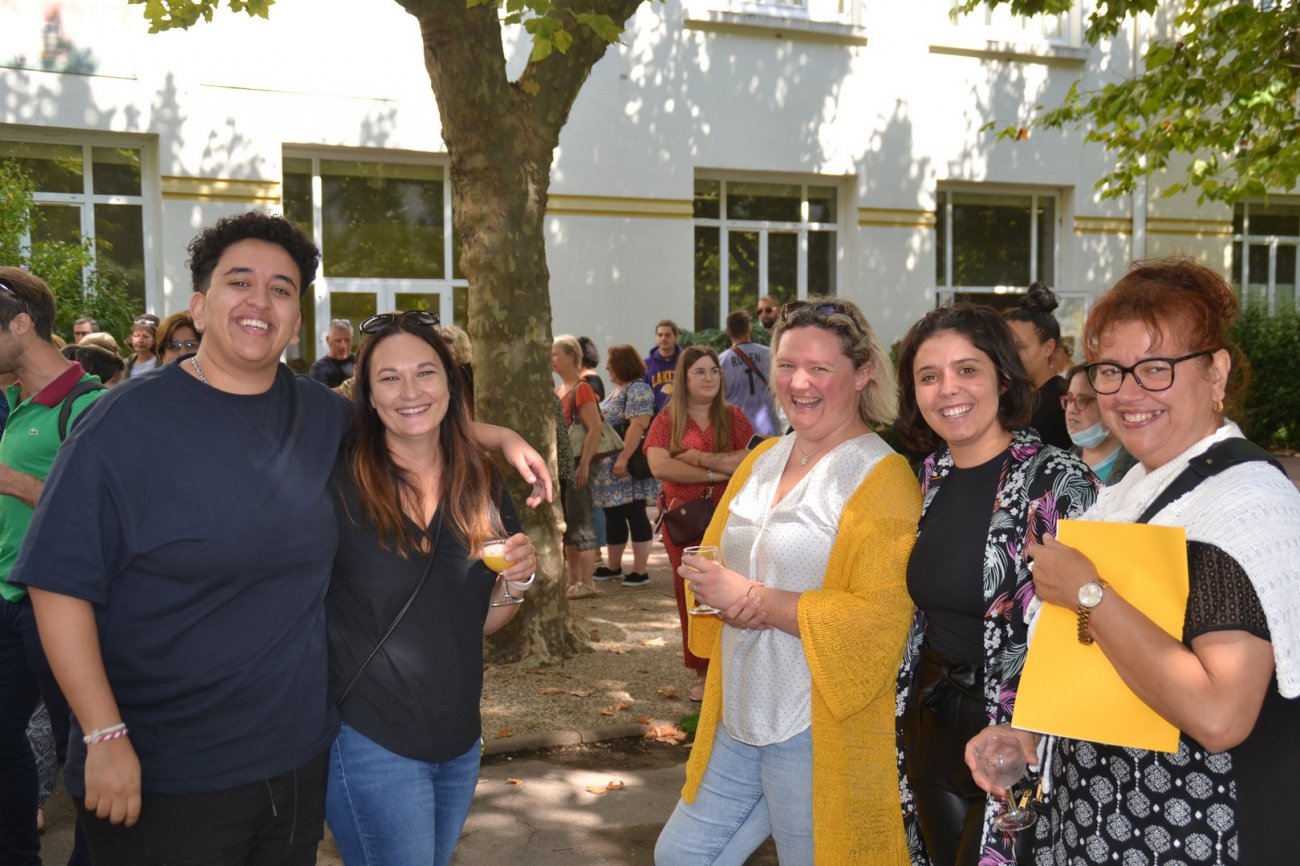 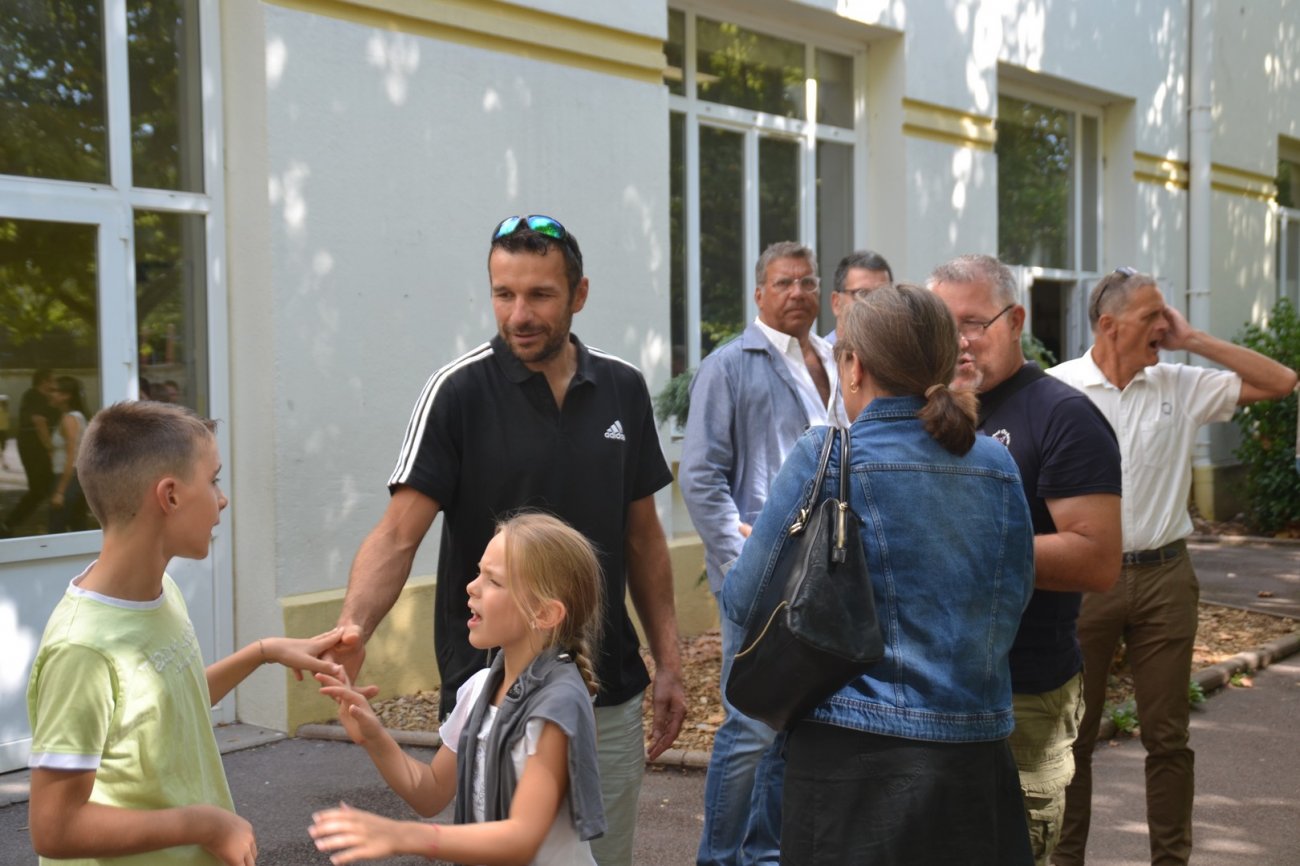 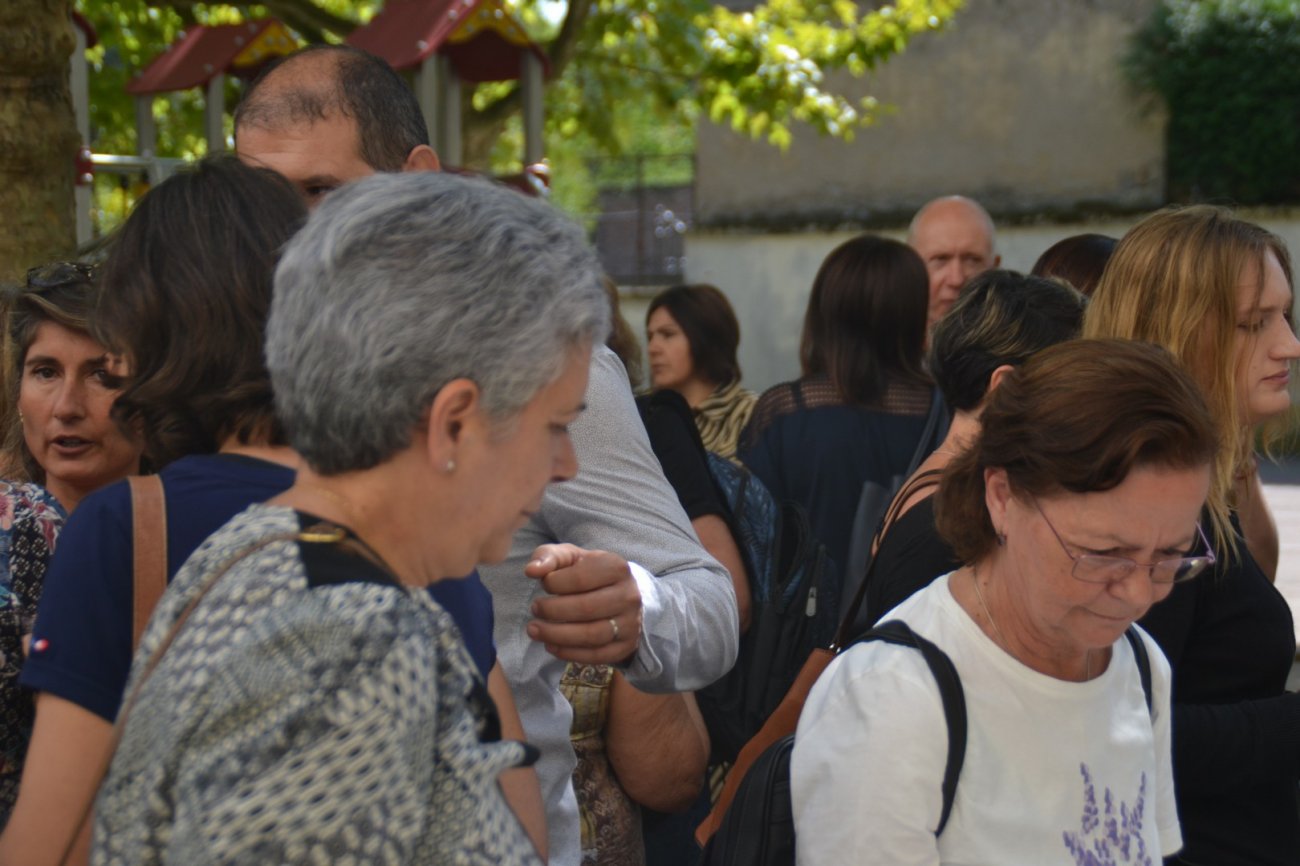 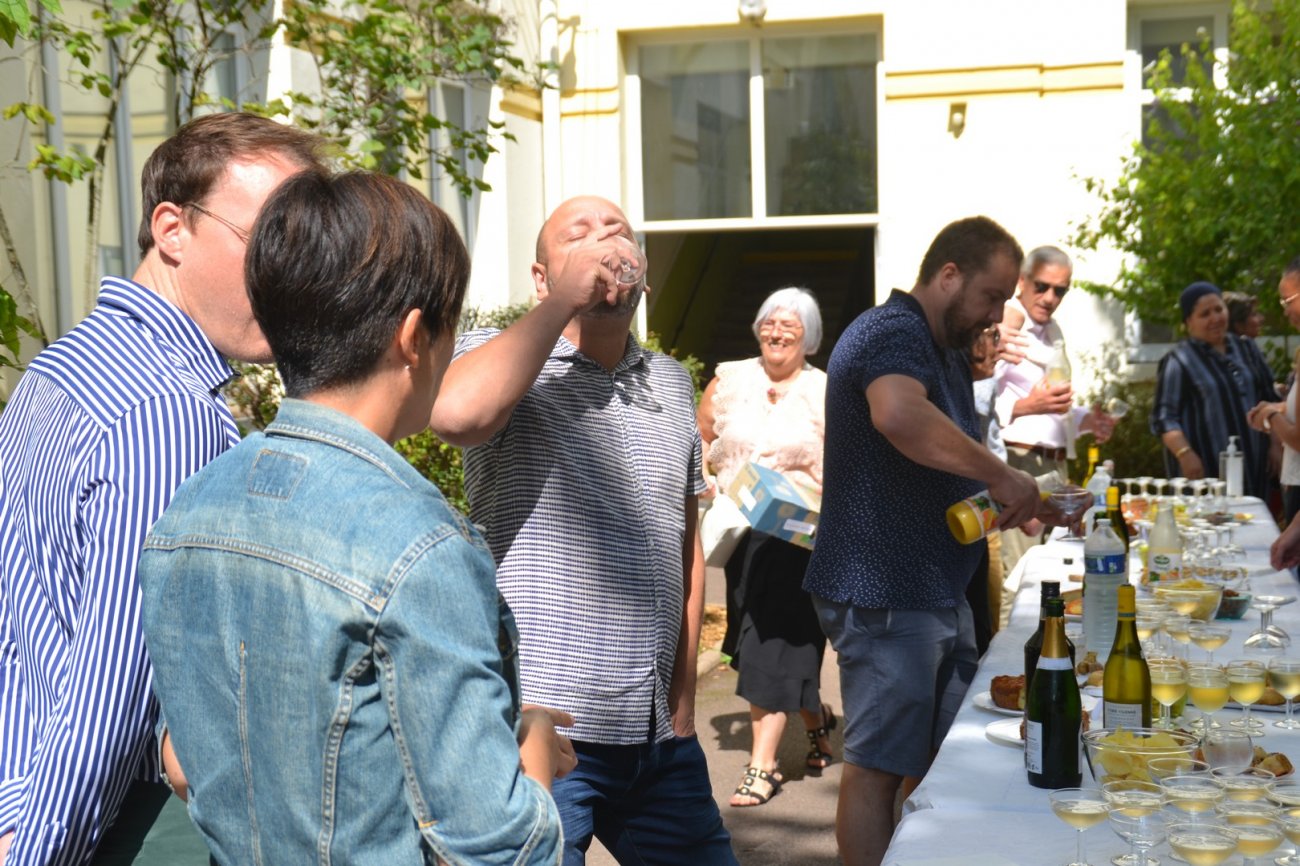 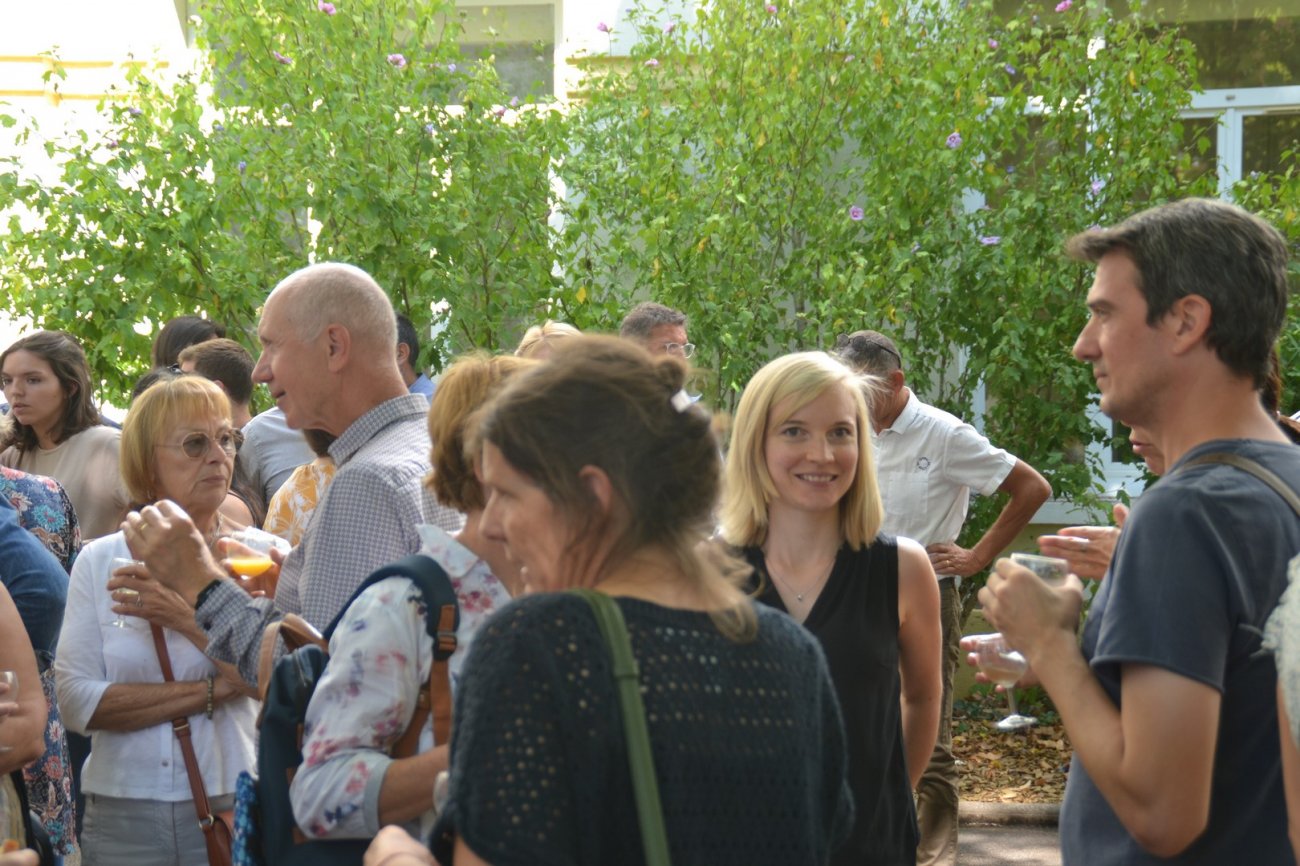 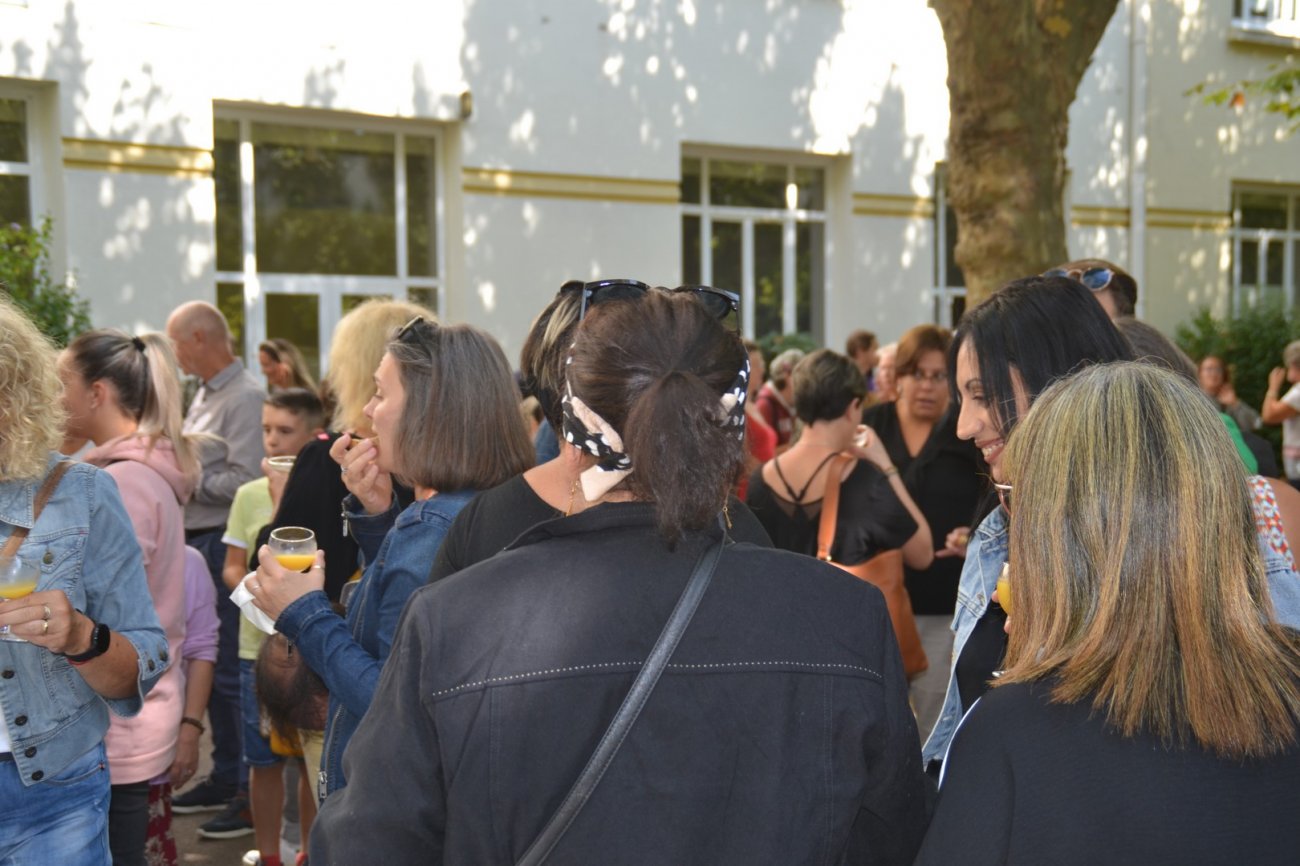 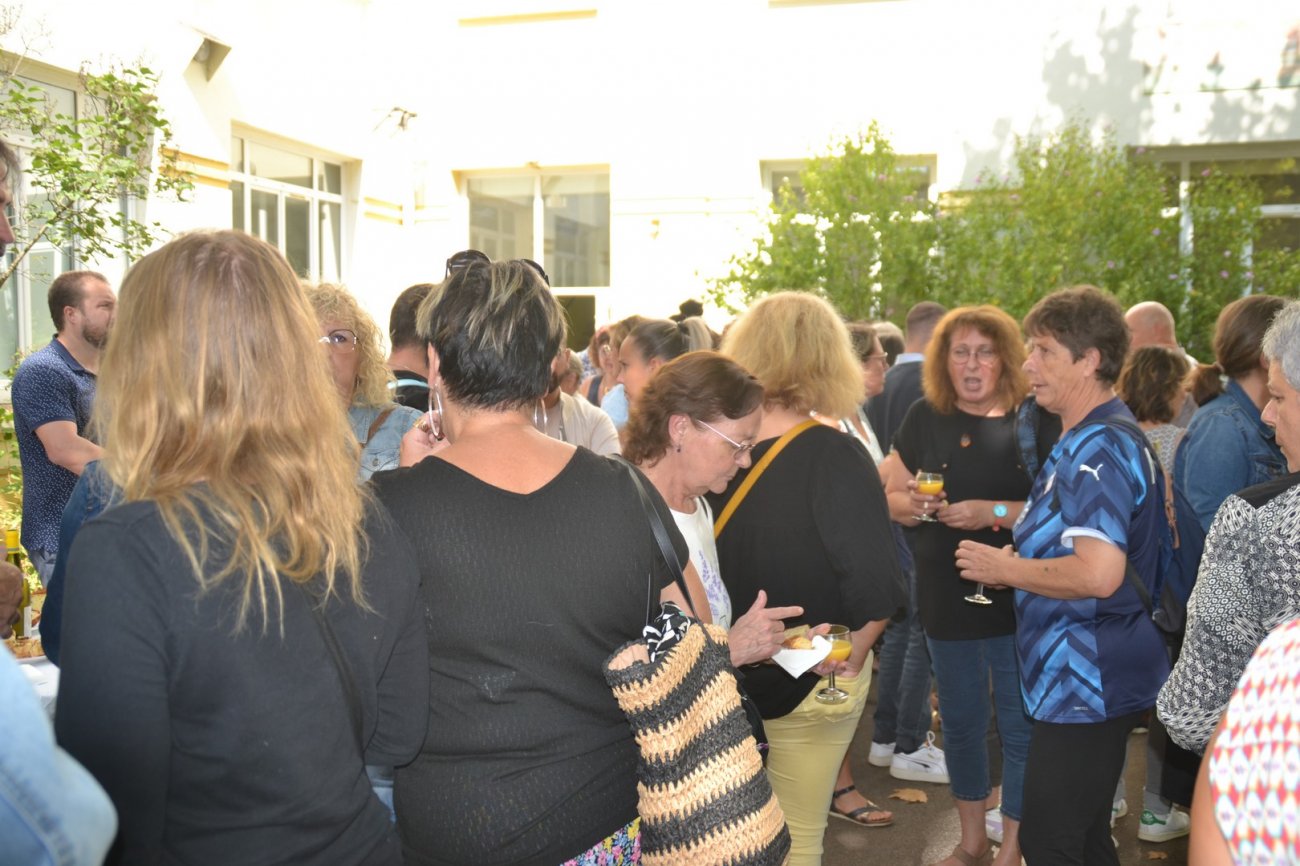 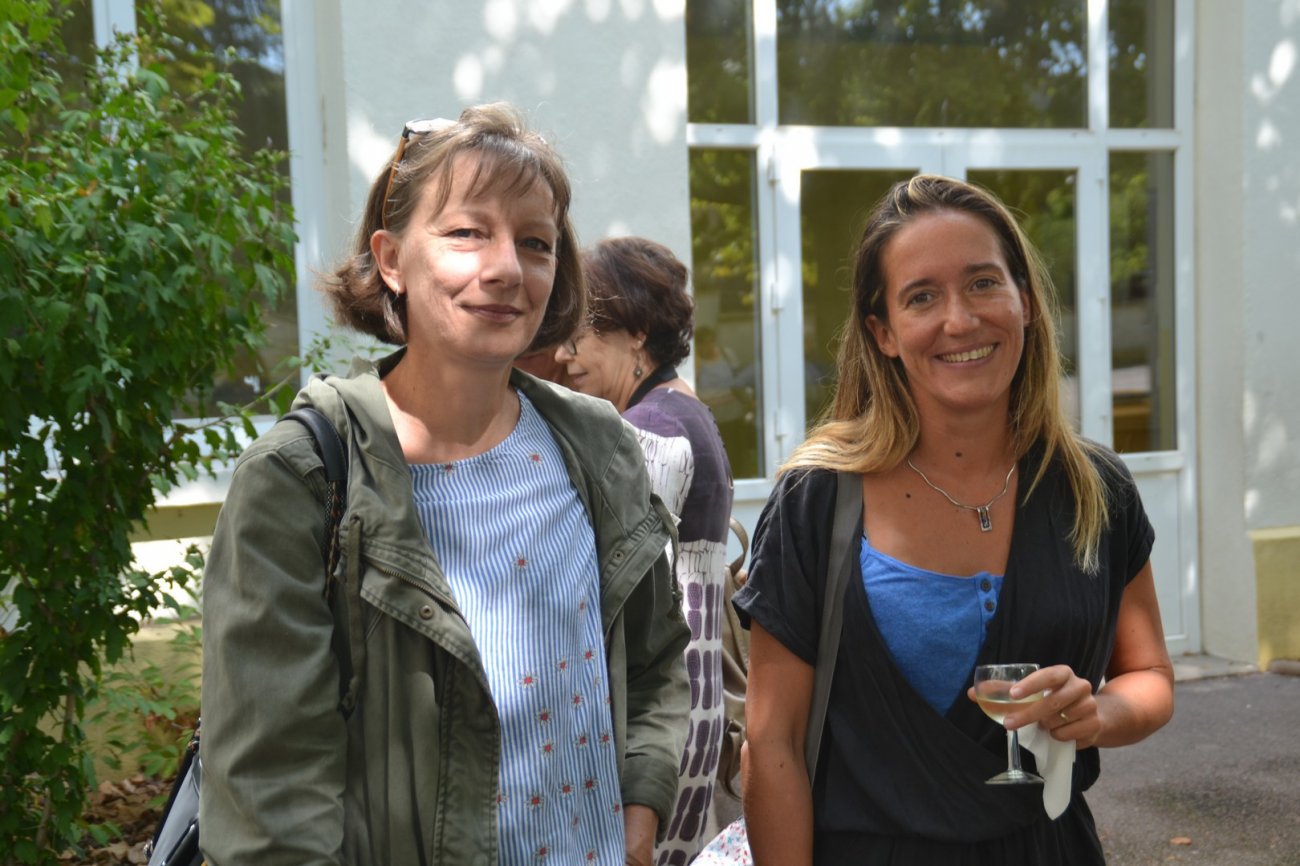 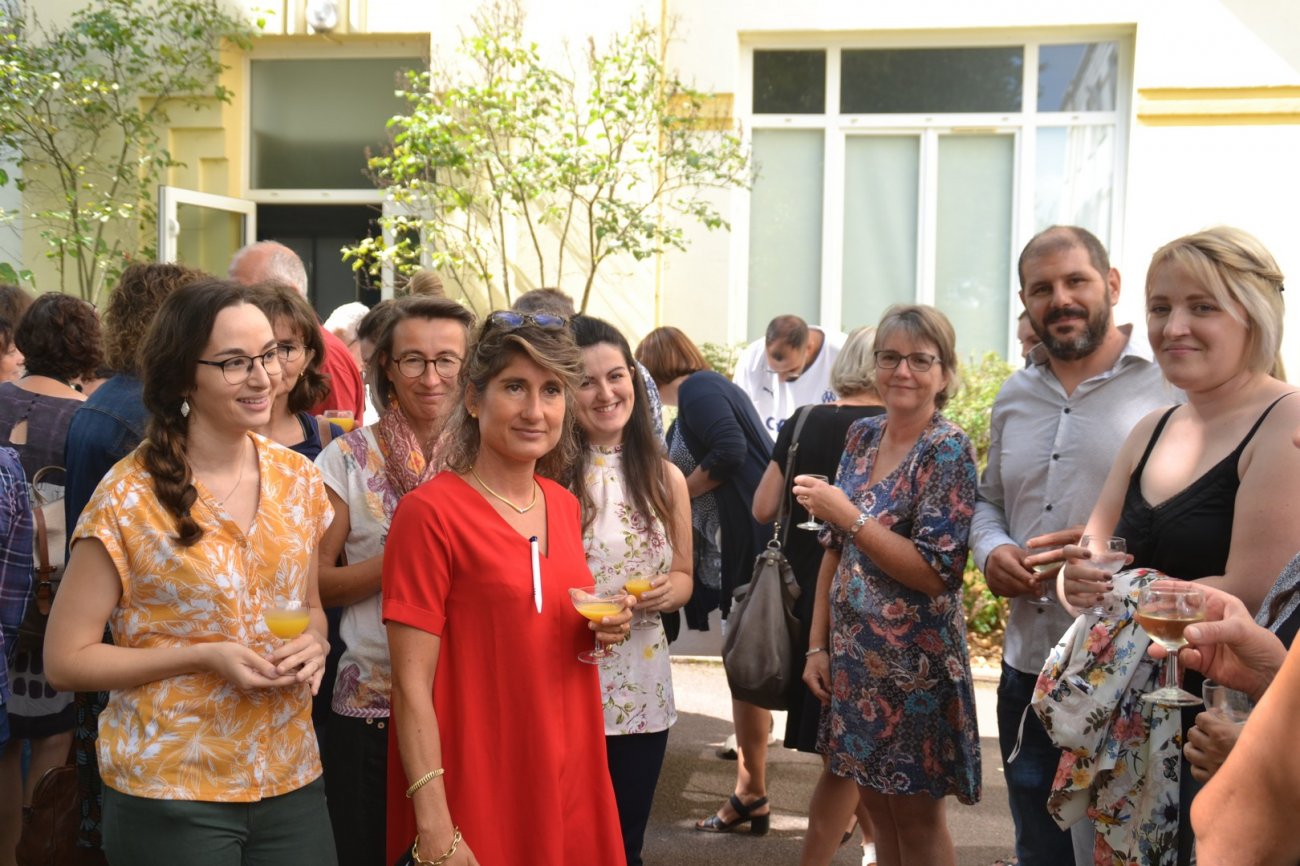 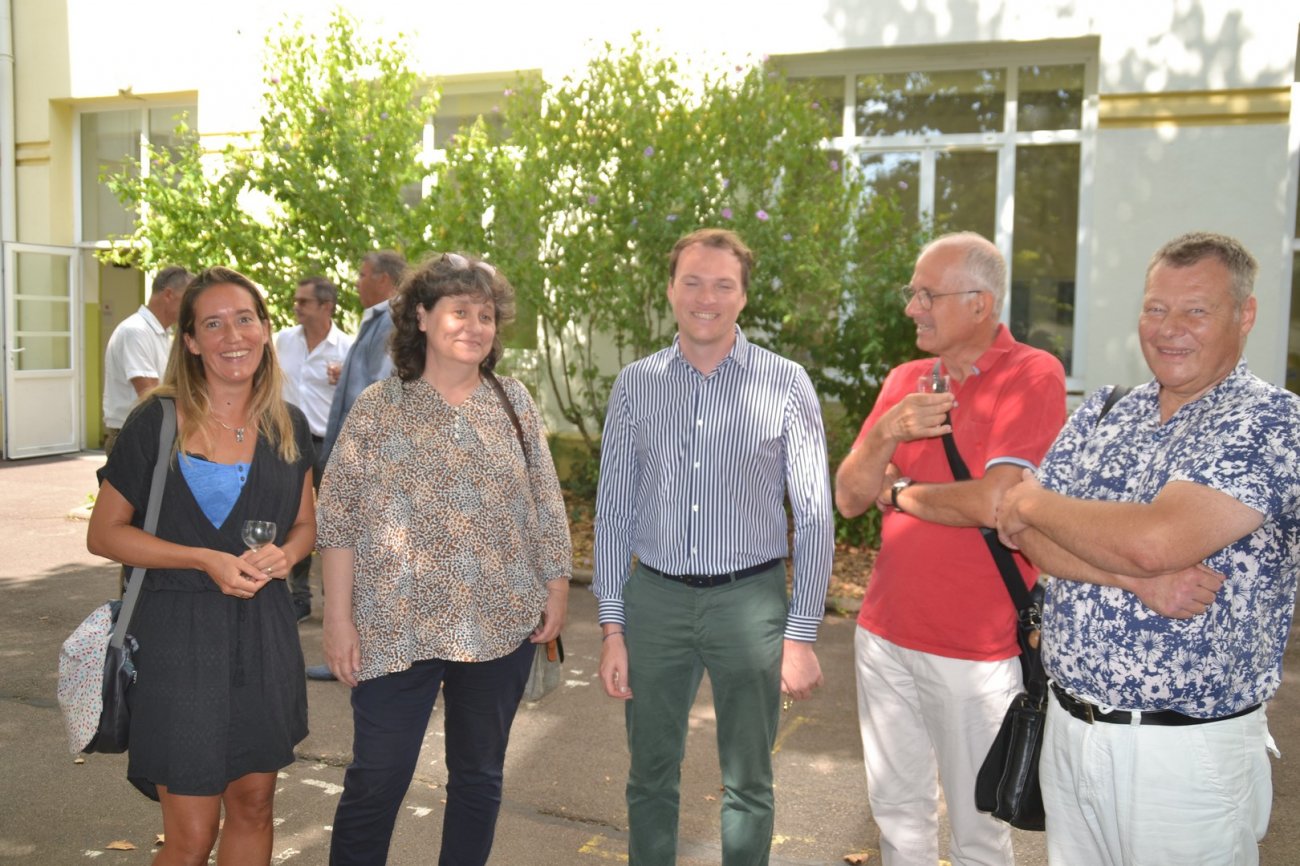