The municipal employee is busy in the yard and the teachers are working on the handouts. Back to school is getting ready in Saint-Étienne-sur-Usson, 260 inhabitants. In front of the building, which also houses the town hall of this village about twenty minutes from Issoire, a panel recalls that 20 years ago a film crew came to tell the peaceful life of schoolchildren and their teacher, gathered in a single class , in the countryside from Livradois-Forez.

Released on August 28, 2002, the documentary by Nicolas Philibert, being and having, is presented in the official selection at the Cannes Film Festival, seen by several million spectators in France and around the world, awarded the 60th Louis-Delluc Prize, which rewards the best French film. A success that makes Saint-Étienne-sur-Usson a true symbol of the school of the Republic. The one who educates his little citizens in the best possible way, even in the most remote areas.

Twenty years later she is still there. Untouchable. Protected against bad weather by the old bricks of the building from 1905 and against the clipping of the school card by the look of the film.

Being and having: what have they become ten years later?

If numbers are maintained with about 20 toddlers expected next week, Mayor Lionel Chanimbaud will not forget: “I was elected in the year when we saw a significant drop with only 9 pupils, after losing the small sections for three years. Fortunately is it not closed…” On the contrary, the establishment receives school children to reach 31 children Marlène Baduel, the director, recalls:

I arrived in 2009. I think I started my career here and it’s true that a single multi-level class for beginners is a bit scary! I didn’t think so, but I loved it. I spent three years with 28 children and at 31 I needed reinforcements.

The single lesson is over, a second opens and a new teacher arrives. “We would like to maintain this spirit. Every year a common theme is chosen for all levels. We break down a lot. We make it a point of honor to celebrate birthdays and organize outings together. And just like in the movies, we always go sledding in winter! laughs Émilie Grégoire, who takes care of the little ones up to CP. Saint-Étienne-sur-Usson is a real professional choice for this teacher: “I discovered how it works in Boudes. It’s another way of doing my job. It’s totally different and I like that. »

These Cannes-nominated films shot in the Auvergne

The two thirty-somethings show off their classrooms and proudly show: “We even have an interactive whiteboard. There were none in Being and Having! A large colorful tree also adorns the large white corridor “which was a bit sad”. Lionel Chanimbaud acknowledges:

We have set up the school canteen, the children go to the swimming pool in Issoire, but here everything is in the same condition or almost as in the film… In terms of heating and energy, the building needs a serious makeover! 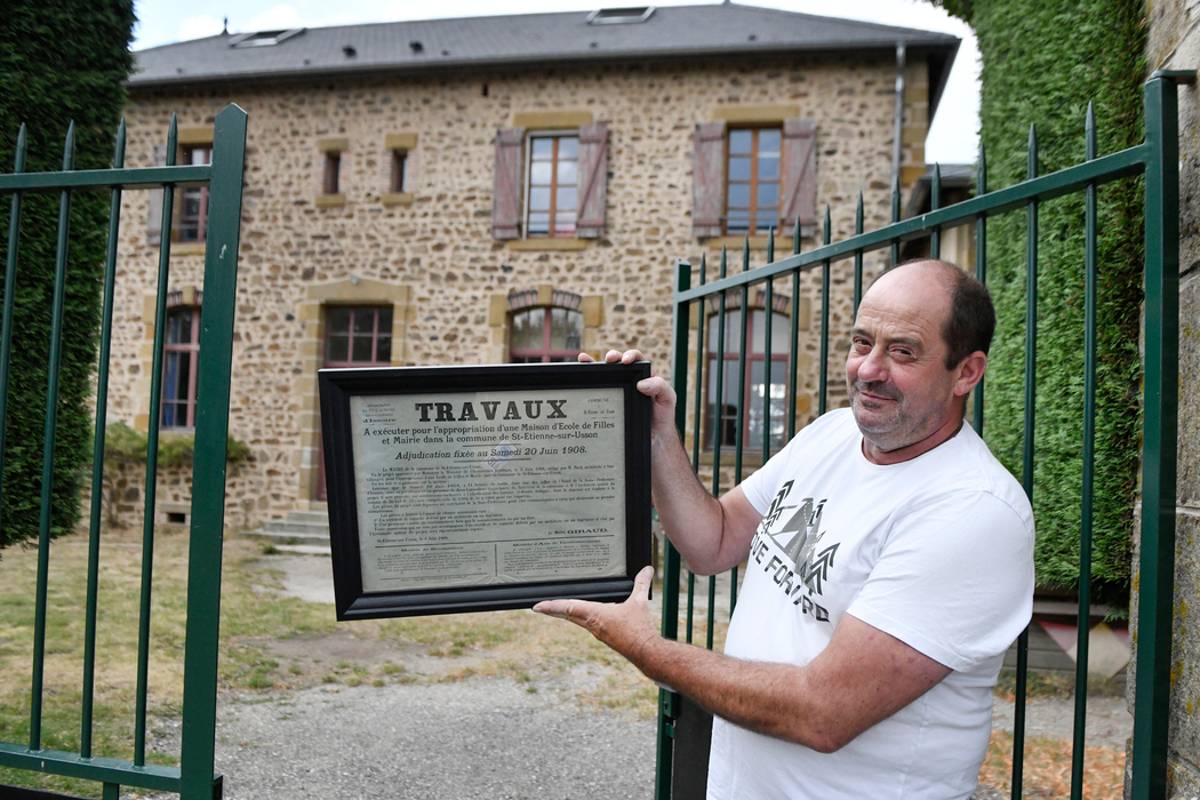 The municipality plans to renovate its precious school. The chosen one projects himself: “A dozen families have settled with the Covid. We must continue to welcome them! Being attractive in the countryside means first and foremost having a school. »

Exposure. On the anniversary of the film’s release being and having, an exhibition is proposed this Saturday, August 27 from 9 am to 5 pm at the school of Saint-Étienne-sur-Usson. FREE ENTRANCE.