It is not a revolution, but almost, which has been taking place at the Charles-Perrault school since the beginning of the school year. With a broad smile, on Thursday 30 June, the director Jacques Le Guevel considers the facilities of the courtyard inaugurated that day by the municipality of Clermont-Ferrand.

During the summer of 2021, major works within the framework of the municipal program “Respire à la récré” have made it possible to transform the asphalt into a real kindergarten, visible from the buildings in the La Gauthière district around it.

“Before work, the space was monopolized by ball games that excluded anyone who preferred to have fun in peace and led to repeated “bobos” due to falls and collisions. Today, the site offers more and more varied activities with huts, plots, tables and wooden benches in the midst of a very pleasant vegetation that will take up more and more space over the years,” explains the director.

“The atmosphere is calmer, more peaceful, also less gender-specific because all children, girls or boys, share the space according to their needs and desires”

One look is enough to realize it. While the little ones of CP, Mia and Janice race on a track they have devised next to the flower beds, the twins of CM2, Nolan and Jolan hide under the teepees. The school children occupy the many corners of the courtyard in small groups.

In addition to recreation, this center of the school is now taken over by the teaching team, as a backdrop for the outdoor classroom or as a learning tool for observing nature. 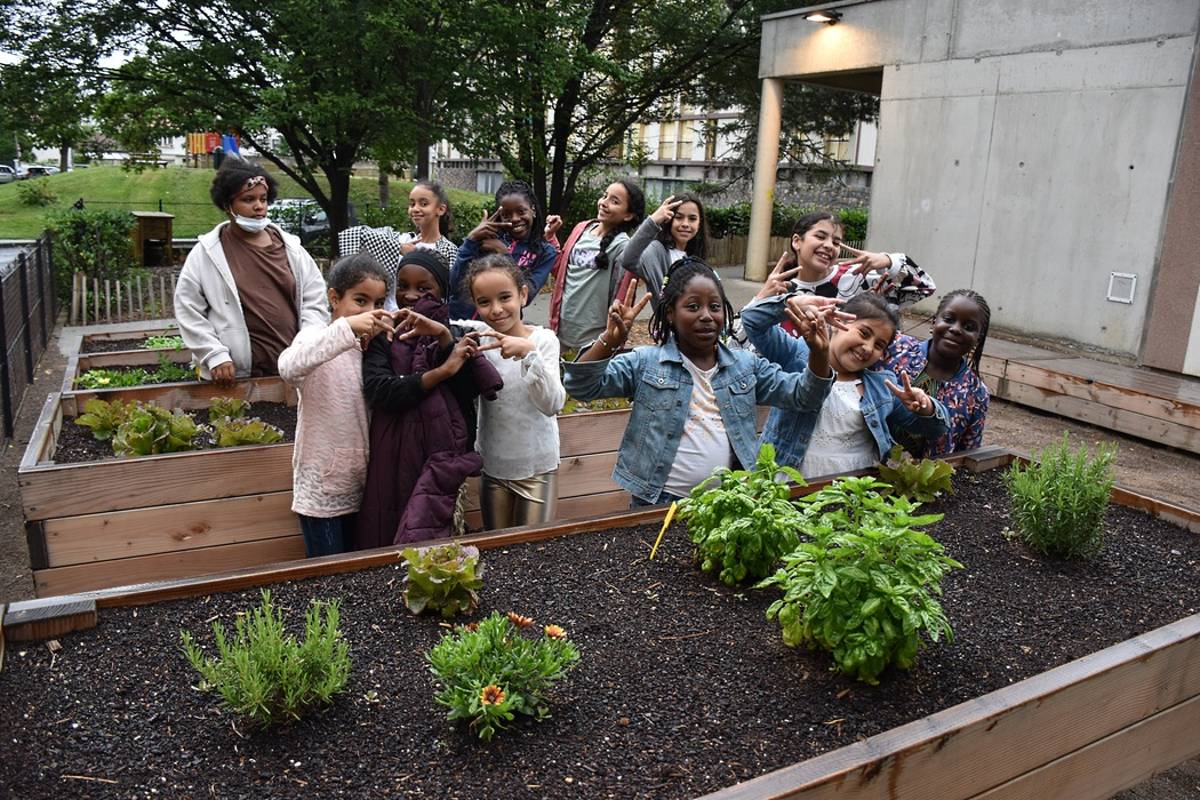 In the back are wooden planters with vegetables, flowers and some herbs planted by the kids who regularly observe their growth. The sports fields, also refurbished, are open to the public even outside school hours and during the holidays.

For the municipality, which has realized its first major greening of the schoolyard here, the investment of almost €600,000 (of which €158,000 is financed by the government) is sufficient to meet the current social, ecological and economic challenges.

The mayor stressed the priority given to youth, education and the environment and recalled that by 2026, the “Respire à la récré” program will affect the majority of the city’s 33 school groups.

The next major projects concern Nestor-Perret’s courses this summer and Jean-Moulin throughout the year, then Jean-Macé, La Fontaine, Philippe-Arbos and Jules-Michelet in the summer of 2023.