Or BitCraft may sound like Bitcoin, the Clockwork Labs studio’s MMORPG has no plans to integrate crypto assets or NFTs into its gameplay, although speculation may be based on playful motivations.

This is one of the hot trends: using blockchain technologies to monetize MMORPG universes through crypto assets or by trading items through NFTs. A trend that is so important right now that the MMORPG BitCraft seems confusing: “BitCraft” would sound like “BitCoin”, so the studio’s MMORPG project Clockwork Labs clearly attracts speculators. That’s why the development team just published a long post stating that:no plans to integrate crypto assets or NFTs into BitCraft is not on the agenda.

And the clarification that is made, the co-founder of Clockwork Labs especially takes the time toexplain this choice† And as so often the lighting is interesting to read.

The Craze for Crypto Assets in Games

After a technical reminder of what crypto-assets and NFTs are on the blockchain (more or less spreadsheets subject to strict writing rules to classify data), the post focuses mainly on the current craze for certain gamers and developers for integrating crypto-assets. assets in games . 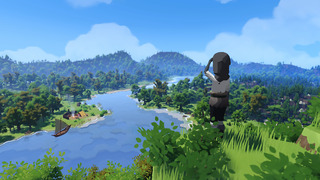 The founders of Clockwork Labs are aware of this and admit to using it in BitCraft’s gameplay as well (for example, by suggesting unique events or by hiding secrets in the game universe and inducing players to discover them). However, they also believe that it is all about measurement: it’s one thing to pique players’ curiosity to discover a secret in a video game, it’s another to use it to encourage speculators to use their savings. to invest.

A game should be fun

The goal of the Clockwork studio is based on creating a “fun and sustainable” game. The founder says he has no intrinsic problem with a technology (such as blockchain), but points out that ” fun is not a question of technology, it is a question of game design and feelings among players † 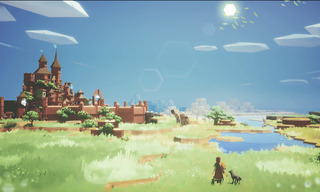 He continues: ” my problem with cryptocurrencies, i think, is not with cryptocurrencies per se (modulo energy consumption), but the fact that they are used almost exclusively to incentivize FOMO betting to attract players or drive up the prices of hypothetical NFTs and the is all about the money rather than making a good game. It doesn’t extend the life of the game, it doesn’t make the community healthier, it doesn’t make the game more fun† In fact, experience so far shows that it was just the opposite. For these reasons, we currently believe that integrating cryptocurrencies into BitCraft would not help us achieve our goal. †

however, the economic stakes (in-game) remains one of the key mechanics of the MMORPG† He continues: ” let me add the next point. BitCraft is a game that is fundamentally about economics and trade. (…) The main goal of the game in BitCraft is to build a civilization together with other players. It includes the buying, transporting and selling of in-game goods, a system of free trade and all the complex game mechanics and social problems that come with it, including speculation. I think speculation can be fun to a degree, as long as everyone is honest about what they’re doing: playing a fun game. The key word, in my opinion, is measurement. Feeling tension and tension is fun. Being afraid of losing your home or risking your financial future is not. †

At the start of the project, Clockwork chose to fund itself from investors, so as not to have to resort to alternative financing models such as crowdfunding or the sale of NFTs. And to conclude: “finally this approach seems much healthier for the game and for the community”.