“Give me your hand and take mine. Yes, yes, school is out.’ Symbolically, Sheila’s song could not be integrated at the very last musical show given by the students of the Gambetta school in front of a crowd of parents.

This Friday, June 24, the establishment’s traditional New Year’s Eve fair took place in the courtyard and below the courtyard; a party that parents and teachers wanted even bigger than usualeven happier and more colorful.

Because, as announced to the parents of students, at the end of October the mayor of Montargis, Benoit Digeon (LR), the inner city school will close its doors for good on July 7, at the end of this school year.

Buildings that have outgrown the three classrooms, no school restaurant and land whose sale should make it possible to finance the construction of the new center dedicated to the rue de Crowborough for young children in the Chaussée district: these were the arguments defended by the municipality that had aroused the anger and mobilization of the parents and the suffering of the children.

The bitterness is still there, adults quickly admitbut the parent association of Gambetta (Apeg) wanted to give everyone a nice evening with many game stands, inflatable structuress, popcorn, cotton candy…

“We wanted the party to be beautiful, for the children. It is offered to students and their families: we have emptied the association’s coffers so that it goes back to the children† The only thing worth doing is dinner,” Grégoire Dorigny, Apeg president, and Jennifer Lisnard explain.

Over the months, tensions between the town hall and the parents have eased and the pupils’ fear of integrating a new school, Pasteur in this case, has been taken into account so that the transition goes smoothly.

“On June 7, the children of the Gambetta school went to Spend a whole day at the Pasteur School† On Saturday 10, parents were invited to visit the establishment. The teaching teams of the two locations really worked together so that the upcoming school year goes smoothly† 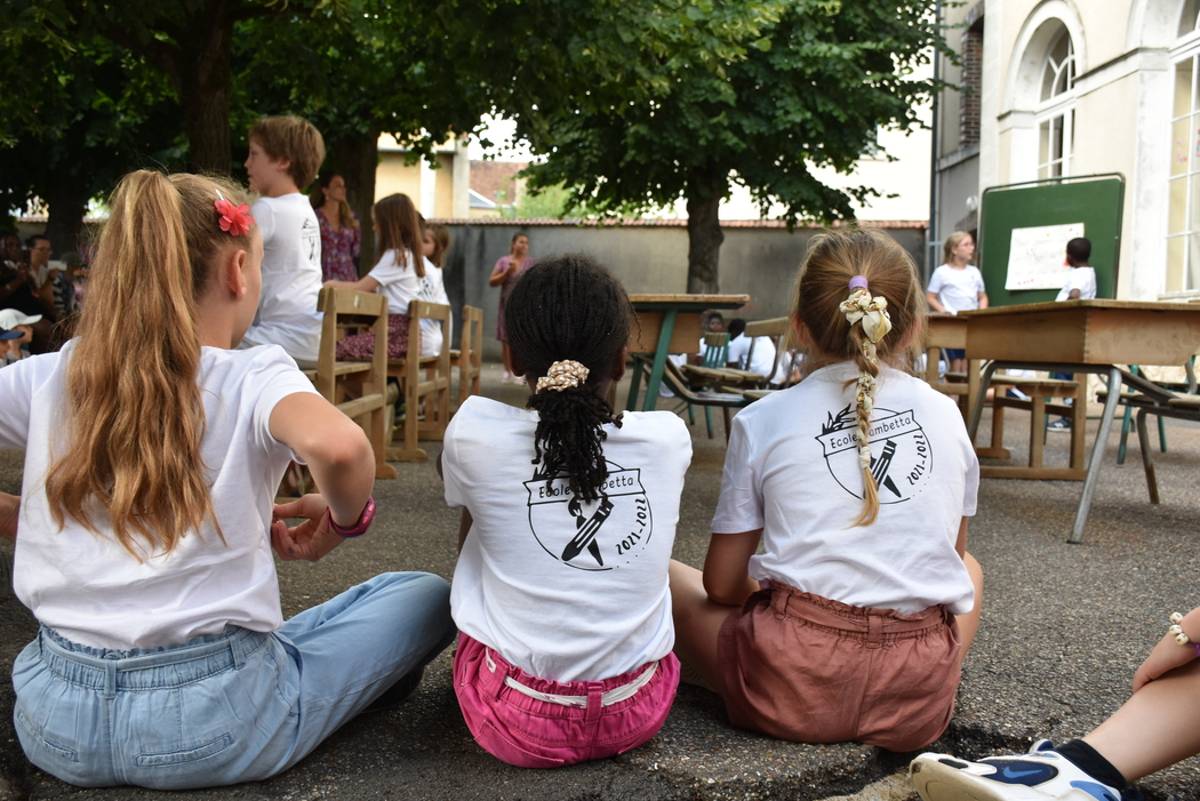 We also worked on the affinity between students in order to compose the lessons in which they will end up on 2 September. The Gambetta school had about sixty pupils and three classes CP, CE1-CE2, and CM1-CM2; the Pasteur school, where an independent and new classes have been set up, will have nine at the start of the school year, plus one Ulis class, or 220 students. A potentially terrifying new environment for children accustomed to a smaller school.

†It’s a page that turns, we have to move on now. I feel the parents and children a bit more relaxed after this day and the visit to Pasteur”, remarks Sylviane Houdré, Assistant Academic Affairs and early childhood, present at the fair.

Parents’ struggle to save their school has forged bonds. On July 7, in the evening, they reunite for a meal. “We don’t want it to end”concludes Jennifer Lisnard.