The Ethereum price continued its bloody decline this week. Experts say the withdrawal of Lido Finance’s stETH from Ethereum has sparked a crisis and institutions like Celsius and 3AC have witnessed massive liquidations.

Lido Finance, a DeFi platform that is one of the largest stakeout service providers for Ethereum, offers a tokenized form of staked Ether known as stETH. The decentralized staking service provider promises that stETH is backed by Ethereum 1:1.

Once Ethereum completes the transition from Proof-of-Work to Proof-of-Stake consensus mechanism, one stETH will be exchangeable for one Ether on the Beacon Chain. According to Vitalik Buterin and Tim Beiko, the merger would happen as early as August 2022, but it’s likely a delay could move the event to the fourth quarter of 2022.

Therefore, stETH withdrawals are only possible after the Capella hardfork, an event expected to occur six months after the merger, i.e. Q2 2023 or later.

Why did Celsius and Three Arrows Capital trade stETH for ETH?

It is possible to trade stETH for Ethereum in the open market as the pair historically traded close to 1:1, the peg. However, due to demand volatility, the price of stETH has fallen below Ethereum this week and a few times in the past.

Terra’s LUNA crash played a vital role in the depeg of stETH and increased selling pressure on the token. When LUNA/UST imploded, investors rushed to liquid assets, dropping illiquid assets. There was an 80% drawdown of liquid Ethereum from Curve Finance’s stETH:ETH pool. Institutions faced massive liquidation of their positions on exchanges and there was a massive sell-off of stETH to cover margin requirements.

The price ratio stETH:ETH is falling

Celsius Network and Three Arrows Capital were among the projects that ramped up their sales of stETH and caused a sharp drop in the price of the token. This is called a “depeg” because stETH started trading at a discount on Ethereum in the open market.

How could sETH depeg bankrupt borrowers?

stETH is an illiquid asset that retains value as long as there are buyers. Once all the Ethereum is depleted and the buyers are gone, there is no one left to sell StETH to, making it a technically worthless token at that point.

Also, your collateral decreases with a drop in the Ethereum price. stETH is mainly used as a leverage tool so that an investor can get a loan where they bet their ETH and hold stETH. However, once the price of Ethereum falls, the value of their collateral drops, they panic and sell stETH on the open market, causing a further decline.

Borrowers find it difficult to repay lenders when they hold illiquid assets like stETH, if the sell-off continues and buyers of the token disappear.

@hodlKRYPTONITE, a pseudonymous analyst, shed light on how lenders like Celsius are collapsing due to counterparty risk.

12/x Ultimately, panic selling in stETH will lead to selling in ETH and take down the broader cryptocurrency complex. We already have macroeconomic headwinds, these structural sales flows will exacerbate the crisis. In my opinion, we are going to see a repeat of March 2020.

The liquidity crisis is a slippery slope

@hodlKRYPTONITE explains that lenders like Celsius, facing collapse, are causing contagion in the ecosystem. The complex network of transactions, where Ethereum is leveraged for stETH and stETH is used as leverage, credit is shrinking.

A drop in the price of the liquid assets can lead to a significant reduction in capital employed, loans must be repaid and assets sold for dollars or stablecoins.

13/x – When lenders like Celsius collapse, they cause contagion in the ecosystem as they have an intricate web of transactions with other players. The counterparty risk becomes real. Credit is shrinking – loans must be repaid and assets must be sold for dollars.

Netcost-Security analysts have reviewed Ethereum’s price trend, claiming that buyers are picking up the asset at discounted prices. If the buying continues, the price of Ethereum could break the hurdle at $1,270 and bounce back to $1,730. 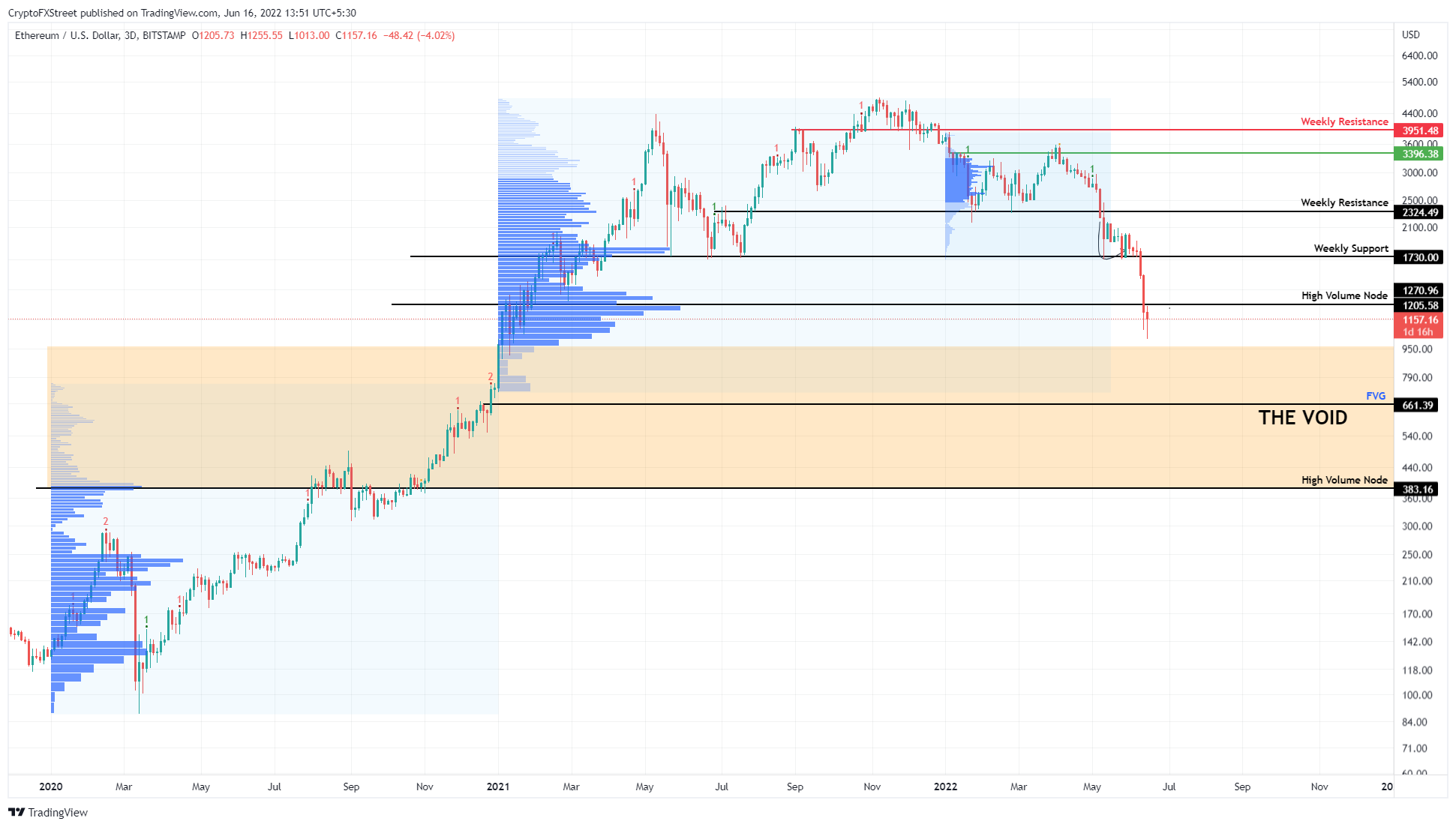 Bitcoin could bottom out at this level

Netcost-Security analysts have identified the level at which Bitcoin’s price could fall. As the asset recovers from the recent crisis, investors are starting to buy again. Watch this video for more information: