NFT, the initials of “Non Fungible Token”. You may have heard of this buzzing little acronym before. But concretely, what is this market that is slowly starting to attract attention around the world? explanation.

If crypto currencies are now well established in the Belgian landscape, here is a new digital baby to tame. NFTs appeared in 2017 on the Ethereum platform, a decentralized exchange protocol that allows users to create smart contracts. NFTs only became popular very recently. So what is it really?

As Emakina expert Brice Le Blévennec explains, NFTs are digital certificates of ownership of a file. This can be the property of a digital artwork but also of many other things such as luxury bags or diamonds. †These are certificates of ownership that identify an address and a wallet, as we collect these NFTs in a so-called wallet (“wallet”). One of the best known is Coinbase and it recently went public.†

Christophe, 42 years old and from Gosselies, activated the orange Alert us button to tell us about his new activity, which started late last year. †I am an NFT investor and have been active in the cryptocurrency world since November 2021he specifies.

For him, the world is changing and it is useful to be interested in these novelties. Christophe claims to be one of the largest NFT collectors in Belgium: he has about 700 pieces in his collection. †I buy 10 a day! I won’t say it looks like a drug, but it’s addictive. I spend a lot of time on NFT platforms whether it’s early morning or late night… and sometimes even the middle of the night. It’s an investment I’m making for the future, for my wife and kids.” he says.

Christian, a native of Genappe, is a radiologist but also an artist who recently started making NFT. He has also immersed himself in the art world for more than 30 years in this digital novelty. †Christophe messaged me on Instagram because he wanted to set up a project together. I only knew this world for a short time and so I reacted positively. It also allows me to expand my clientele and diversify my art. The goal of an artist remains that as many people as possible can see his work, real or virtual!

Is it possible to combine radiology and art? In fact, according to Christian, it could be one of his strengths. Medical imaging allows him to offer unique works, such as an NFT of his skull, in medical imaging. For the average person, the benefit of owning NFTs is twofold. †The main interest is speculation. You can buy an NFT for not much and sometimes sell 100 times more in the same day. It doesn’t always work, of course, but it’s worth investigating.“, explains Brice Le Blévennec. Secondly, having NFTs in your possession can be a sign of wealth, taste, style. Some buyers put them on the networks or display them in a digital list. 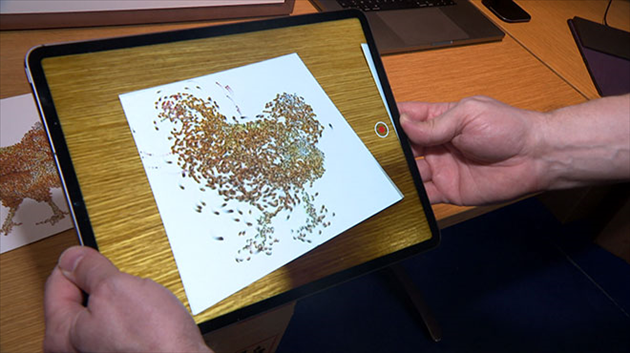 For our collector, the benefit comes later. †It already pays a little, but it will pay off a lot more in the future, that’s for sureConvinced of the benefits of investing in NFTs as soon as possible, he encourages everyone to get started, no matter what budget they have:Don’t watch the passing train, get in! It’s internet 3.0, people who were hesitant to buy cryptocurrency a few years ago are now biting their fingers. It will be the same for NFTs! I even try to put my son’s foot in the stirrup.”

However, Christophe wants to remember one important thing: you should invest what you can afford to invest, it wouldn’t be smart to put yourself in the red to acquire NFTs. †I’ve invested money I didn’t need, money I could afford to spend, it’s worth mentioning.”

A still bad market in Belgium

Rome was not created in a day, the same applies to the NFT market and its expansion in our country. If there is demand, it will remain quite limited for the time being. Christophe and Christian also explain that the market is global and most of the business they do is done with foreign buyers.

†In Belgium there are people who feel like it, but it is not big yet. It is still a small market and users are more likely to go abroad. Currently there are few local activities and artists, but that could change soon enough“, says Brice Le Blevennec.