But on Monday, May 30, four NFTs, or non-fungible tokens, created by Israeli artists, went up for sale — a big first, though the family-owned auction house had been considering it for a while.

“We started thinking about it, but we didn’t want to get into something we didn’t fully understand,” said Amitai Hazan Tiroche, who runs the auction house with his father Dov Hazan. (Hazan is his father’s name, Tiroche his mother’s.)

Receive our free daily edition by email so you don’t miss out on the best news. Free registration!

NFTs are blockchain-based data that have sent the art world into a buying frenzy. This technology provides a form of certificate of authenticity for digital creations, enabling individual ownership of an image that could otherwise be endlessly reproduced.

NFTs can be (very) expensive.

NFT experience “The Currency” by artist Damien Hirst, which offers buyers the choice between a digital token and an IRL artwork (in real life — in real life), raised $18 million on its first sale, and Hirst takes another 5% of the resale proceeds from NFTs traded online.

The four Israeli artists whose NFT works were auctioned by Tiroche last Monday are street artist Tag, who has a particular interest in technology and social media; Shira Barzilay, better known online as Koketit, known for her flirty line art that often focuses on the female figure and female empowerment; videographer Shirley Shor; and violinist Moran Victoria Sabag, who combines her music and art.

A non-fungible token (NFT), created by Israeli artist Moran Victoria Sabag, will be auctioned by auction house Tiroche, located in Herzliya Pituach, on May 30, 2022. (Courtesy of Tiroche)

Prices have remained lower than NFT prices abroad, mainly because Israeli NFT performers are not as well known, he said.

“The auction is on demand and people are testing the market,” Tiroche said before the sale.

Over the past year, several entrepreneurs and companies have contacted Tiroche, hoping to work with the auction house on NFT sales.

They’ve been careful, Tiroche said, as there isn’t much track record for someone stepping into this new artistic field. 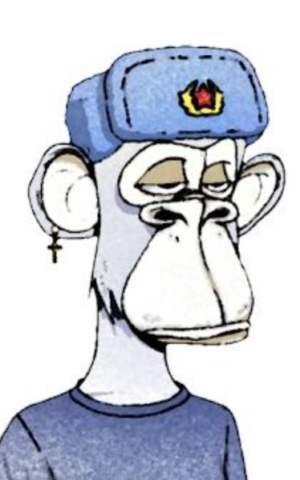 That said, he thinks the phenomenon has become indispensable, pointing out that fashion brands Prada, Louis Vuitton and Nike are already working with digital artists to create NFTs.

“Instead of an expensive watch, an NFT is another way to display what you own, but one that costs half a million dollars,” Tiroche said. “The world is changing and people are going into the metaverse to get the things they want. †

Some NFT buyers have money to invest, Tiroche said, especially if they invest in cryptocurrencies.

“You cannot buy a house or a car with cryptocurrencies. You are limited in what you can do,” he said. 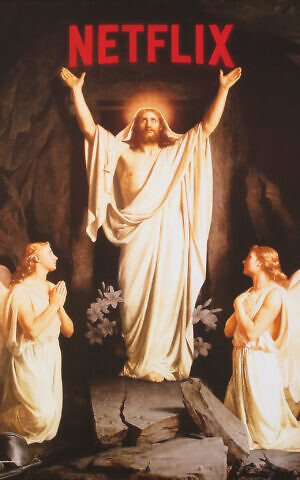 A non-fungible token (NFT) created by Israeli artist Tag, up for auction at auction house Herzliya Pituah Tiroche, May 30, 2022. (Courtesy of Tiroche)

NFT collectors are younger than buyers of conventional art, said Tiroche, who hopes the children of her top collectors will come to her upcoming exhibitions of contemporary art, where NFT works may be offered again.

“When we decided to go for it, it happened very quickly, but it was very important for us not to just do it,” he said. “Part of the benefit of NFTs is the medium and the fact that there is a message to communicate. †

You are one of our loyal readers!

That’s what we’re committed to every day: providing critical readers like you with relevant media coverage about Israel, the Middle East, and the Jewish world. Unlike many other outlets, our content is free to access – with no paywall popping up from the very first paragraph. But our work is getting more and more expensive. That’s why we invite readers, who can and for whom Times of Israel in French has become important, to support us by joining the Community of Times of Israel in French. For an amount of your choice, once a month or once a year, you too can contribute to this quality independent journalism and enjoy ad-free reading.