How to distinguish between institutions that work for the good of a country and fighters of “false glory”?
A reflection on the rise of civil society, the new book by Dr. Kamel Mohanna, president of the main Lebanese NGO “Amel”, could quickly become an important reference on the rise of a bourgeois conscience in Lebanon.

Civil society is distinct from traditional or community society which is mainly based on the family, district, tribe, clan, and is articulated around blood ties and religious, ethnic and heritage affiliation. Social institutions, on the other hand, represent society in all its diversity. They see democratic expression as an essential means of consolidating their ideas and experiences in the political, economic, health, social and cultural fields and guiding the new generation towards the struggle for justice and human rights.

The “deconstruction” of civil society

dr. Mohanna thus deconstructs the traditional concept of civil society and recalls that it is above all an arena in which the forces of change in all areas, be it political, economic or social, interact. By producing a discourse and a national strategy for human rights, it opens the way to citizenship and democracy.

Global changes and developments in the Arab world and in Lebanon have made civil society an area of ​​freedom and an instrument of democracy, fantasized by some, seen as an import from the West or even as a puppet in the hands of the state by others, and sometimes criticized for its paternalistic approach.

dr. Mohanna, for his part, questions his ability to formulate and develop public policy in the absence of civic culture, and denounces his lack of transparency and vision. Moreover, the associative world is sometimes transformed into charitable activities and thus, through its sole financial prism, acts as a brake on the idea of ​​citizenship.

After the collapse of the Soviet Union, the concept of “civil society” was distorted and developed beyond the question of the state. However, as Dr. Mohanna reminds us, there is no civil society without a state, and national unity necessarily requires close cooperation between individuals, society and the state. Moreover, some Arab intellectuals have exploited the associative world for political ends, to compensate for the defeats of nationalist and leftist currents. Maintaining true independence from political parties while having a detailed understanding of a country’s political and economic structures is undoubtedly the greatest challenge facing societies in a hurry to change. Thus, Arab society desperately needs the concept of a democratic political society because its democracy still lags far behind the world. 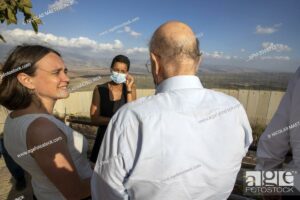 The only breeding ground, democratic culture

Kamel Mohanna criticizes the proliferation of associations that, under the guise of a striking slogan, attract foreign donations to finance the projects of a minority or a political movement, reminding that civil organizations should focus primarily on the development of citizenship. These excesses have helped to tarnish the image of the associative world, especially among people involved in the protest movements in Lebanon. However, a distinction must be made between organizations seeking fame and local grassroots associations, which also advocate the establishment of a democratic society.
dr. Mohanna, who is also general coordinator of Lebanese NGOs, emphasizes the importance of developing partnerships within Lebanese civil society, as well as strengthening cooperation, based on equality and the rejection of colonialism, between local NGOs and Western ones. Also, the association Amel international, in a new approach and against the traditional dynamics, has chosen to stretch out a hand from the South to the North, sharing its experience, to contribute together to the construction of a fairer and more humane .

As Kamel Mohanna points out: “We have always been committed to establishing fair relations, without subordination, between North and South, and to the fight against the double standards, which are especially present in humanitarian relations. So we are committed to the just goals of peoples around the world, starting with the Palestinian cause. Far from limiting our action to speeches about the world’s misery in big hotels, we engage with the working class and the vulnerable on a daily basis. The author continues: “As the divide between North and South widens every day, we campaign tirelessly for an equitable distribution of wealth and against the increase in poverty and the accompanying phenomena of marginalization.”

dr. Mohanna warns the reader against any disengagement from communities, tribes or even clans, which he says is increasing in the Arab world at the cost of national solidarity.

The author therefore calls for the taking down of these fortresses by relying on democracy, which can only open the way to social reconstruction and implies looking to a better future. The concept of democracy should also be strengthened within civil society, which should be a model and a driving force for society, by placing the principles of participation, recognition of others and citizenship at the heart of its action. The strengthening of the state must move towards a just state, which arbitrates and balances the balance of power in society, with respect for the fundamental rights of every citizen; as the author reminds us, the state should be at the service of society and society should be represented within the state.

dr. Mohanna emphasizes that national political parties, voluntary organizations and the work of uniting democratic forces are integral to the forces of change in civil society. And in his book he returns to an essential link in civil society: volunteering. It is difficult, he explains, for a society to progress and become civilized without volunteering, which is a part of civil society, and allows everyone to build their personality and self-confidence, and the idea of ​​commitment to carry out collective work or professional projects.

†
The author concludes by calling on civil society structures in Lebanon to participate in the bitter reality that Lebanon is experiencing, especially since October 17, 2019, and to face the difficulties by looking for a rational rather than sectarian view of possible solutions. † It is also necessary to get rid of any negative, destructive state of mind and get used to respecting multiple authorities, from the family to society.

It is about ending the culture of negative thinking in Lebanese society. Thus “reform from below” becomes a factor of “change from above”. 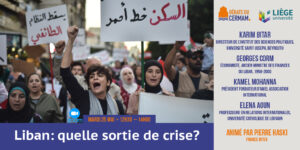 dr. Mohanna makes several proposals to activate the role of civil society
– Adopt a global and stimulating vision of development. The slogan “Think Globally, Act Locally” has thus become the first commandment of sustainable development;
– Build a national consensus on the philosophy of comprehensive development in Arab countries, by formulating a new social contract between the government, the private sector and the civil sector, in the framework of a tripartite partnership, with the aim of improving business capacities mobilize ;
– Consider civil society organizations as an essential partner of government, based on dialogue, consultation, coordination and cooperation, without however replacing the role of the State;
– involving women and young people in the design and implementation of development programmes;
– Prioritize self-financing sources to ensure the greatest degree of independence from CSOs from donor agencies. It is also about finding a mechanism to ensure transparency of funding sources and local mutual accountability to build trust and prevent suspicious funding.