At a conference on NFTs last weekend, the organizer, Gary Vaynerchuk, a serial entrepreneur and social media influencer, said about 97-98% of current projects will lose value by 2024. Vaynerchuk’s conference, dubbed “VeeCon,” is all about digital ownership and how emerging technologies can interact with the arts, sports and entertainment. As the NFT market appears to be crumbling, Vaynerchuk explained that the current NFT problems are largely due to a lack of education and communication about the technology.

Last weekend’s VeeCon conference was the first edition. It is an event “with icons from the worlds of business, sports, music, art, Web3 and popular culture”. Vaynerchuk said the goal is to build lasting relationships, share ideas and connect with the community. In addition to being a serial entrepreneur and social media influencer, Vaynerchuk is also known for his early investments in companies like Facebook and Coinbase. Event tickets were sold as NFTs. 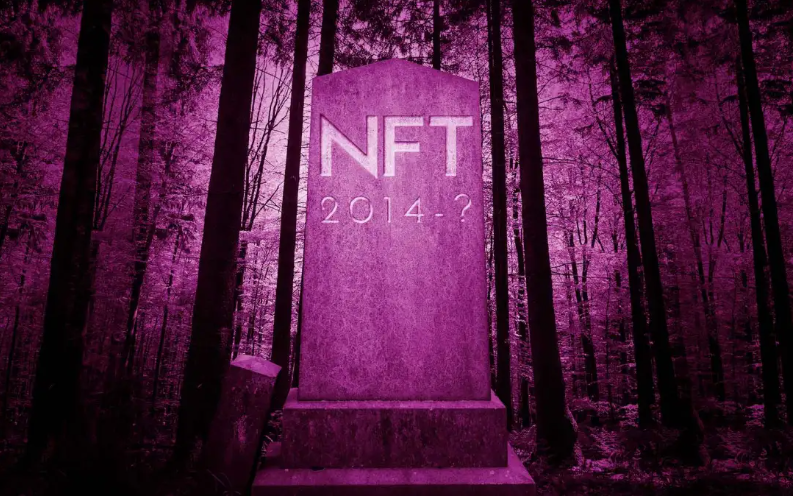 Indeed, since this latest growth spike, the NFT market has seen wild swings in the price people are willing to pay for digital assets. Ami Barzelay, product manager of Crinkle, a store rewards optimization program, described owning NFT as “digital bragging rights.” An NFT, which can be an image, song, or video, can be copied and viewed by anyone in the world, but there can only be one owner. He added that just for fun, he paid $100 for a Tiger Woods music video, which he then sold for $5,000.

Reports have revealed that there is inherent skepticism and fear in buying and selling things that do not exist in the physical world. The Vaynerchuk conference aimed to combat this. At a media luncheon on Thursday, Vaynerchuk said it would take education, communication and time to familiarize people with the idea of ​​NFTs and blockchain. “Many of us remember that we, or especially our parents, were incredibly scared and uncomfortable using a credit card for an online purchase,” he told reporters.

And when the first problems of fraud and theft arose, protective measures were finally taken. This will soon be the case for the blockchain. Education and communication will solve everything, he says, while predicting that in 20 years all real estate sales will be registered this way. NFTs are a lot of fun to collect, but they are a small part of the consumer blockchain. We will all end up interacting with NFTs because these will be our airline tickets, our receipts, our US Bank Stadium tickets, etc., they will be our membership cards, Vaynerchuk said.

right now we’re using plastic or QR codes or email confirmations for a lot of things that I think blockchain will absorb because it’s a better technology for those things. It will just take some time, he added. Still, there is some fear surrounding the longevity of the space. Bitcoin hit its lowest level since December 2020, below $26,000, early last week, and shares of listed cryptocurrency brokerage Coinbase have fallen a whopping 74% this week since the start of the month.

The Ether price has recently fallen 60% from its 2021 peak. Other crypto assets such as UST stablecoin and Luna cryptocurrency have also fallen. Stablegains, an application for generating returns through decentralized financing, announced on its blog on May 21 that it will stop providing services to its customers and invite its users to withdraw their funds from the platform. Stablegains was forced to close after a remarkable loss of approximately $40 million, following the collapse of the cryptocurrency and NFT market.

Bought 2.9 million, the NFT’s first tweet in history, that of co-founder Jack Dorsey, was worth just $10,000 in March 2022. digital property. In March, the highest bid for Dorsey’s main NFT was $9,968. According to analysts, this shows that the frenzy over these digital assets is waning. Estavi explained that he will not sell his NFT for less than $50 million. But the question that analysts are asking is: what interest do people have in buying this NFT these days?

Right now, the crushing energy of space is very short-lived. I’d say it’s greed. Many do not spend their time on education. The reality is that all of these behaviors will cause 97-98% of current projects to lose value in the next 24-36 months because the supply and demand curves don’t work,” Vaynerchuk said. He is not the first to predict such a thing. In June, Coinbase co-founder Fred Ehrsam had already said that about 90% of NFTs would be worthless within 3-5 years.

Ehrsam had drawn parallels between the rise of cryptocurrencies and the dotcom boom of the 1990s. I would even go so far as to say that 90% of NFTs produced will likely be of little or no value in three to five years’ time. The same can be said of the early Internet companies in the late 1990s, he said. To him, NFTs are no different than any other cryptocurrency project. He said these projects often spring from craze overnight. According to him, people will try everything, but eventually the market will collapse completely.

Many have said they hope the crash marks the end of the unrelenting media coverage of the concept. Despite the overwhelming evidence that this was all a scam at best and an impending environmental disaster at worst, many people were tempted by the promise of something new/money, and for a brief moment hundreds of millions of dollars flew around the world in exchange for videos people didn’t have. But that golden age is now over, said one critic.

NFT sales volume reached $2.5 billion in H1 2021 as market recovers from May crash

Stablegains accused of deceiving its customers, after announcing the closure, we will stop offering the Stablegains service, withdraw the remaining funds

Bought for 2.9 million, the NFT from the first tweet in history is worth just $10,000, showing the frenzy over these digital assets is fading