As the 2022 presidential election approached, France’s top candidates largely ignored the question of what role cryptocurrencies would play in France’s future. But we already see clearly that the future is in the blockchain.

According to a recent survey, 30% of respondents said they plan to invest in cryptocurrencies. Which is already encouraging and evolving. What does the future really hold for the adoption of cryptocurrencies in a country that has been highly skeptical about it? Let’s look at this in the paragraphs of this article.

The Outlook for Cryptocurrency Adoption

Today, cryptocurrency is a digital currency known to everyone because of the momentum it has gained in the economic market in the world. In France, nearly 77% of the French population has heard of cryptocurrencies at least once. While many French citizens are crypto skeptics, nearly 8% of French have already started investing in cryptocurrencies.

We have found that those looking to invest in cryptocurrencies in France are focusing much more on ether and ether, both electronic currencies. 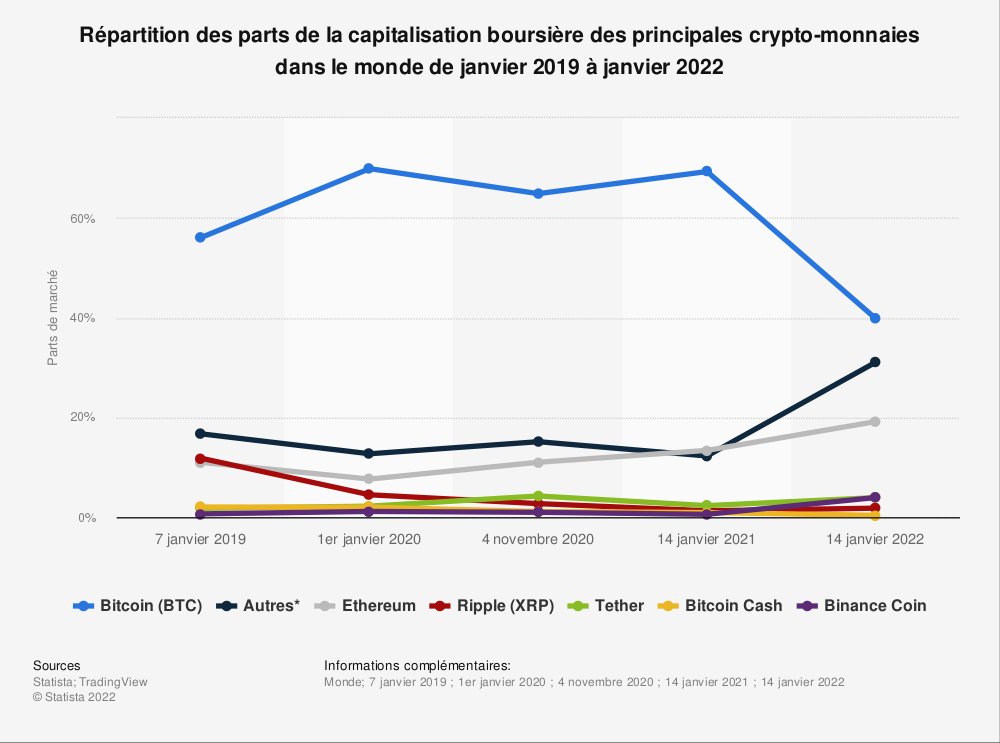 To this end, Maxim Manturov, Head of Investment Advisory at Freedom Finance Europe, said: “In the event of a geopolitical crisis, one of the key benefits of digital assets is that they allow liquidity to flow quickly around the world. The next global growth engine for BTC could be the imminent approval of a spot ETF that would allow major funds to buy bitcoin themselves instead of derivatives.The key is to pick a good promising project and allocate capital wisely. For example, in Turkey, where inflation has reached its highest level in nearly 20 years, at 36% in 2021, and where the national currency has lost nearly half of its value against the dollar, the number of people who own cryptocurrencies in doubled in a year, and nearly one in five adults now owns them.

In an interview with CNBC, US Treasury Secretary Janet Yellen spoke about the importance of digital assets in Americans’ investment decisions. The cryptocurrency market will continue to grow strongly in 2022, so it is worth investing in, and the crisis is just an opportunity for the entire cryptocurrency industry.”

Cryptocurrencies are so popular that it wouldn’t be surprising if the French government and big companies decide to allow the use of cryptocurrencies throughout the national territory. Blockchain and cryptocurrencies will improve the living conditions of French citizens and build more resistant organizations.

Therefore, companies and the French government must adopt cryptocurrencies to take advantage of many benefits that they were not entitled to in the past. There will certainly be fewer crypto skeptics in France in the future after French citizens have been able to enjoy the full potential of cryptocurrencies. They just need experts in blockchain and especially cryptocurrencies so that they can quickly achieve their business goals.