Makrouhi Aslanian, 90, sits in the living room of her house and barely remembers hearing that the Americans had come and taken the Armenian orphans away from Saida. She refers to the Birds Nest orphanage, run by the American charity Near East Relief.

The genocide that began in 1915 caused the death of an estimated 1.5 million Armenians and caused the displacement of thousands of others who sought refuge in the former possessions of the Ottoman Empire, including Lebanon. Among them were children who had lost their parents and were placed in Near East Relief orphanages. The palace of Nassib Pasha Jumblatt, in Saida, housed one of these centers.

Certain regions of Lebanon such as Bourj Hammoud, Antelias on the coast of Beirut or Anjar in the Bekaa are known for their Armenian population. Saida, though predominantly Sunni, was also home to a thriving Armenian community before the Civil War. At its peak in the 20th century, there were about 80 Armenian families in Saida, according to the few remaining residents L’Orient Today spoke to. These Armenians formed the face of the capital of southern Lebanon and contributed to the composition of the current urban fabric.

Makrouhi Aslanian, front row left, and his family in 2018. Michael and Alexander sit in the second row. (Courtesy of Alexandre Aslanian)

According to the Danish historian Matthias Bjørnlund, this orphanage was originally located in the town of Jbeil. Maria Jacobsen and Karen Marie Petersen, the two Danes who run it, who needed more space, found the Palace of Saïda, a dilapidated building, during their investigation. It is mainly because of the expansive terrain that the two women pick it out. And also because a well-maintained house would have cost them more to rent. The two Danes used a grant of 5,000 kroner to run the business. They welcomed 400 orphans who had taken refuge there in 1923.

Located on a hill on the outskirts of Saïda, this palace offered a breathtaking view of the city and the sea. Many residents of Saïda know this building as the Jumblatt Palace. Then surrounded by citrus groves, it was built in 1885 by a high-ranking Ottoman official, a relative of Walid Joumblatt, Nassib Joumblatt Bacha. After her death, her son could no longer maintain the house, causing it to fall into disrepair.

A visitor to the orphanage, WG Clippinger, president of Otterbein College, said in the New Near East that “the nest is a beautiful home, abandoned by a once-wealthy person and entrusted to Near East Relief to house these orphaned babies.” overlooks the calm waters of the Mediterranean. To the rear is a large playground with a sparkling fountain”, with a temporary structure built to house a school.

The place is called The Bird’s Nest because the Danes likened Armenian orphans to hungry birds. In fact, they were hungry. Maria Jacobsen and Karen Marie Petersen have the palace repaired, hooked up to electricity, planted a vegetable garden and built a bakery to help feed the children. 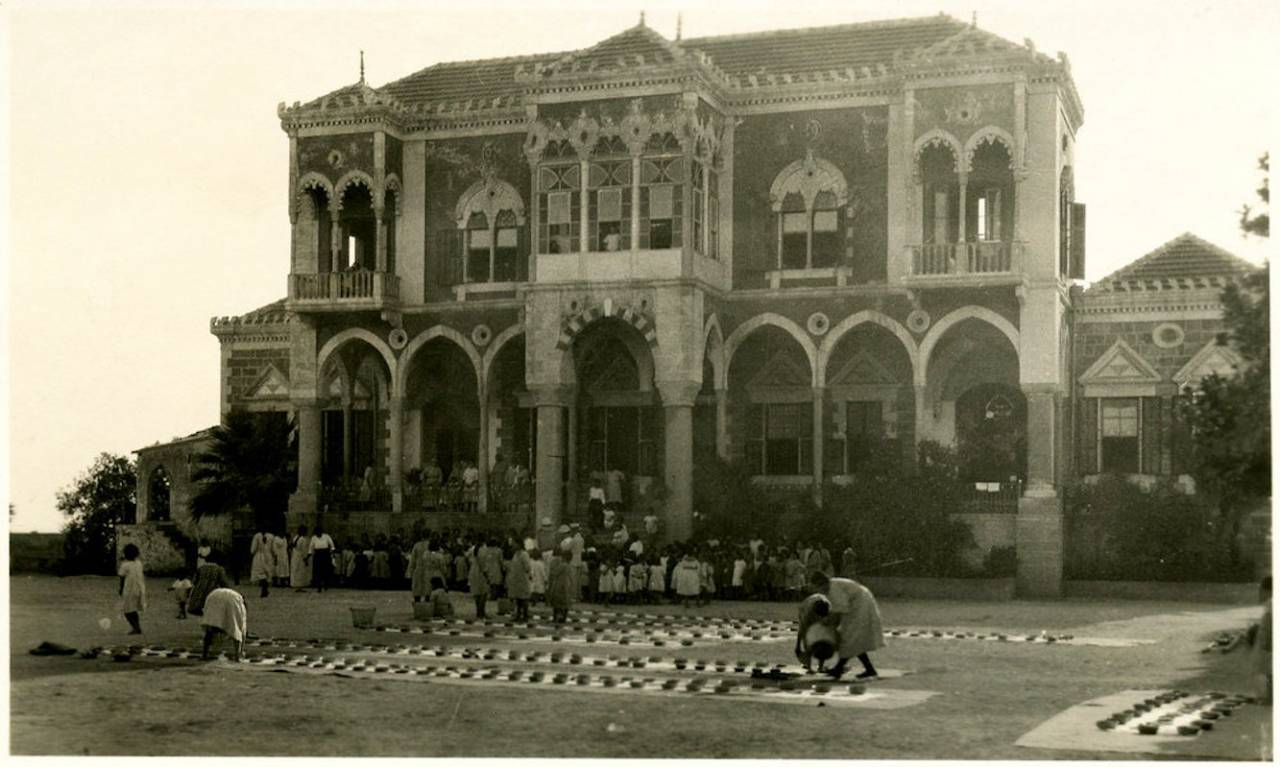 Some of the earliest photos of Jumblatt Palace were taken by American Nellie Miller-Mann, a 26-year-old photographer when she visited the orphanage. She also served as secretary to the treasurer of the Near Eastern Relief. The orphanage was eventually moved back to Jbeil in 1928, where it still stands today.

Like other stately homes in Lebanon, the Saida Palace has changed a lot. Building complexes have replaced the citrus groves that once surrounded it. But the dominant view of Saida is intact and the palace now hosts weddings.

Makrouhi Aslanian’s father was a young man when he left Adana with his mother for Tripoli. He settled in Syria for 16 years before being offered a job in a glass factory in Saida. “We came to Saïda and we stayed there,” the old lady recalls. She recalls that there was a school where children learned Armenian, located in a small wooden building built on land rented for a pound of gold. This school was built by another Armenian resident of Saida, Simon Zeron Kizirian. His son, Samo Kizirian, 79, over coffee in his office, recalls that his father arrived in Lebanon in 1920 at the age of 13, after his parents and siblings had died in the genocide. He then moved to Saida, where he worked for the railway company that was building a line to Palestine and Egypt at the time.

Simon Zeron Kizirian, self-taught, is one of the first Armenians of Saïda to read Arabic, which allows him to become an intermediary between the Armenians who did not know this language and the government. Kizirian then becomes a representative of the Tachnag party in the city. “Whoever wanted to work with the Armenians had to go through him,” says his grandson Serop.

The school he built was run with donations from the Armenian community in Lebanon. “He had a teacher from Beirut sign a contract to teach and this teacher lived in the school,” recalls his son, Samo Kizirian. 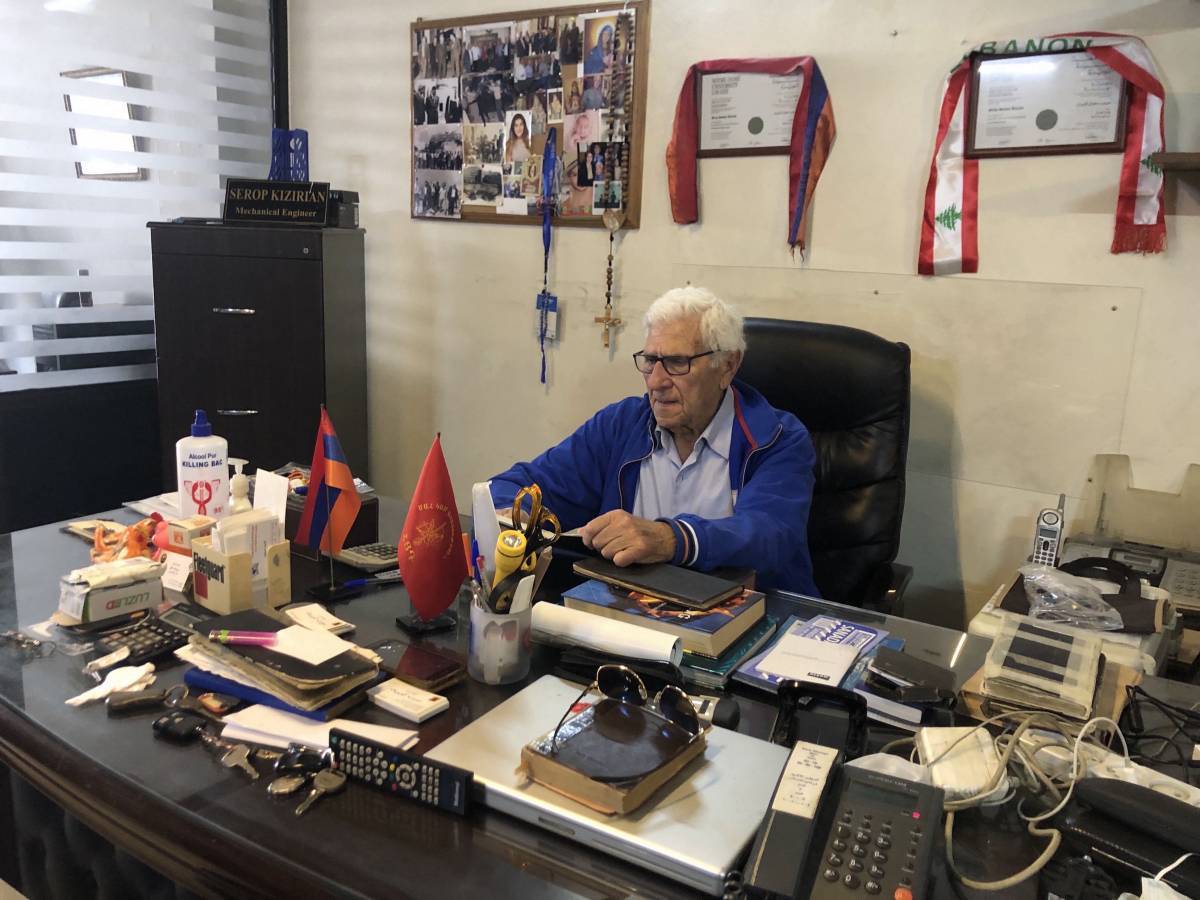 At its peak, in the 1930s and 1940s, when Armenians were still newcomers to Lebanon, the school had about 60 students. “It was a free school. It cost only five lira per head when it came time to enroll,” his son recalled. The school taught Armenian and Arabic to the children of Saida, up to the 5th grade. Samo Kizirian and his siblings were educated there, along with other Armenian children such as Makrouhi Aslanian, who later taught there.

After the 1956 earthquake, Simon Zeron asked Kizirian for donations from the Armenian community to rebuild the school, after which he established a church. Though originally intended for Orthodox Armenians, according to his son, it welcomed all religions. “We also had Catholic and Protestant Armenians, he said, because they all came and were genocide survivors. We didn’t discriminate between religions.” The school and church closed before the start of the Civil War, after the death of Simon Zeron Kizirian in 1962. Today, the site of the Armenian School, a temporary structure on rented land, houses the Saïda vegetable market in the souk district.

According to Makrouhi Aslanian, the Armenian community in Saida began to decline in the 1940s, when its members left for what was then Soviet Armenia or Beirut. Many Armenian families who settled in Saida were farmers and craftsmen in Anatolia before taking refuge in Lebanon. Today, there are still about five Armenian families in the southern city. Among them are the Kizirian and Aslanian families.

Makrouhi Aslanian’s cousin, Mickael – born to a Palestinian mother and an Armenian-Lebanese father – says many Armenians who came to Lebanon were first moved to Anjar, Beirut, as well as to Saida and Tyre. They used to settle where they worked to save transportation costs. After 1984, he continues, many Armenians started to leave the city for Beirut or go abroad. After the end of the civil war, few Armenians returned.

Alexander, Mickael Aslanian’s brother, disputes the claim that the Armenians left because of civil war violence. He says that nothing has happened to the Armenian community in Saida. They didn’t leave because of the war. “They have emigrated, he emphasizes, just like all other people who have emigrated.” Armenians have begun to move to Beirut, he adds. And if their livelihoods really improved, they emigrated to Europe or Canada.

“To be honest, Samo Kizirian bounces back, the civil war didn’t really affect the Armenians of Saïda, because the people of Saïda are very nice. Some people tried to divide us, but it didn’t work.”

With her church long gone, Saida’s Armenian community now gathers at Saint Nichan’s Armenian Orthodox Church in downtown Beirut. Unlike the 1920s and 1930s when no one in the community spoke Arabic, Alexander says that today few Armenians in Saida speak Armenian, including his cousins.

Although there are few Armenian families left in Saida, their heritage lives on in every corner of the city. Samo’s 90-year-old older brother Serop built several residential blocks on the outskirts of town for low-income people with the money he won in the lottery in 1956. Locals still call the entire neighborhood “Serop”. The same goes for the mosque he helped build in 1962 – raising money from local dignitaries and a Kuwaiti philanthropist, Abdul Latif Othman. And in the 1980s, when the Saida cemetery was full, the religious authorities needed a place to bury their dead. Serop sold them a piece of land at a reasonable price. 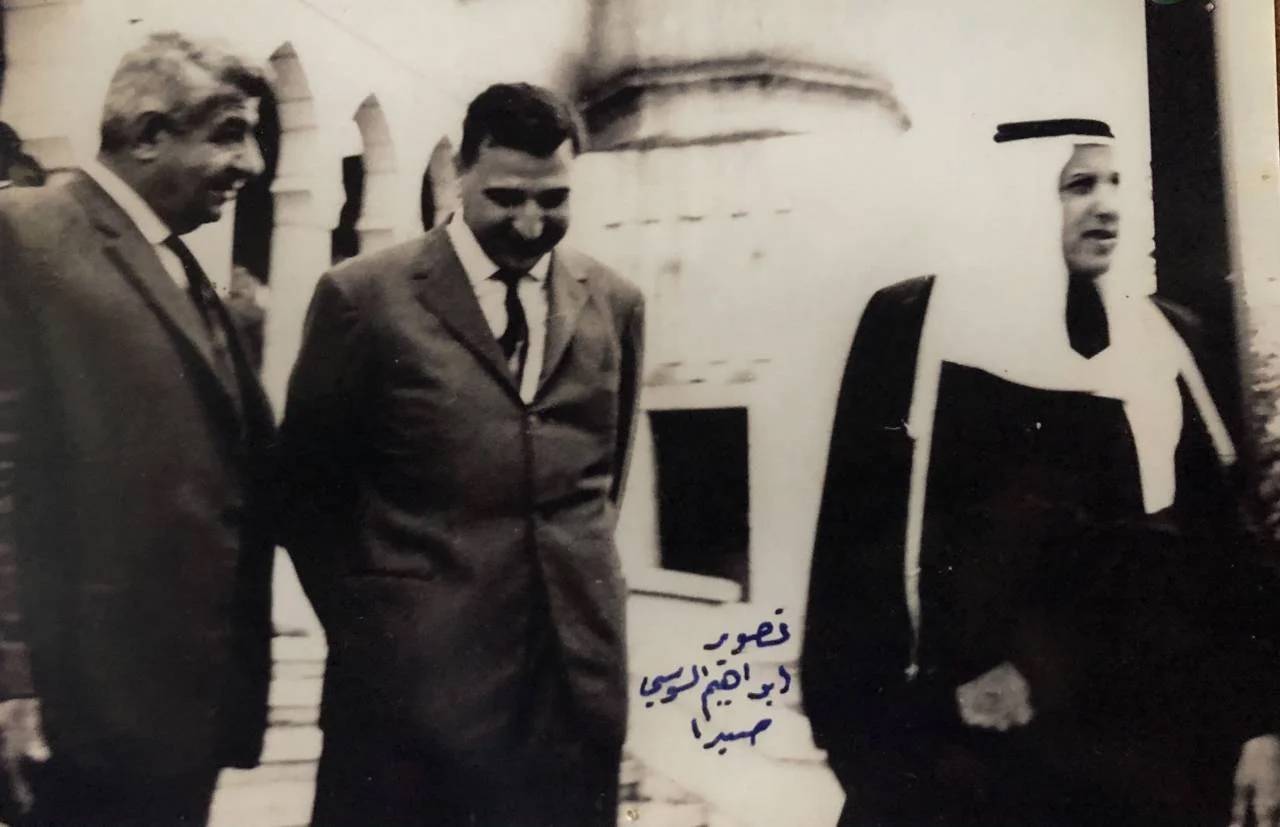 This article was originally published in English on the L’Orient Today website on April 24, 2022

Makrouhi Aslanian, 90, sits in the living room of her house and barely remembers hearing that the Americans had come and taken the Armenian orphans away from Saida. It refers to the Birds Nest orphanage, run by the American charity Near East Relief. The genocide that began in 1915 cost an estimated 1.5 million Armenians and…