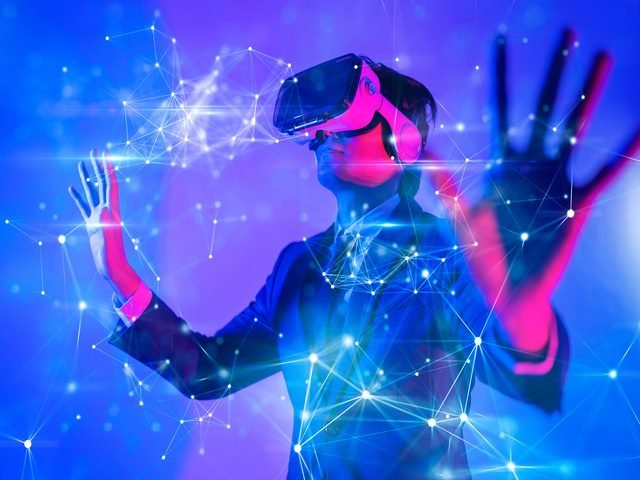 In October 2020, NVIDIA announced the beta release of its Omniverse, announced as a scalable multi-GPU real-time reference development platform for 3D simulation. Based on Pixar’s Universal Scene Description and NVIDIA RTX technology, Omniverse allows users to create 3D models of the physical world.

Another NVIDIA platform, Avatar Omniverse, debuted in November 2021. It helps developers generate, animate, simulate, and render advanced interactive avatars for use in NVIDIA Omniverse. It also includes AI-compatible toolsets, accelerated rendering, and simulation technology, all designed to make it easy to create realistic, high-fidelity avatars. While still in development, developers can join the waitlist and use NVIDIA Omniverse Audio2Face to generate expressive facial animations while waiting.

On January 10, 2022, at CES, NVIDIA announced that Omniverse is no longer in beta and available to consumers for free, a move likely in response to Facebook’s rebranding to Meta three months earlier.

Mark Gruenwald, writer and editor for Marvel, and one of the great theorists of the concept of the omniverse, defined it as “the continuum of all universes, the space-time matrix encompassing all the alternate realms of reality”. Despite his background, Gruenwald claimed the idea wasn’t limited to comic books.

NVIDIA sees its Omniverse as the mother of all metaverses, not just a digital twin simulation platform for industrial operations. It is the collection of all existing universes in the physical and digital realms, and it connects the metaverse with a shared virtual universe.

Related Article: Will the Metaverse Revolutionize Marketing and Customer Experience?

Competitors in the Multiverse

NVIDIA Omniverse isn’t alone in trying to dominate the multiverse. Another Web3 metaverse, Decentralized, is also available as of 2020, but only 15-20% of it has been developed. It was created by a group of Argentine software engineers who had a vision of a user-controlled virtual world that would allow people – using personalized avatars – to “create experiences” on plots. Users buy and sell land using Manatous tokens that are part of the Ethereum blockchain.

At Microsoft Ignite 2021, Microsoft CEO Satya Nadella said that as the digital and physical worlds merge, Microsoft is creating an entirely new platform layer – the metaverse. “The Metaverse allows us to integrate computing into the real world and integrate the real world into computing, bringing a real presence to any digital space.”

Mesh for Microsoft Teams, announced in late 2021, will be available in the first half of 2022 and will enable video conferencing users to share immersive experiences.

Another newcomer to the universe, Roblox launched in 2006. As of April 2021, Roblox had 202 million monthly active users – an increase of 56 million since April 2020. With hundreds of different “realities”, customer avatars, the ability to create unique worlds and an internal currency (Robux), Roblox has a strong edge.

Let’s not forget Facebook, which officially changed its parent company’s name to Meta. The company sees itself as the next evolution in social connection and plans to bring a 3D world to the masses using virtual reality, based largely on the Oculus VR headset (the parent company that Meta acquired in 2014). ).

Meta’s first entry into the metaverse, Horizon Worlds VR platform, is available for Oculus Touch on the Quest 2 platform. The company is said to include tools for using cryptocurrency in the game.

Many people believe that NVIDIA has created a platform that the biggest brands on the web will use to create virtual experiences. It is presented as the evolution of the web – the Metaverse, which is part of the mother of all Metaverses, the Omniverse.

It will be interesting to see how this plays out in the long run as many players have yet to break into the Metaverse playing field.

Related article: Microsoft, Facebook and the future of the metaverse(s)