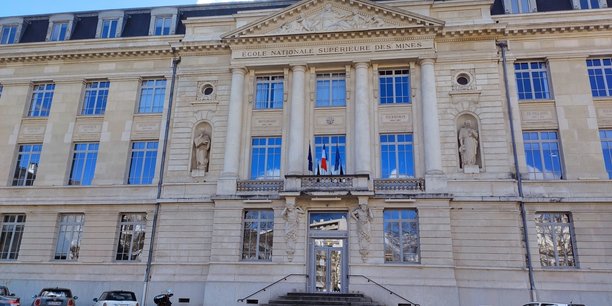 Three months after Pascal Ray, director since 2014, left for Centrale Lyon, the Ecole Nationale Supérieure des Mines de Saint-Etienne knows the name of its new boss. This is Jacques Fayolle.

This can already remove an important item from the traditional checklist of new school principals: it is already well established in the regional higher education ecosystem and in the territorial economic ecosystem.

Indeed, at the age of 51, since 2012, he has been running Telecom Saint-Etienne, a technical school specializing in communication and information technologies, and is affiliated with the Institut Mines Telecom like its big sister from Saint-Etienne.

The man, Stéphanois by birth and very attached to this field, has also spent his entire career there, from his doctorate in computer science at Jean Monnet University to the Ecole des Mines, that is, through lecturer and university professorships.

The new director of Mines Saint-Etienne has also held numerous elected posts, notably within the Conference of Directors of French Engineering Schools (CDEFI), which he has chaired since 2019.

He was re-elected to this position last year. Jacques Fayolle is involved in Digital League, the cluster of regional digital companies, and since 2019 has also chaired the Learning Lab Network Foundation, which unites a hundred public and private institutions with innovative training spaces.

“I led a digital pure-player school for a long time, but I chose the Ecole des Mines because the three main specialties interest me: the industry of the future, the health of the future and connected objects. These three areas, digital is a growth factor”laughs Jacques Fayolle.

The new director does not intend to revolutionize a school with a solid foundation, but is considering the possible creation of a fourth axis of excellence around digital technology, in collaboration with Telecom Saint-Etienne, “If (his) successor is open to the idea of ​​course”†

Another topic that he might soon bring to the table: that of recruitment after the baccalaureate.

While more and more technical schools are creating integrated preparatory courses to diversify the profiles of their students, Mines Saint-Etienne could also look at the subject as well as that of bachelors.

The two other engineering schools present in Saint-Etienne (Telecom Saint-Etienne and Enise) already offer integrated preparation. Centrale Lyon will also follow this path, from the start of the next school year, with a first integrated preparatory class. And it is in Saint-Etienne that the establishment, headed by the former Stéphanois Pascal Ray, has chosen, in addition to the course offered by Enise, since the beginning of last year to establish it the internal school of Centrale Lyon.

The new director of Mines Saint-Etienne takes on his new responsibilities and follows in the dynamic footsteps of his predecessor. “He placed the school on an exceptional trajectory, with strong specificities, recognized in France and internationally”emphasizes Jacques Fayolle.

Indeed, since 2018, the number of students has risen sharply, from 2,000 to 2,500 (Saint-Etienne and Gardanne campuses near Aix-en-Provence), for an annual budget of around 50 million euros.

The school has recently joined the TIME (Top International Managers in Engineering) network and is now listed in three international rankings: the Times Higher Education World University Ranking, the QS world University Ranking by subject and the Times Higher Education Impact (THE) . The latest ranking, published at the end of April, places it in THE’s TOP 600 Impact, which refers to establishments according to the UN’s 17 Sustainable Development Goals. The Ecole des Mines also has six grants from the Education Research Council (including two on health), a key indicator of the recognition of its research policies.

Another interesting benchmark of its performance: it has four technology platforms, including Diwii on the region’s digital campus, and very soon Twin, for metal/ceramic additive manufacturing and the innovative Waam technology for welding.

“I intend to continue and build on all these successes. In the medium term, I would like the school to significantly improve its position in the international rankings. Between the beginning and the end of my tenure at Telecom Saint-Etienne, all health indicators have doubled: workforce, budget, ranking. My ambition is to do the same with the Ecole des Mines”.

He hopes to be supported along this path by the next CPER (State-Region Plan Contract) for the total renovation of some 30,000 m² of the school, which is now aging and no longer corresponds to the dynamic image that ENSMSE wants. convey.

The project is important, worth more than 35 million euros, to get a campus of the future, as modern as the technological platforms deployed over the past two years, to support companies in their innovations.

Further strengthening the position of the school in the regional ecosystem

Another facet of the path on which Jacques Fayolle wants to lead the Mines Saint-Etienne: that of better integration into the regional ecosystem.

“Mines Saint-Etienne is the school of the Institut Mines Télécom for AuRA and PACA. We have to take on that role of bridgehead, our presence may not be demanded enough in the region.”†

In particular, the new director wants to take his share of leadership in the regional higher education landscape.

But after the successive failures of the Idex (in which the technical school did not participate), and very recently, of Lynx, a project presented to the PIA4 by 17 other sites in the region (including Lyon I, the leader, Mines Saint- Etienne, Lyon 2, Lyon 3, CPE Lyon, Centrale Lyon, VetAgro Sup etc.), intends to stick to collaborations “according to the projects” for the time being, without structuring problems.

“We want to share more with the other technical schools in Lyon and Saint-Etienne, we are thinking about how we can join forces to respond to ambitious project calls”†

Jacques Fayolle will officially take office on 1 May. On May 5, there will also be elections for the new management of Telecom Saint-Etienne. There are currently three applications on the table, one of which is external.