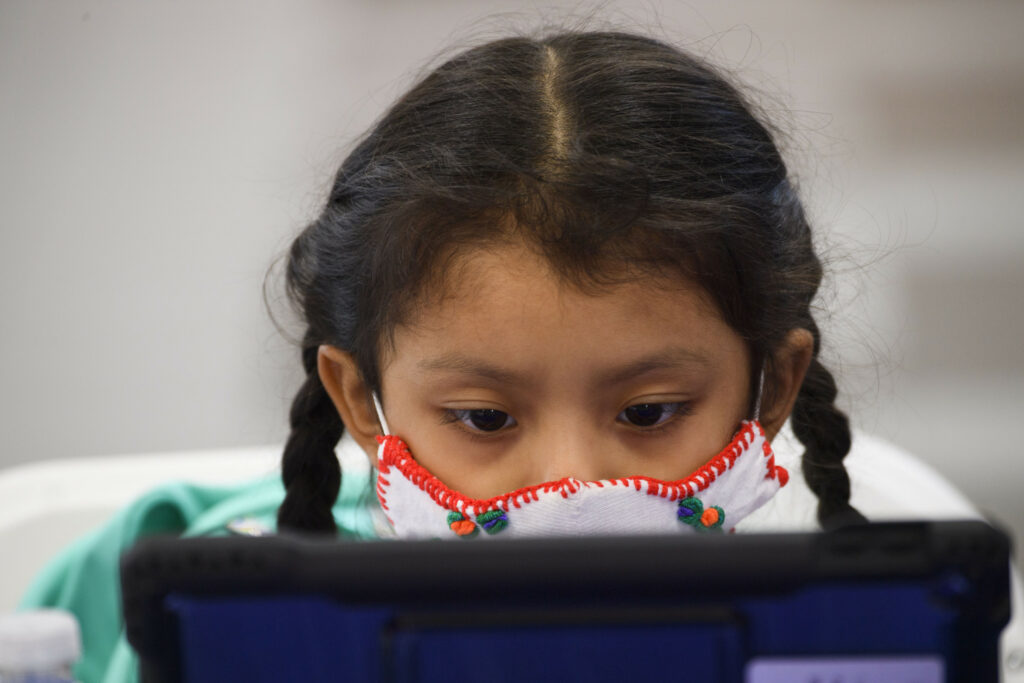 The metaverse has the potential to transform classroom teaching. Still, we must be careful about allowing big tech companies to invade our schools. Next-generation educational technology should not come at the cost of turning our children into nothing more than a new source of data mining.

Before we allow Meta, Google and Tencent into the fabric of our education system, we need clear assurance that it won’t just be a matter of business as usual. Before we let our kids approach the metavers, we need to be absolutely clear about who is watching and how.

The biggest development in education in the next 10 years will be the introduction of the metaverse into everyday learning. Zoom virtual classrooms have already become the norm thanks to the pandemic. What if instead of the teacher teaching the class, it was a student favorite celebrity who teleported to their room via the metaverse?

Historians are already working on projects to faithfully recreate places from the past, such as St Andrew’s Cathedral and the long-lost Palace of Westminster that burned down in 1834. Imagine a student getting his next history lesson at the Colosseum in Rome, or consider the implications of a student sitting at the forefront of the battlefield during the Civil War; the metaverse could make all of this possible.

However, despite all the possibilities for educational enrichment, the metaverse also poses a major threat to the safety of children.

In 2016, British political consultancy Cambridge Analytica collected data from millions of Facebook profiles without their users’ consent. The company would target users by inviting them to play free games on Facebook or on a separate application. These games require users to login and give permission to share not only their data, but also that of their friends and mutual friends.

After the data was collected, Cambridge Analytica built psychological profiles of users before targeting them with tailored political ads designed to convince them to vote for the Leave campaign or for Donald Trump in the US presidential election.

Facebook made a lengthy defense claiming they were not at fault. After the scandal, many resigned themselves to the fact that Facebook’s business model was based on the sale of personal data and that if there was too much regulation, the service would have to pay.

We know that Gen Z share a lot more online because they spend more time on the internet than their older peers. They are less skittish about how their data is shared, despite being the first generation to digitally track their entire lives. Facebook’s age limit is 13, although there are few controls to prevent younger children from signing up.

So-called Web 3.0 and blockchain technologies promise to challenge this model by decentralizing the internet and allowing individuals to monetize their content and themselves without depending on a third party for their terms of use. It puts ownership at the forefront of Web 3.0. It shouldn’t surprise us, we live in a capitalist society; The Internet is the largest and most profitable market that has ever existed.

However, we must be careful. Web 2.0’s ‘free’ business model gives schools the ability to interact online with all human knowledge. However, this should not come at the expense of data collection and contextual advertising that can distort the minds of our young people.

It should be remembered that in the metaverse it will be possible not only to extract information about screen time and clicks. Our eye movements, body movements and even our vital signs like heart rate can be tracked to form even more eerily accurate digital profiles of people. I sincerely hope that education does not fall prey to the model of surveillance capitalism.

We need a golden mean. The open source spirit of the past two decades should always be visible in education. However, we must ensure that this is not at the expense of privacy and data collection. One of the guiding principles of child protection is the assumption that children cannot give consent before the age of 16. The same principles should apply to their online data. It should remain tamper-proof until they fully understand the implications of the sale.

The transformational potential of the classroom metaverse is revolutionary. We must take advantage of these technologies for the benefit of our children. If we allow our kids to become part of Big Tech’s voracious data-gathering business model, we’ll have only ourselves to blame.

Léon Hady is the founder of Guide Education. He is an award-winning school leader and contributes to: BBC news and the independent†

The opinions expressed in this article are those of the author.