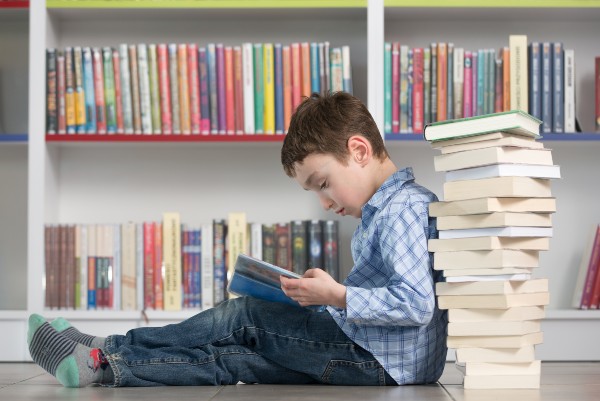 Despite their long history (see box), school libraries remain poorly known for lack of data collection. “The current absence of statistical data on school libraries does not allow us to have an accurate knowledge of their number and their characteristics. It also does not allow to have an idea, even vague, of the funds committed annually for the purchase of the works present in these libraries,” warn the inspectors of theIGESR authors of the report titled “School Libraries, Inventory, Educational Use, Student Reading Practices” and published in late 2021.

In an effort to partially illuminate this blind spot of policy in favor of reading and school documentation, the rapporteurs therefore put their magnifying glasses on the school libraries in eight academies (1)the observation was extended to some other areas in the year 2020-2021.

Primary school libraries are at the crossroads of two ministries and their action in the areas: since 1984 “the Ministry of Culture has indirectly contributed [au fonctionnement des bibliothèques d’écoles] both through the financial support it provides for the development of local libraries, which can serve as information centers for school libraries, and through mechanisms such as area-reading contracts starting in 2010,” the report’s authors explain.

For its part, the rapporteurs continue, “the Ministry of National Education has recently given new impetus to school libraries, directly – an allocation of €6.5 million accrued since 2018 for the purchase of books – or indirectly – for example through educational cities. A vademecum has just recalled in 2020 not only the importance of school libraries, but also the main criteria that must be respected so that they can play their role to the fullest. »

Municipalities that are “choice” partners of school libraries

The report emphasizes the fact that the municipalities, through their municipal libraries, appear before their libraries as the primary partners of the schools. A partnership that “goes well beyond best practices such as the discovery visit at the beginning of the year, the rapporteurs underline. They often contribute to the enrichment and renewal of works present in school or classroom libraries. †

The authors sought to identify levers for the development and sustainability of these relationships, citing as enabling elements:

They also identified several prerequisites for a quality school library, most of which require the contribution of municipalities:

In total, the rapporteurs make eight recommendations, with local authorities rarely missing. By advocating the continuation of the “libraries” plan of the General Directorate of School Education (DGESCO), they therefore insist on the need to “strengthen the obligations of the municipalities for the schools wishing to benefit from national funds in under this plan.”

The authors also ask the Ministry of Culture to “maintain and, if possible, strengthen the system of territory reading contracts, and ensure that the part related to the partnership with the educational institution, when the nature of the project is ready, not only present but keep in mind the nursery and primary schools. »

Another recommendation addressed to Rue de Valois: bring together drake with the rectors. The aim is for the departmental libraries to provide training modules for the teachers responsible for the school library. “These training courses could be made possible in part by a librarian and a national education trainer. Ideally, they should allow the staff of the territorial libraries and the staff of the national education of the same area dealing with their school’s libraries to meet and make useful contacts for future collaborations. †

Likewise, within the framework of the “Plan Frans” (plan to strengthen French in schools), the authors urge that the “French” referees be made aware of the partnerships forged with local libraries.

Another suggestion: the implementation of training for those in charge of school libraries, which “could possibly be organized together with agents of territorial libraries.

The history of school libraries dates back to 1862, when the Department of Public Education issued a decree to establish one in every school. However, it will wait until 1975-1976 to see six schools experiment with their modern version of “library-documentary center”, a formula that will be generalized in 1984 by the Ministries of National Education and Culture with the publication of the Circular No. 84 -360 of October 1, 1984, specifying that these libraries fit “into the school’s educational project and the local reading development project. » Even though 2008 marks the return to the name “school library”, its characteristics and educational objectives have remained unchanged since then.