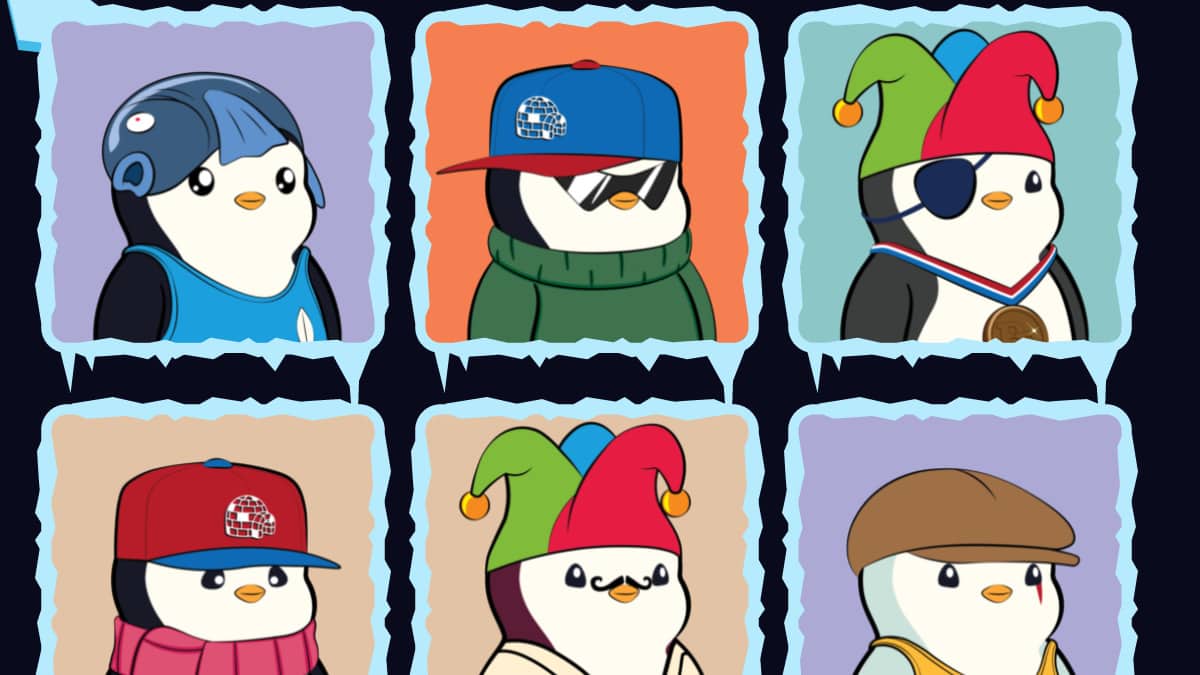 Pudgy Penguins is one of the most expensive NFT collections on the OpenSea marketplace, and the project just sold for the equivalent of $2.5 million in ETH. Find out everything you need to know about this collection.

You may not know the Pudgy Penguins yet, but this collection of NFTs could be the most expensive of the world alongside Cryptopunks or the Bored Ape Yacht Club. The project was just bought by Los Angeles-based entrepreneur Luca Netz for 750 ETH (about $2.5 million at current prices).

This investment gives Luca Netz control over the project and the royalties. The businessman buys the Pudgy Penguins collection from the four original co-founders of the project. He is now the new leader of “The Huddle” alongside employee Cameron Moulène and several other Pudgy Penguins keepers.

Taking control of the project allows the Netz group to launch a cryptocurrency token linked to this NFT collection and organizing “airdrop” distributions. Several other rights are granted to him.

This agreement follows a conflict between the project’s creators and the fan community. In January 2022, via a Discord vote, collectors chose to fire the founding team† Since then, owners of Pudgy Penguins have been waiting to be determined about the future of the project.

The agreement between Netz and the four founders, as Netz himself admits, took longer than expected, but is now final. Since the rise of the buyout confirmation rumors, NFT Pudgy Penguin trading on the NFT Marketplace has peaked. The price floor jumped to 2.5 ether as it has fluctuated between 0.7 and 1.4 ETH in recent weeks. the Cheapest Penguin is currently listed at 2.2 ETH†

To avoid suspicion of April 1, Netz preferred to wait until April 2, 2022 to officially confirm the sale on social networks. Anyway, traders did not wait for the green light go wild.

What is the Pudgy Penguin Collection?

Pudgy Penguins, launched in July 2022, is quickly became one of the most popular NFT collections† It represents over 49,000 ethereum in trading volume on the OpenSea marketplace, representing $171 million at the current price of ETH.

In particular, this collection served as an example for the New York Times to present the NFT phenomenon. Among the holders are various celebrities such as rapper Tory Lanez or NBA basketball player Steph Curry.

It represents a penguin character, dressed in randomly selected accessories†

Chronicles of an Internal Conflict

The community of NFT Pudgy Penguin holders, otherwise known as “The Huddle” or “Pengus”, has been through a complicated time. On several occasions, the collection was accidentally removed from the OpenSea platform and turnover decreased† For this reason, the community is calling for a more competent leader.

According to multiple sources the founding team of Pudgy Penguins has made a lot of promises to the community. In particular, she promised a children’s book, a cryptocurrency token and a metaverse game around the character. Unfortunately, none of these projects got off the ground.

At the same time, other NFT projects such as the Bored Ape Yacht Club and Cool Cats have seen rapid price increases. The Pudgy Penguins holders were therefore disappointed, with the impression of having bet on the wrong horse. However, co-founder Cole Thereum repeatedly ignored their requests for explanations via Twitter.

Tension came to a head on Christmas Day, when a highly anticipated airdrop revealed rod NFTs† According to the Community Manager of Pudgy Penguins, called ActuallyAgents, it was the straw that broke the camel’s back. Many Penguins owners were hoping for the video game’s announcement and were deeply disappointed.

In January 2022, Twitter user 9x9x9, owner of the very rare Banana Penguin, wrote a series of messages suggesting the founders of Pudgy Penguin had used up the project’s money. He then suggested that she sell him the project for the sum of 888 ETH†

That revelations have unleashed the fury of the community, and this is how the founders got banned after a vote on Discord. From then on, the floor price dropped below 0.5 ETH. 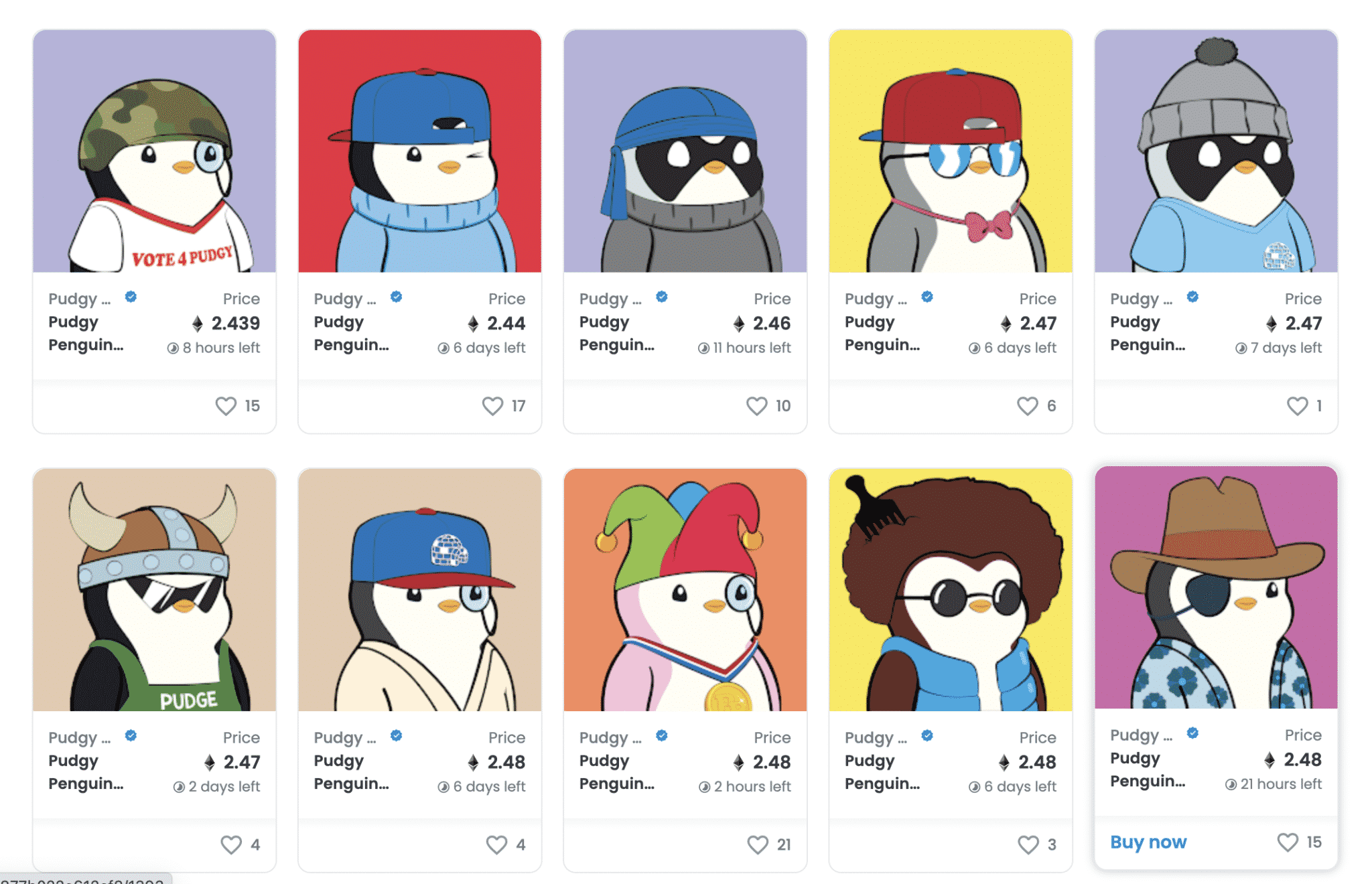 A relentless bidding to buy the project

Following this vote chaos has descended on the community† The different bids to buy the project are divided. In early January 2022, Luca Netz offered 750 EHT to buy the collection. Other offers have been made, such as that of Zach Burks, founder of Mitnable, or that of influencer BeanieMaxi.

Another trader with the nickname Vincent Van Dough announced the “wrapping” of its 50 penguins to reduce the royalty payments from the project’s founders. The aim was also to accelerate the formation of a Central Autonomous Organization (DAO).

Wrapping refers to a smart contract where an asset is used to produce a parallel asset. Coincidentally, this technique allows a penguin keeper to preserve the aesthetics of their NFTs while by cutting ties to the original ERC-721 contract† However, the “wrapped” penguins can be re-transformed at any time. Soon, more than 560 penguins were packed, or 6% of the project.

To top it off, Van Dough Burks offered to sell him his Shark Penguin with a promise to end the Wrapping movement. Several members have preferred to leave the project despite these internal tensionslike 9x9x9.

Luca Netz’s first NFT purchase was a Pudgy Penguin. He was attracted by the cheerful character of this collection, and bought his first penguin in the summer of 2021 for about 0.1 ETH. According to him, ” NFT collections that inspire emotions are the most powerful †

Earlier, the entrepreneur made his fortune through a dropshipping company to success. Now he plans to lead the marketing of the project and turn Pudgy Penguins into ” a brand known both inside and outside the NFT world †

The businessman did not reveal his plans, but left a clue. When asked if he plans to launch a Pudgy Penguin toyhe stated that he » fiscally irresponsible if he doesn’t…

Will there be a Pudgy Penguin token?

Pudgy Presents are revealing and will play a pivotal role in the Pudgy Penguins story! Check them out here: https://t.co/BJRG1UxxHy pic.twitter.com/FP8NR3cJ3f

For a very long time, Pudgy Penguins fans are waiting for a token of cryptocurrency linked to the NFT collection. As influential community member and Ghost Penguin owner GiganticRebirth explains: ” the expectation of tokenization fosters speculative fervor †

The launch of such a token would enable Pudgy Penguin to follow in the footsteps of Yuga Labs and his Bored Ape Yacht Club project. In early April 2022, the startup launched its ApeCoin token. For now, however, Netz refutes those rumors. However, he specifies that the token will promote respect for the law when it sees the light of day.

What future for the Pudgy Penguin project?

After all these disagreements, and after Netz’s takeover of the project, the Pudgy Penguin community begins a new chapter looking to the future† Twitter user “ActuallyAgents thinks” very optimistic and confident towards Luca and the team he has put together †

According to this influential member, Luca Netz brings “ a much-needed philosophy of compassion and inclusivity † † However, only time will confirm its ability to carry out the projects announced by the collection’s founders… 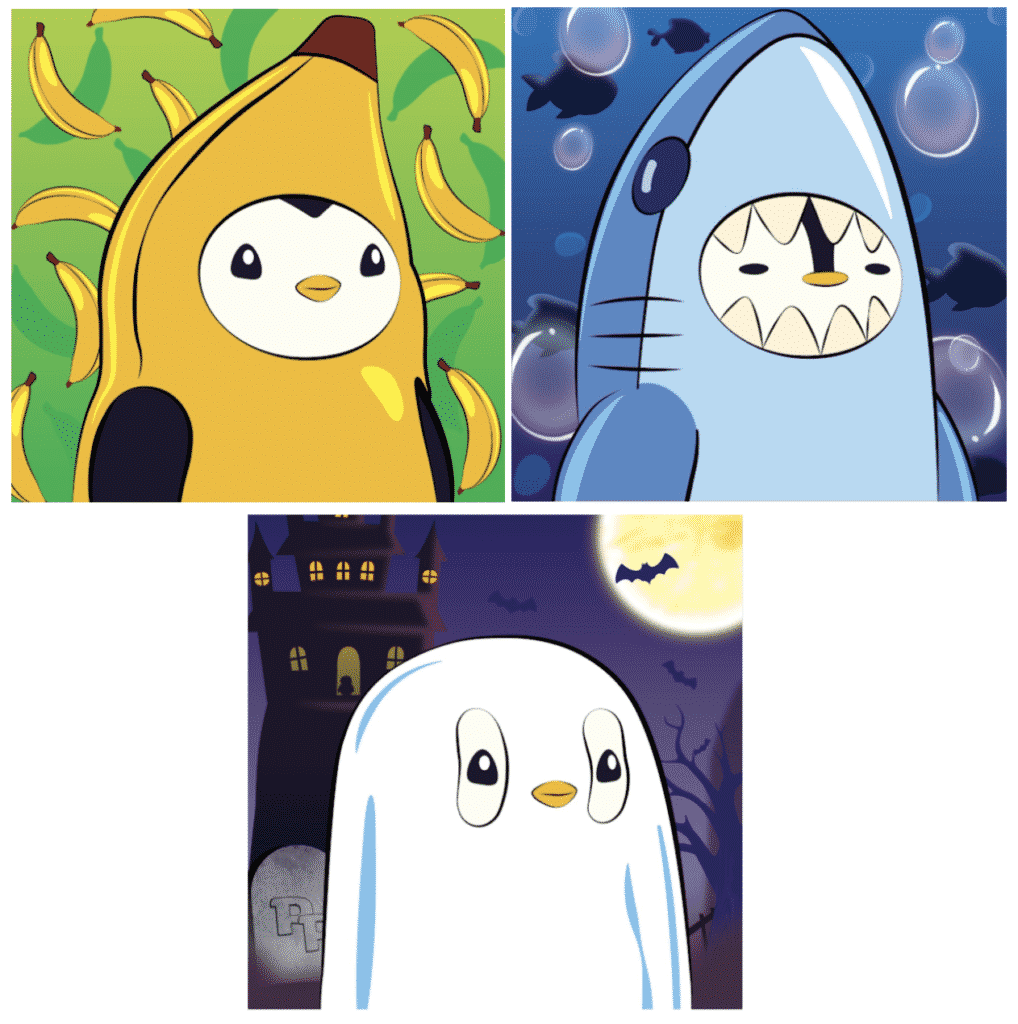