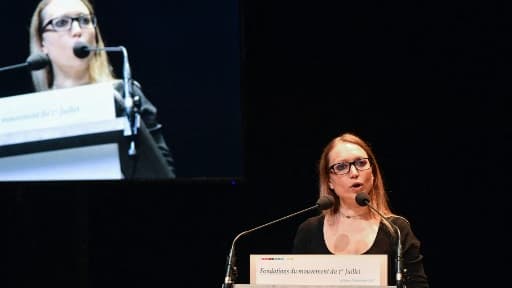 As new debates on the regulation of cryptocurrencies will begin next week, MEP Aurore Lalucq gave an interview to BFM Crypto.

BFM Crypto: As a member of the Economic and Monetary Committee of the European Parliament, what do you think of the framework for cryptocurrencies at the French level?

Aurora Lalucq: The oversight of crypto assets – I insist on the word assets, because they are financial products and not currencies – at the global level is almost non-existent. France is one of the first countries to have worked in the field, notably through the introduction of the PSAN (Digital Asset Service Providers) regime. Yet this is quite insufficient: crypto players currently do not have to meet the same obligations as those of the so-called traditional finance.

Can you give us an example?

For example, there is uncertainty about the framework of the known PSANs, which may be subject to registration and/or approval. The problem is that only accreditation is really binding and sets real standards of transparency and good governance. But it remains optional. A double standard that makes the current certification procedure for crypto platforms unreadable and therefore ineffective. If registration is easy to obtain, approval is more limited. The players also largely play on this ambiguity by explaining that they are registered with the AMF when this has virtually no effect on them and their practices.

We have enacted legislation at European level to bring legislation closer to accreditation. The idea was to have a regulatory framework that is the same for everyone and that we have a system that is almost approved under the Mica regulation (the draft European regulation “Markets in Crypto-Assets” currently under discussion, note from the editors). We want to propose robust regulations in a sector that until now has had almost no obligations. For example, when a person goes to their banker, they must meet certain criteria, this does not always exist on the side of crypto asset trading platforms.

What Are the Other Components of Mica Regulation?

Mica strives for a better definition and thus better regulation of crypto assets on a European scale, because today there is little regulation and almost no supervision. We want to standardize these rules at European level to better protect consumers and users. In addition to these claims, asset classification and supervision, the obligation for service providers to obtain approval, to subject their senior managers to aptitude and reliability tests, the issue of equity is also addressed.

Likewise, it is a matter of applying the same standards to cryptoassets as are required in the world of banking and finance. For example, there is no obligation for market manipulations in the crypto sector, as is the case in the financial sector. Mica provides rules to prevent some market manipulations and scams. Another example, in traditional finance, a banker needs to provide a financial product at the best price: this is not the case in the cryptocurrency sector and Mica is trying to lay the groundwork for better user protection.

Doesn’t the regulations go against the philosophy of the sector that wants decentralized? Why apply the same rules as in the traditional sector?

Because a financial sector, whether decentralized or not, remains a financial sector and simply has to comply with a number of rules. The challenge is to bring the cryptoassets into normal rules, which apply to the rules of banking and finance. In addition, the “anti-system” nature of the cryptosphere is often used as a pretext to hide very real interests. Moreover, it is not up to market players to set their own rules when we are in a market worth around 3,000 billion and more and more bridges are being built with traditional financing.

We believe that there are risks of financial instability as the crypto asset sector has been able to develop so far without following any rules. So yes, with the proliferation of regulations, the disappearance of products that are dangerous to consumers, players are in danger of disappearing, as is always the case when an industry is regulated and as is the case in traditional finance.

Another sensitive topic from Mica has been the debates surrounding bitcoin mining, with the method of validating transactions “proof of work” or PoW featured in the viewfinder. What position have you defended?

I am against PoW for environmental reasons. In addition, many of us prefer the proof of stake method because we find the proof of work method far too polluting. With Mica, there was some sort of industry turmoil concerned about one of its flagship PoW-dependent products, bitcoin. But Mica reminds today that PoW technology is very polluting. Subsequently, it is urgent to estimate the environmental consequences of this mining method and to draw conclusions.

Mica will enter the trilogue in mid-May (trilogue negotiations within the European Union between the Parliament, the Council and the Commission) and there is a risk that the negotiations on the environmental issues will not go in the right direction. On the side of central bankers and certain regulators, on the other hand, the subject is taken very seriously. It will therefore be necessary to return to these essential questions, irrespective of the results of the trilogue.

As a shadow rapporteur on this subject, what measures have you included in the TFR Directive (for “Money Transfer Regulation” that aims to apply anti-money laundering measures?

The anti-money laundering package, which includes the remittance directive, has reopened to include crypto asset issuance. In this context, I defended the implementation of user identification (KYC or “know your consumer”) from scratch. Why such a threshold? Because the specificity of technocrypto allows it to be quickly used in the context of smurfs, that is, the fact that small amounts of money are fragmented and sent to a recipient quickly and immediately, which is not possible for a bank. It’s not about pointing the finger at cryptoassets, it’s about protecting people. My other request was that crypto platforms also ask for identification when transacting with unhosted wallets, which we know nothing about these days, kind of like black holes in the crypto environment.

How will these topics be received during the trilogue on the TFR on April 28?

These measures are criticized by some. I am hopeful that everyone will be accountable and that the lack of a KYC threshold in the trilogue will be maintained. On the other hand, under pressure from the crypto industry, I doubt that we will succeed in winning the case on the issue of unhosted wallets.

What did you think of the cryptocurrency industry’s letter warning of plans to regulate the sector? In particular, the industry points to the issue of the threshold above which transfers of crypto assets must be accompanied by information about the sources and beneficiaries of the transfer.

As regards the FATF (Financial Action Task Force, an intergovernmental body that brings together some 40 Member States and sets international standards for money laundering and terrorist financing, editor’s note), the European directive initially proposed a threshold of EUR 1000 , such as those of banks . However, it was the Council that proposed a zero threshold, a proposal that I championed and which was adopted and approved in the ECON Committee (Economic and Monetary Affairs Committee, editor’s note) in the European Parliament. So there seems to be a majority on this point. Moreover, the European regulation is not intended to destroy decentralized finance, but simply to bring it back to the rule of law. Who could be serious about that?

How do you view the other regulatory projects?

In the United States, there are regulatory tendencies. They could be stronger than in Europe. The IMF continues to warn about the link between traditional finance and crypto assets. In the United States, the regulator and the regulator can be very harsh. In Europe we are progressing much faster than in the United States, which is good. This European regulation is a very good start, it needs to be evaluated to see what the shortcomings are in a second step. In addition, I think there is a directive in the financial field: ‘same services, same risks, same rules’. I think we should reopen other European guidelines to include the issue of crypto assets.

What are your next open files?

We will soon be working on the link between new technologies and taxes, in particular how cryptoassets and blockchain pose new challenges in the tax field, how blockchain can be useful in the fight against tax evasion and fraud, as well as how cryptos can be used in the field of fraud and tax evasion.